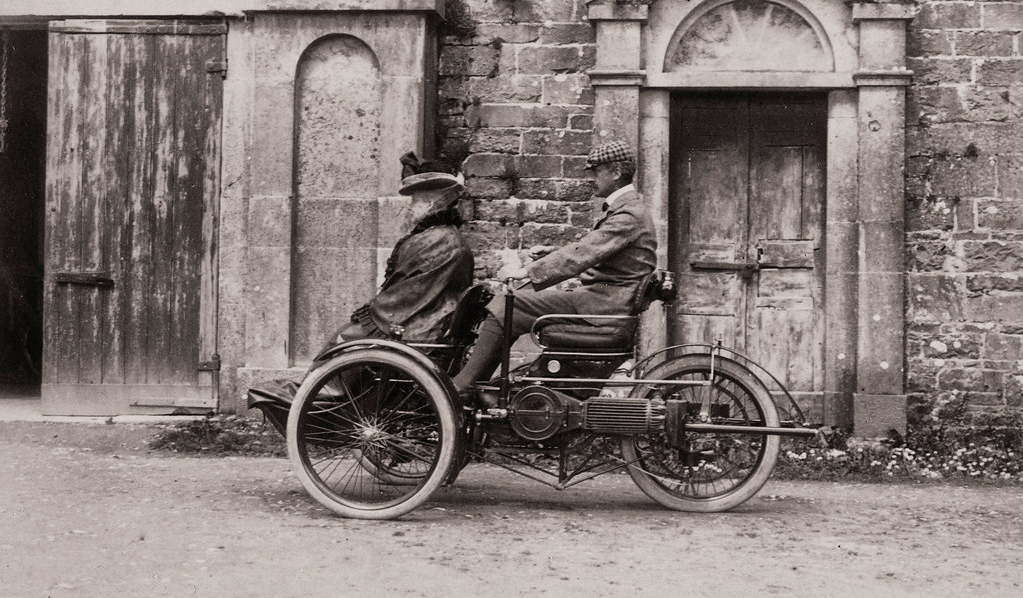 Had James Joyce read the first paragraph of The Real Charlotte by the writing team Somerville and Ross when it was published in 1894, he would have felt its lines were speaking directly to him, even mocking him for the life his family had lost: “An August Sunday afternoon in the north side of Dublin… stifling squares, wherein the infant of unfashionable parentage is taken for the daily baking that is its substitute for the breezes and the press of perambulators on the Bray Esplanade or the Kingstown Pier.” At five to nine years of age, James lived with his family in a large, fashionable house in Bray so close to the Irish Sea that their street was occasionally flooded. His father’s friends arrived often from Dublin to spend the day at their home; the group would eventually campaign for Charles Parnell, the incipient king of the Irish Catholic middle class and Cork City MP. When Parnell was condemned for a marital affair and died, the Joyce family’s material life began its staggered descent. Young James was withdrawn from Clongowes Wood College, a reconstructed medieval castle and elite Jesuit school; his father, dismissed as a rate collector and pensioned for a small annual sum, moved the family to North Dublin’s Mountjoy Square—their last comfortable residence—just before they plunged into poverty.

Violet Martin, the “Ross” of Somerville and Ross, met her cousin Edith Somerville at a party in 1886 when she was twenty-three. She became enamored with Edith’s popularity in their family circle—an elite Anglo-Irish Protestant crowd whose members the women would dub “Buddhs” for “Buddha-like, self-satisfied and self-contained”—and began writing Edith letters, despite being rebuffed for several months. When twenty-eight-year-old Edith finally wrote back, her words immediately served to mentor Violet in the way of narrative writing: “Old Di was in a crisp black satin—on one side of her body was a sort of raw beef steak looking splodge of ribbon—on the other an immense silver lizard was displayed, rampant, and silver jewels of great weight and magnitude jangled all over her person,” she wrote. Violet responded in similarly flamboyant tones despite a solemnity in her voice imbued by her father’s early death, and hinted at their collaborative destiny: “their talk was of Handel, and other exalted themes as far as I could gather… the actors just gabbled their parts throughout—they never WILL let themselves out at rehearsal.”

The Real Charlotte, Edith and Violet’s third jointly-written book, is considered by some to be the “finest Irish novel of the nineteenth century,” according to Julie Ann Stevens’ The Irish Scene in Somerville & Ross. It was published to popular acclaim when Joyce was twelve. Is it any wonder, then, that familiar notes tumble out in these two works? Take their first paragraphs:

An August Sunday afternoon in the north side of Dublin. Epitome of all that is hot, arid, and empty. Tall brick houses, browbeating each other in gloomy respectability across the white streets; broad pavements, promenaded mainly by the nomadic cat; stifling squares, wherein the infant of unfashionable parentage is taken for the daily baking that is its substitute for the breezes and the press of perambulators on the Bray Esplanade or the Kingstown Pier. (Charlotte)

North Richmond Street, being blind, was a quiet street except at the hour when the Christian Brothers’ School set the boys free. An uninhabited house of two storeys stood at the blind end, detached from its neighbours in a square ground. The other houses of the street, conscious of decent lives within them, gazed at one another with brown, imperturbable faces. (“Araby”)

The consciousness of “decent lives within” Joyce’s houses is reminiscent of the “gloomy respectability” of Somerville and Ross’s brick buildings. Each work features similarly “square” grounds. Sound is repeated too, as if “brown” were an unconscious sensory absorption of the poetry of “browbeating,” and the “nomadic cat” of the first passage leaps forward into Joyce’s oeuvre, evoking the climactic moment of Joyce’s bildungsroman, Portrait of the Artist as a Young Man, when, beckoned by “nomad clouds,” Stephen Dedalus accepts his fate as a writer and an artist.

“Charlotte” may not be a book Joyce would have acknowledged influencing him, if, indeed, it did. By nine, he was well-entrenched in the Classics as a result of his Jesuit education, made obvious by the elegy he wrote for Parnell’s death, of which his father sent a copy to the Pope:

His quaint-perched aerie on the crags of Time
Where the rude din of this… century
Can trouble him no more.

The diary of James’ closely supportive brother Stanislaus acknowledges a ten-year-old James reading the novels of Erckmann-Chatrian—coincidentally, a duo of French male writers who were known mostly for military and ghost stories. Stanislaus interprets his brother as expressing lack of satisfaction with the co-writers’ work when he says: “I am with him when he wanders alone or with one whom he has never seen, that young girl who puts around him arms that have no malice in them, offering her simple, abundant love, hearing and answering his soul he knows not how.”

Somerville and Ross had written two books by the time James was ten, but neither were as popular as Charlotte. With all its wit and cerebrality, the pair’s third novel emerged as a Pygmalion-strikes-back/Bovary-still-meets-her-doom amalgamation of a comedic feminist scandal. Some critics of their time accused it of being outright vulgar:

“The Real Charlotte’s” Francie Fitzpatrick is an uneducated lower-class beauty who dallies shamelessly with three men who pursue her while challenging her to grow in sophistication, class, or intellect. Her cousin Charlotte villainously juggles relations with both the elite and working class of her society in order to expedite Francie’s marriage to Christopher Dysart, the most powerful bachelor of their region, as well as to earn money as a rent collector. Christopher Dysart regards Francie as a soulless, ignorant creature in need of cultivation and saving; Francie catches wind of his attitude, as well as Charlotte’s string-pulling, and resists him. Charlotte evicts Francie in response; Francie, in need of shelter, agrees to marry the oldest of the suitors, Lambert, who has coveted her since she was thirteen. When agitated by the return of the third suitor—the English seaman who she had truly loved, but who betrayed her for a higher-class Englishwoman—Francie falls off a horse and dies.

Even Charlotte’s champions could argue that the book is about too many things. Its thirty-third chapter, however, blossoms into a discussion of its core questions—questions of soul-seeking and class politics. It happens to do so through a narrative pattern that young readers experience in “Araby”: a neighbor dies, a boy is brought to life through a first experience of love, and the sanctity of the boy’s love is heightened in contrast to the rude antics and atmosphere of a street market.

There is fatalistic absurdity in the fact that Somerville and Ross’ version of this pattern, which preceded Joyce’s by twenty years, is not only hyper-cerebral and overwrought with irony even for comedic purposes, but was written by two single, financially-independent women. “Few possessed of any degree of imagination can turn their backs on a churchyard,” the narrator begins, describing Christopher Dysart’s response to Mrs. Lambert’s funeral, “after having witnessed there the shoveling upon and stamping down of the last poor refuge of all that which feel to be superfluous, a mere fragment of the inevitable debris of life, without a clinging hope that in some way or another the process may be avoided in themselves.” Somerville and Ross’s sardonic jab at death’s inability to make a man simply feel again comes off as shockingly masculine (Edith, for one, was an avid rider and hunter)—not to mention contemporary.

Christopher does give way to feeling, eventually, and he decides for the first time that nothing is worth losing Francie, though still in absurdly logical fashion: “All the chivalry that smouldered under the modern malady of exhausted enthusiasm ranged itself on Francie’s side.” Following this epiphany, Dysart enters the market, “squeezing between carts and barrels, separating groups locked together in the extremity of bargaining, and doing what in him lay to avoid running over the old women, who, blinded by their overhanging hoods and deaf by nature, paraded the center of the thoroughfare with a fine obliviousness of dog carts and their drivers.” There is decisive primality in both Christopher’s actions and in the environment he enters; we as readers have never seen him like this before, which sheds light on a crucial theme of the book. Charlotte, the title character and a master of shapeshifting among classes, appears to Dysart like a fairy godmother in the market, teaching him the term “res angusta domi,” or narrowed circumstances at home. In this way, we learn what Dysart lacks and what it would take for him to live with true passion.

“Araby,” of course, exhibits the same basic structure, but from the perspective of an uncorrupted child, filled with a consummate belief. A boy, probably twelve, enters the room of a deceased priest and goes through his books (some of which are surprisingly sensationalist). He soon opens to an experience of first love that becomes so acute that “[his] body was like a harp and her words and gestures were like fingers running upon the wires.” When walking through a jostling market, he “bore his chalice… safely through a throng of foes.” His interior experience is so overwhelming as to reduce the market to an obstacle “most hostile to romance.” Joyce’s protagonist, unlike Dysart, must arduously await the shilling that allows him to complete his quest; not only is his passion most genuine, he goes further in the end to discover the part of his passion that is vanity.

We know that many of the story’s elements are based on true experiences: Stanislaus mentions in his diary that a priest had died in the apartment they moved to in Drumcondra. The detective and romance books the priest left behind were real; so was the apple tree in the backyard. Significantly, Stanislaus details the kind of fighting he and his brother encountered for the first time in their privileged young lives when crossing “street arabs”—described in Joyce’s short story as “the rough tribes from the cottages.” How, then, do we understand the relationship between Edith, Violet, and James?

Transmigrations bespeckle both sets of authors’ works. In Joyce’s Ulysses, Wilde proves by “algebra” that Hamlet is Shakespeare’s grandson, and he himself is the ghost of his own father. Dedalus explains “metempsychosis” as the Greek belief that one can be changed into an animal or a tree. In at least one concrete instance, Somerville and Ross’s family could be seen as Joyce’s nemeses—their cousin Seymour collaborated with Tim Healey, the original betrayer of Parnell who appears in Ulysses. Constant and unusual transmigrations appear in the women’s works, denying the authors’ facile identification: character consciousness transmigrates into flora, fauna, land, and people of varying classes throughout the works they penned in soberer voice before the publication of Charlotte; it continues throughout the commercialized third book as a kind of hidden environmentalist and socialist agenda and persists, too, into the works beyond.

Transmigrations occur from life to words to life, then back to words again. Whether it is necessary for one to have read a work to reincarnate it, whether words can leave their imprint on the world around us in precise enough ways to enact their own rebirth, is never completely knowable. But perhaps in crediting those moments which, in our conscious and unconscious absorption and output, cannot seem to be erased, we come closer to that motley and cosmic source of progress whose symmetry cannot be framed.