Home
»
Reading
»
Upton Sinclair, the spirit of Sophocles, and me: a Visit to Lily Dale 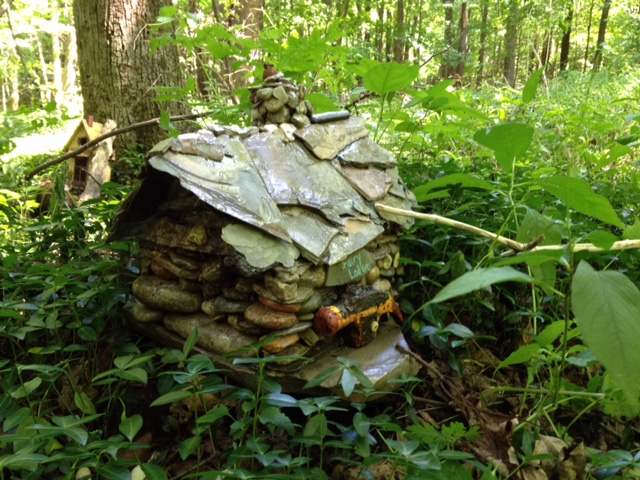 “You may go to Lily Dale … and in row after row of tents, you may hear and even see, every kind of spirit you ever dreamed of, ringing bells and shaking tambourines and dancing jigs. And you may see poor farmer’s wives, with tears streaming down their cheeks, listening to the endearments of their dead children, and to wisdom from the lips of Oliver Wendell Holmes, speaking with a Bowery accent.”

Begun as a summer camp in 1879 by wealthy spiritualists on land once considered sacred by Native American tribes, Lily Dale draws 22,000 visitors a year who consult mediums, attend clairvoyant demonstrations, and take classes on New Age topics. Famous visitors have included William James; Susan B. Anthony; Thomas Edison, who considered his brain a receiver of sorts for spirit communication; Harry Houdini, who became an outspoken opponent of spiritualism; and Sinclair Lewis, who referred to mediums here as “cold-hearted charlatans.”

We pass many visitors, mostly women in pairs, as well as burbling fountains, porch shingles that advertise medium services, plastic flowers in vases, and wild profusions of real flowers in backyards.

Leolyn Woods is so serene under ancient pines and hemlocks, oaks and maples, it feels as if the membrane between the living and the dead has indeed thinned, or maybe I’m just very suggestible. At inspiration stump, the benches are wet, as is the tree-stump-turned stage that serves as the location of daily “message services.”

On the nearby fairy trail, dollhouses, birdhouses, drawers, and aquarium castles have been repurposed as fairy dwellings. There are rustic ones made out of tree bark and stones, one with a bridge as if for a fairy family Robinson. Eventually we’re driven out of this whimsical glade by small winged creatures of another sort, mosquitoes.

After we walk the classical seven circuit labyrinth, attempting to access our intuitive sides, we stop at the Lily Dale Museum, where I’m particularly fascinated by a basket of forks and spoons with bent prongs and handles twisted into Mobius strips. At a gift shop that smells heavily of incense, we browse tarot sets, windchimes, candles, Buddha figures, meditation CDs, and books. I buy Wendy Corsi Staub’s young adult paranormal mysteries that take place at Lily Dale, which I will read in the next few weeks, the perfumey smell still clinging to the pages.

But right now, Marietta is sneezing, so we go to the non-circulating library. There we sit in wicker rocking chairs under whirring fans and pass back and forth an article from the National Spiritualist about a guy who was “freed from his physical body” by the Titanic disaster.

Nearly 100 people show up to the barn-like auditorium for a message service, about 90 of them female. Following a brief prayer to the Infinite Spirit, mediums take turns giving readings that are so brief that it feels a little like speed dating. Lest we imagine that gender discrimination has been eradicated in the afterlife, I note that a third to a half of the spirits appear to the 10 or so men in the room.

I’m hopeful. I want to be convinced. I want a medium to say to me, “There’s a gentleman standing behind you who keeps saying ‘dadgummit,’ kind of a paternal presence?” and I would know instantly that it was my dad.

But instead, what I discover is that death appears to be a process of cleansing us of our personalities and idiosyncrasies, turning all who occupy the afterlife somewhat generic. A boy is told to work hard in school. A woman is advised to put one step in front of the other and take things one day at a time. And rather than pointing anyone to where the family silver is buried, the main message the spirits want to convey to their loved ones is that they were loved.

Upton Sinclair visited Lily Dale, hoping that ancient Egyptian craftsmen would tell the secret of their glass staining process or that Sophocles would reveal where his lost dramas could be found. Like him, I don’t really expect those things to happen, but still, I’m a little disappointed.