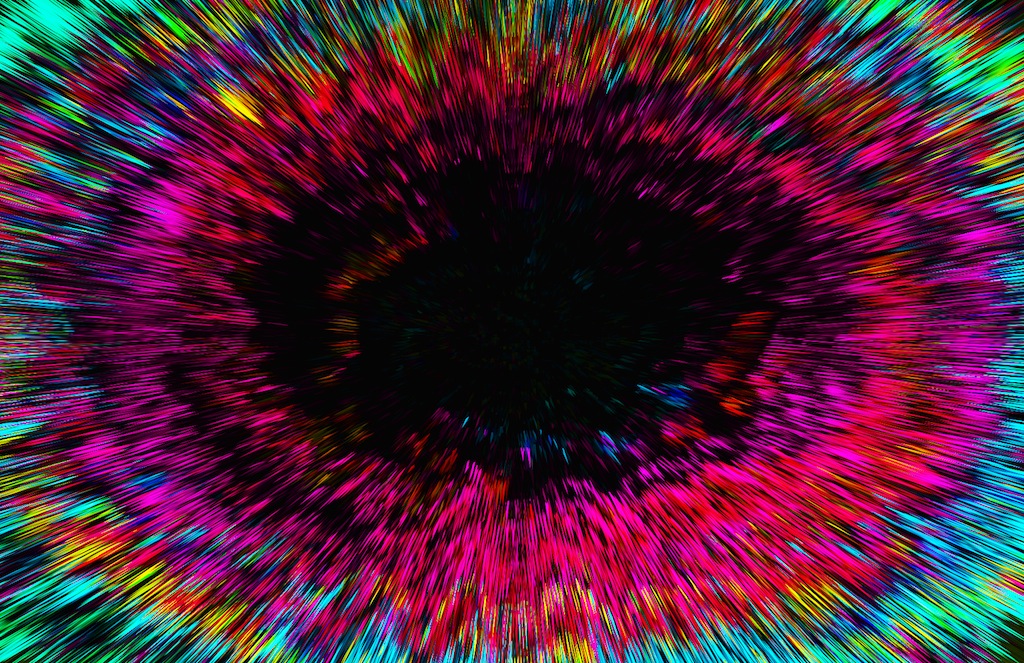 Don’t do drugs, kids; read books instead. More often than not, they inspire the same chemical rush with less brain trauma.

Herein is a list of ten books with intoxicating, stimulatory, or hallucinatory qualities for the literarily psychotropically-inclined. Though no doubt many deserving books would be right at home on this list, these are just a few of my personal favorites.

Note: I’ve never actually done any of the drugs listed in ‘Closest Chemical Equivalent’ but I did perform copious amounts of Wikipedia research. Still. I’m guessing. Please don’t tell me if I’m wrong. Just know you are right and I tentatively applaud your chemical expertise. 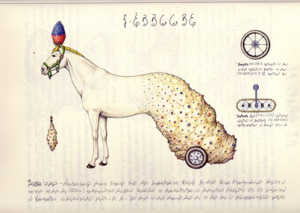 My Report: I first encountered this ancient encyclopedia of an impossible civilization complete with fake flora and fauna, people, architecture, and coffin-powered rainbow vehicles in Kevin Brockmeier’s writing workshop at the University of Iowa. He kept the giant tome on the table always for us to peruse at our leisure between breaks, and it instantly tickled my imagination. The indecipherability of the text coupled with ecstatically-rendered illustrations is the perfect fuel for both dreams and nightmares alike.

Recommended Comedown: Any standard encyclopedia. After experiencing the supreme surreality and strangeness of the Codex, you’ll need something to ground you.

2. The Story of the Vivian Girls, in What is Known as the Realms of the Unreal, of the Glandeco-Angelinian War Storm, Caused by the Child Slave Rebellion by Henry Darger 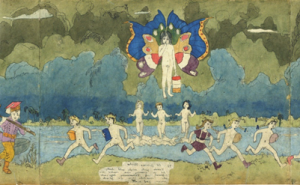 Excerpt: “Us children in those days were looked upon as beneath the dignity of grownups, whereas to my opinion all grownups, and especially all types of strangers, were less than the dust beneath my feet.”

Side-Effects Include: Visions of Technicolor butterfly boys, one supremely complex mythology (15,145-pages to be exact), and the epic adventures of seven naked girls culminating in a galactic war between enslaved children and aliens, basically. Oh, with doppelgangers thrown in for good measure.

My Report: What the shit?

Recommended Comedown: The Hunger Games. Now there’s a book full of warring children and teenagers that doesn’t bend our brains beyond comprehension. And they get to keep their clothes on.

3. Hard-Boiled Wonderland and the End of the World by Haruki Murakami 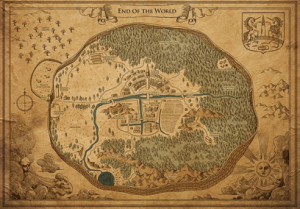 Excerpt: “Unclose your mind. You are not a prisoner. You are a bird in fight, searching the skies for dreams.”

Side-Effects Include: Conspiracy accompanied by various hallucinations including glowing unicorn skulls, rogue shadows, and the ritual worship of a violent tilapia fish.

My Report: Questions of identity and consciousness versus subconsciousness are explored in this dreamlike novel, whose chapters alternate between two genre-straddling parallel narratives (science fiction and cyberpunkish in odd chapters, fantasy and surrealist in even chapters). The perfect book to blow your mind at the end of a long, tedious day.

Recommended Comedown: Something prosaic and leisurely by Jane Austen feels like an appropriate counter-balance to this far out dystopic yarn drenched in futurism and postmodern manifesto. 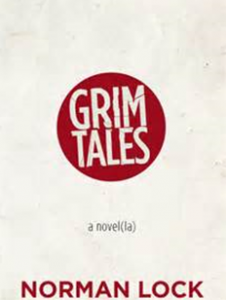 Excerpt: “He brought a door with him and placed it against the hillside. Then he went in and closed it. What happened to him next is not known, because the door was for him alone. Later when they heard him scream, there was nothing anyone could do.”

Side-Effects Include: Crippling paranoia associated with a fear of inanimate objects murdering you in your sleep.

My Report: Vignettes riffing on the gothic fare of the Brothers Grimm updated to include the macabre of modernism, rendered in perfect poetic minimalist bites. It has a revisionist quality I really love, with a tendency to alert its readers to the variant outcomes and alternate endings that just as easily might have been.

Recommended Comedown: Aesop’s Fables, a wholesome chaser to wash down the murderous debauchery of these urban myths. 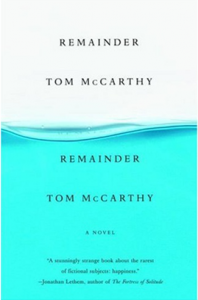 Excerpt: “[…] to be real–to become fluent, natural, to cut out the detour that sweeps us around what’s fundamental to events, preventing us from touching their core: the detour that makes us all second-hand and second-rate.”

My Report: Starts out fairly normal and rolls like a runaway boulder into an uncharted realm of lunacy. The amnesiac protagonist’s mission to recreate the events of an accident and then to recreate the recreations with actors in order to capture an unrecoverable memory makes for strangely compelling reading. It’s a book about obsession, phantom prosthetics, and the mind’s tireless search for authenticity.

Recommended Comedown: Any book where something only happens once and it’s done with forever.

6. The Neighborhood by Gonçalo M. Tavares 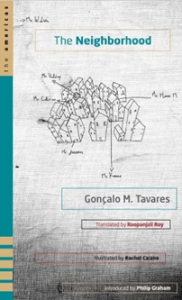 Excerpt: “From over thirty stories above, someone flung Mister Calvino’s shoes and tie out of the window. Calvino had no time to think, he was late, he likewise flung himself out of the window in pursuit. While still in the air he reached his shoes. First, the right shoe: he put it on; then the left shoe. In the air, while falling, he tried to find the best position in order to tie his shoelaces. He failed to tie his left shoelace, but he tried again, and this time he succeeded. He looked down, he could already see the ground. First, however, the tie; Calvino was upside down and with a brusque movement his right hand caught his tie in the air and then, with hurried but sure fingers, he twisted it and formed a knot: his tie was in place. He looked at his shoes once again: his shoelaces were firmly tied; he gave the last finishing touches to the knot on his tie, just in time, the moment had come: he touched down on the ground, impeccable.”

Side-Effects Include: Sweating or going bone dry, alternating between extremes – swelteringly hot or polar icy – like these microfictions that switch perspectives on a dime, flit and flash by like uncontrollable spasms.

My Report: A wildly imaginative, deceptively simple homage to six of Tavares’ greatest influences. In these pages you’ll find fabulist fever dream snapshots of Italo Calvino, Paul Valéry, Karl Kraus and more, as their collective consciousness is served with a cocktail of lucid philosophical musings on art, literature, God, routine, and the many merits of absinthe.

Recommended Comedown: Maybe a John Grisham jam, or Tom Clancy, or Mary Higgins Clark. Something, anything with some damn stability.

7. The Man Who Folded Himself by David Gerrold 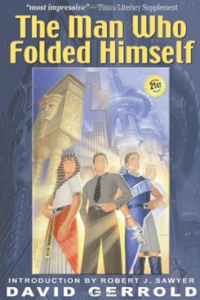 Excerpt: “I think I exist, therefore I exist. I think.”

Side-Effects Include: A bad case of time traveling blues and the exquisite shame only someone who has had sex with many alternate versions of himself or herself can ever know.

My Report: A man is given a timebelt and harnesses it to meet all the past and future versions of himself (and sometimes herself) only to discover the greater the power to flex time and space, the more diminishing the returns. It’s a book that’ll keep you up late at night getting very Einstein and craving munchies.

Recommended Comedown: I suggest a good biography of someone dead, if only to remind you life is short and sweet precisely because of its ephemerality.

8. The Tibetan Book of the Dead by Padmasambhava 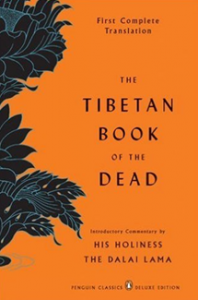 Excerpt: “Your body being a mental body is incapable of dying even though beheaded and quartered. In reality, your body is of the nature of voidness; you need not be afraid. The Lords of Death are your own hallucinations.”

My Report: A dignified how-to manual detailing one’s chaotic progression from one life to the next, complete with pro tips on how to abandon the pesky carousel of rebirth and achieve liberation from suffering altogether. I’ve always been afraid of death personally, so it’s nice to have a self-help book that cuts to the core of my primal fears.

Recommended Comedown: Walt Whitman’s Song of Myself, a welcome celebration of the ego. 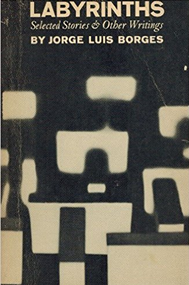 Excerpt: “The universe (which others call the Library) is composed of an indefinite and perhaps infinite number of hexagonal galleries.”

Side-Effects Include: A metaphysical odyssey that revels in bending the limits of reality and notions of linear time.

My Report: Borges was an intellectual giant with a labyrinthine mind made for storytelling. His crystalline prose dances with its disease, waltzing merrily between genres and diving headlong into history, mortality, and the great tangle of life that is human civilization. This collection is a killer.

Recommended Comedown: Where’s Waldo? Give your poor brain a rest.

10. The Midnight by Susan Howe 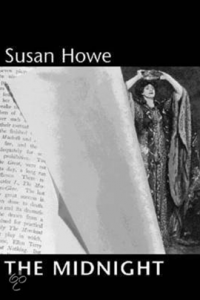 (known circumference attached to a frame)
Thoughts are born

are touchstones at a gallop Dark
irrevocably dark”

Side-Effects Include: A synaptic splicing of syntax and possible ghosts.

My Report: This is one of the first books of poetry I bought that I genuinely felt was haunted and yet, it was a burst of the alive. There are juxtapositions of language here that capture what it is to be darkly possessed with romance for both the living and the dead. It is a tranquil and sobering read.