Home
»
Writing
»
Writing Advice
»
Urgency: On Writing About the Body and the Corporeality of the Lyric 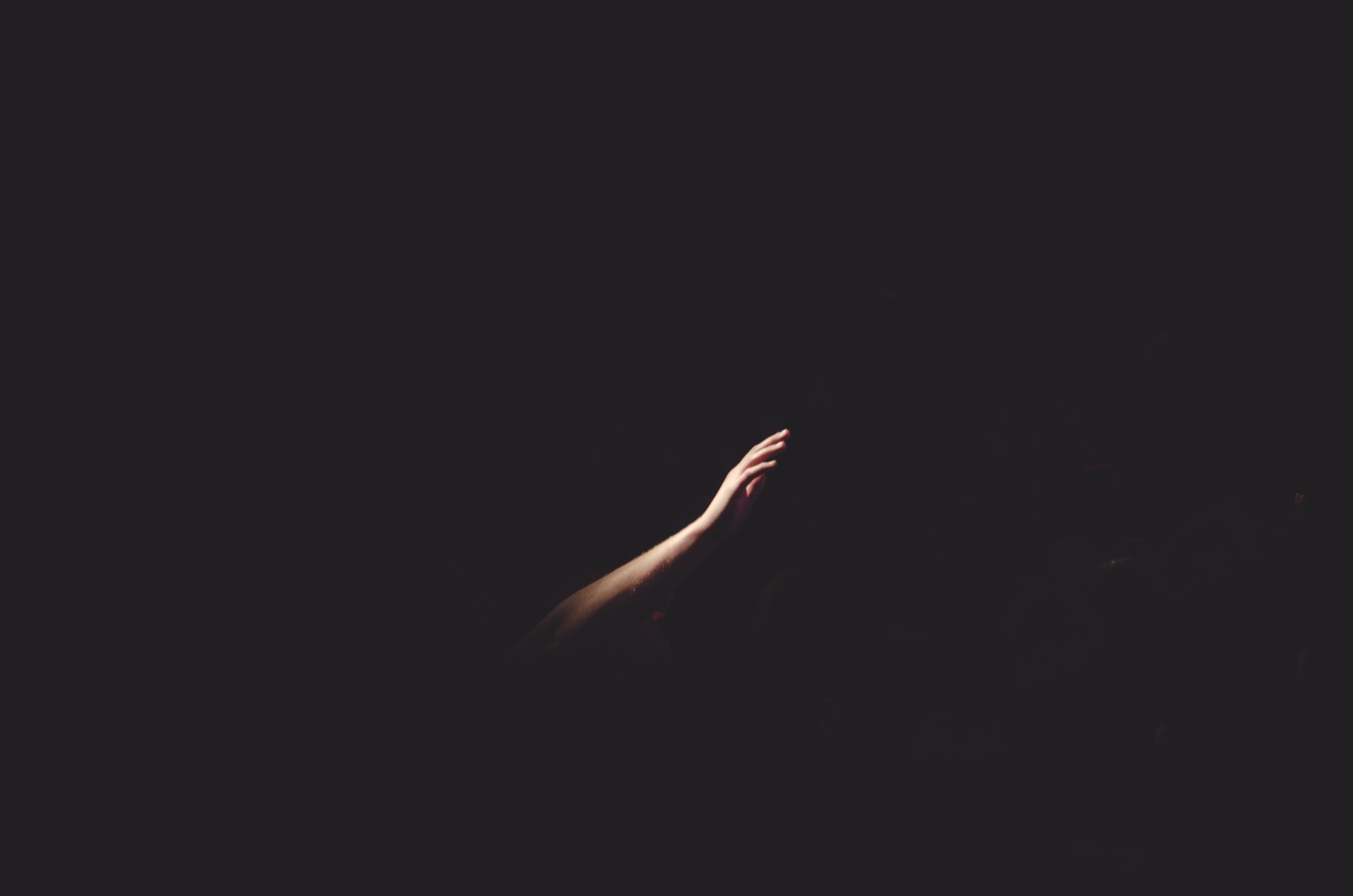 —adapted from a lecture delivered at Drew University’s MFA in Poetry Residency, June 2016

A few years ago, I spent a good hour on a medical table, swaddled in a pale blue paper sheet, supine in the shadow of a plastic surgeon who had had to numb my face with three full syringes of lidocaine. This was the second of three excisions to remove tissue from my right cheek, but, at the time, we didn’t know the area’s pre-cancerous cells had turned into an aggressive melanoma. The surgeon, who’d inherited me from a retired colleague, worked, at best, sloppily, grumbling that there was no urgency in removing more tissue and that he didn’t understand why I was so insistent—especially when he had other patients that afternoon.

I could feel only a little pressure from the scalpel, and warmth from his breath and the little blood that wasn’t staved off by the epinephrine cocktailed with the local. I told myself I wouldn’t engage with him as long as he complained but, after ten minutes of tense silence and his jerking readjustments of the overhead light, he said, “Saw on your chart you’re a college teacher. Whaddaya teach?”

I tried to speak, but my lips would hardly move, my tongue a slug. “Oh-eh-rhee,” I managed, sounding an awful lot like a zombie Pepé Le Pew.

He lifted the scalpel up and looked over his glasses into my eyes. “What?”

Obviously he had just numbed my face. “Oh. Eh. Rhee,” I moaned again.

“I can’t understand you,” he said, pulling back his mask as if I needed to read his lips, as if I was the one having a hard time understanding him.

He stared at me. Then: “Oh, poetry!” he said, his words spilling into laughter, the scalpel bobbing just above the tip of my nose. He indulged himself a half a minute or so before turning back to my expressionless, benumbed face—.

“Oh. You’re not kidding, are you? I thought you were kidding—I mean, I didn’t know anyone read that anymore.”

In “The Body Mutinies,” Lucia Perillo writes that words and names are “medicine’s blunt instruments” in response to a doctor’s insensitivity after a dire prognosis. The poem’s speaker, “not griefstruck yet,” has no way and—more importantly—no language to mourn her own body on the occasion of diagnosis, and so she must deny the body the poem, the poem the body. The speaker’s body has mutinied, and yet it’s hardly present here, arriving only allusively through the title’s definite yet dispossessed “The Body” and, later, as only a shoulder the doctor latches onto to steer her out of the office. The poem relies, however, upon a received form, the sonnet, to render this moment. Could it be that the received form of the poem displaces the speaker’s need to receive the new form of the fraught body, at least until she makes it to her car and goes home?

The act of writing about the body is the act of writing about the self; the body is autobiographical. And like autobiography, the gear turned by the belt of memory, it changes and revises, even as it provides proof. When I had reconstructive surgery in 2015, my surgeon kept referring to the procedure as a “wound revision”—and isn’t this what a poem is, the artful rearrangement of experience’s scar on our lives?

The body is the principal, if not often unnoticed, setting for most poems. To look at a setting, a landscape, and then notice the body’s place in it is like looking out on a horizon and then seeing the window. Here, I think of Yusef Komunyakaa’s poem “Facing It.” Through the speaker’s literal reflection in the Vietnam Veterans’ Memorial, the setting itself recurrently reminds the speaker of the setting of the body. He, both is stone and flesh, reminded of his own body and the transience of life within it.

So often the body is unremembered, unless we exercise it, or it pains us, or it is shown to us. When we remember the body through poems, do we remember its risk?

In Thinking with Type, graphic designer Ellen Lupton asserts that “Text is solid or liquid, body or blood.” She wants to insist that text can be both the container and the contained, that it has both solid and fluid properties graphic designers should take advantage of. As a poet, I prefer to think of the ways in which text can contain us or we can contain it; it is how we give form to our body, in a figurative rendering of the body. When I talk about giving figurative form to the body through text, I’m not talking about gimmicky concrete forms. I mean, rather, that the body might be captured through content, non-literal forms, and language.

I’m sure we’ve all heard how the iamb is the prosodic equivalent of a heartbeat. Perhaps you’ve read Alfred Corn’s book on prosody, The Poem’s Heartbeat, or you saw Annie Finch lead a pulse exercise in a panel at this past year’s AWP. Finch’s presentation was met with a rebuttal “Iambic Pentameter Has Nothing to Do With Your Heart” from poet Derek Mong on The Kenyon Review’s blog shortly after. Mong argues that “the iamb resembles the heartbeat, but it is no more innate or biologically justified than free verse or another of the world’s many meters. The theory of the iambic heartbeat is an example of coincidence masquerading as causation.” He spends some time investigating the base prosodic rhythms of other languages including Chinese and French, and then suggests that the iamb, an English unit of meter, is not universal to other languages and, therefore, cannot be said to be the measure of the heartbeat. Finch responded: “The point of the pulse exercise I led at the AWP conference panel was not to say that any one meter is biologically determined, but to counter the popular misconception that meter is a strictly mental construct.”

Imagine a doctor taking your pulse and, with each beat, asking, “When do I count the clock that tells the time?” I’m not sure if I would trust that doctor more or less.

For some, the act of writing about the body is not necessarily the inclusion of the body as a poem’s subject but the body as the vehicle for the poem. We see this perhaps most literally in performance poetry and the work of those who privilege breath. Think of how repetition recalls movement, dancing. Think of how good a rhyme feels in the mouth.

Recently, I was watching Game of Thrones (no spoilers) and I found myself involuntarily wincing when a blade found the soft flesh of a gut, and my stomach lurching as a character flew off the back of a horse. A few years ago, however, I likely wouldn’t have been bothered by this action. A few years ago, I realized what a problem this was.

I realized that I should respond to this kind of violence, physically and mentally and emotionally, and, in fact, it might even be my moral imperative to do so. I should connect this kind of violence with my own experience of being in the body and, therefore, connect with others’ experience of their own bodies. Like Hamlet, I needed to recognize that “O, that this too too solid flesh would melt / Thaw and resolve itself into a dew!”

But how would I get to that point? How would I begin to reawaken that reactionary—that bodily—empathy in order to reinvigorate that moral empathy? I read poetry. Poems remind us how to be empathetic and how to become re-sensitized to the world around us and, in doing so, they remind us to be both in the body and the mind at once.

I told you the story of my plastic surgeon in the hopes of reminding us that a body is not a poetic object, and, in the world of medicine, poetry isn’t “useful” in examining, healing, or curing the body. But throughout my experience, I found myself leaning on poems as a kind of bodily extension so that I could learn to love my body again, to find its purpose, its path, its movement. Shape.