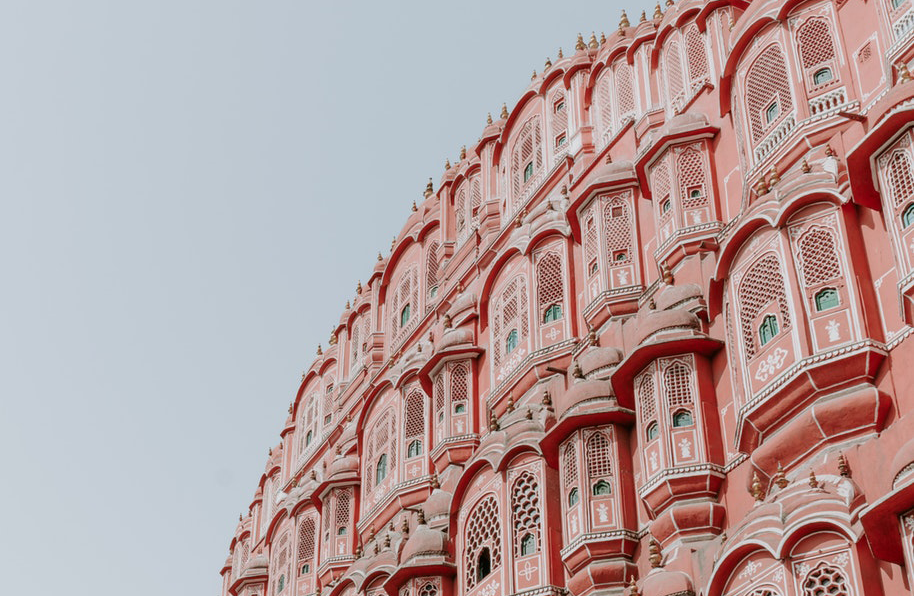 How do I remember spaces? Bedrooms, beaches, backseats, bazaars. The time between dreams. Night. The no-man’s land of a twelve-hour flight. I remember the world as words.

I spent my last few weeks in Delhi hunting for books. For relatives, for friends, but, finally, for my own sake: to call back India when I was back in the states, when I was back in the spaces that were so familiar they faded into blurred backgrounds. Reading often works as incantation: in a second I am summoned back to the bookshop where I first flipped through a novel or the waiting room in which I finished the final page.

A place is defined by what I read when I’m there, the words wrestling for attention before memories awake. My months in India involved a mix of glum history, map-filled guidebooks, critical theory with cracked yellow spines, and poetry. So much poetry, in fact, that I bought another grey duffel to check to ship it all back. “What’s in here? Bricks?” asked a friend, hefting one of my bags as we headed to the Indira Gandhi International Airport. Bricks of books that weren’t yet architectures of recollection, reminders of cows crowding the street, cars hugging curbs and honking hello, city skies shot through with smoke and sun.

Give Us This Day a Feast of Flesh by N.D. Rajkumar took up only a little space in my grey duffel. The volume, at barely one hundred pages, contains poetry translated from Tamil by Anushiya Ramaswamy and is bookended by a critical essay examining the history of Dalits in India and their literature.

I bought the Rajkumar at the Oxford Bookstore in Delhi. At the time, I thought Oxford was affiliated with Oxford University Press, and I shrank at the idea of supporting a historically colonial enterprise with my purchase of “alternative” Dalit poetry, a poetry that rallies against caste and hierarchical Brahmin values. The Oxford Bookstore chain actually shares no affiliation with the Press, nor is it even based outside of India. The colorful and clean stylization of the bookstore’s orderly insides betray the ecstatic violence and vulgarities of Rajkumar’s verses, where “I watch the old woman in the moon / Clinging to her walking stick / Bend, spread her legs / And piss into the moon” (50). The next poem ends: “I strike the master in his heart.” Perhaps Rajkumar sings of insurrection, but could I even begin to approach this song in this place that sold expensive infused teas and cappuccinos? “If anyone not our kind / Happens to read this manuscript: / Heads will roll,” Rajkumar raises as an omen in the third song. The poems of Give Us This Day a Feast of Flesh are not named, but numbered, like tallies struck against a maker.

This is exactly the response Anushiya Ramaswamy wants his translations to hold. “Rajkumar’s poems valorize alternative commitments to prevailing cultural values,” Ramaswamy writes in his essay at the end of the book. “All that is derided as impure and polluted within mainstream Indian culture is turned around and admired for its embodied necessity” (96). Ramaswamy hits home the point that Rajkumar’s “poetry is a fact of life, a literature that insists on being read on its own terms and not as the literature of an oppressed people” (97). Through fifty-one poems, I experienced India, for the first time through words, as nightmare in play. Although my stay included many bright experiences, Rajkumar, who works as “a temporary labourer with the Mail Service of the Indian Railways,” sang to me in a pluralized voice of the many homeless, limbless and sickly poor I would witness on the streets in every city and village I visited. Re-reading these poems now, where Rajkumar’s “rage refus[es] to die,” I am reminded of the many outcasted, the dying, the neglected, the abused. “For the songs that are blasted / On the world’s stage, / That you hear now,” Rajkumar tells us. “They are not ours” (34).

In Give Us This Day a Feast of Flesh, Rajkumar does not desire or demand pity, but careful attention, the kind that words around the world may summon, no matter the place or time. If reading at the very least gives memory of real life, of the memory where the words were first seen, can it not also demand “showing us our deeply unequal world as a fabulous construction”? (98). And, after awareness, providing us with the ability to shift, to alter, to change.