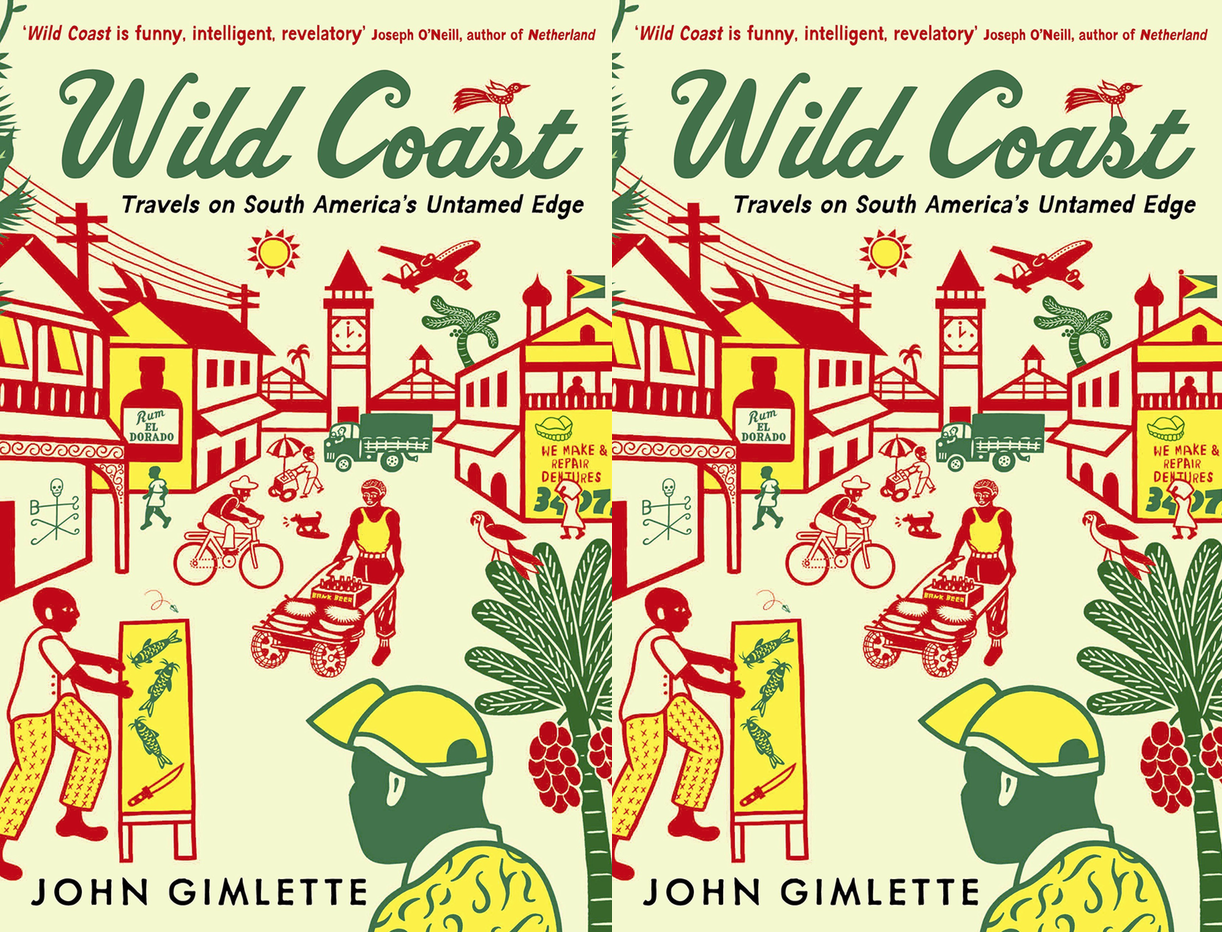 In 2008, British travel writer John Gimlette trekked for months through the countries along South America’s northeastern rim, together known as the Guianas. Wild Coast, the resulting account of his journey, is not so much a travelogue, however, as it is a testimony to the enduring peculiarities of this seldom-documented region. Throughout, Gimlette sketches a colorful portrait of a land still ripe for exploration—a place, he says, that “isn’t even known to those who live [there].” Ninety percent of the inhabitants stick close to the sludgy shorelines, rarely venturing into the adjoining rainforests and their gaudy array of wildlife: anacondas, electric eels, tarantulas, and the world’s largest ants and fish. As Gimlette muses: “Other places may feel more magnificent than the Guianas, or perhaps even emptier, but nowhere feels quite so unconquered.”

If the Guianas remain unconquered, it’s not for lack of trying. Indeed, over the centuries colonialists, slaves, fortune-seekers, eccentrics, con artists, and enterprising writers have all descended on its shores, and each group has contributed to the region’s astonishing diversity.

The tiny country of Guyana, for example, where Gimlette commences his journey, harbors a mishmash of Amerindians and African, Indian, and Portuguese descendants, even if it’s best known as the final resting place of Jim Jones’s cyanide-chugging cult. Traversing through the rainforests into neighboring Suriname, Gimlette encounters descendants of African slaves that speak Talkie-talkie, a homegrown argot infused with English, Hebrew, French, Portuguese, and Spanish elements. And Gimlette wraps up his travels in French Guiana, still a department of France and the “largest chunk of the European Union detached from the whole.” Once infamous for its brutal penal camps, French Guiana has reinvented itself as a hub for France’s space program, an area isolated and empty enough for Europeans to lob rockets into the atmosphere.

Gimlette makes for a droll guide, meandering through this remote region in a constant state of wonder, attentive to the local color and confident enough in his abilities as a writer to let the strangeness of the Guianas speak for itself. He’s not, however, an inward-looking chronicler. Throughout the account he remains a cipher, reticent about his personal life and motivations, and curiously resistant to exploring how his subjectivity as a British citizen affects the ways in which he sees and interprets the Guianas. Ultimately, even in a region as impenetrable and mysterious as the Guianas, the most under-explored part of the journey here is still the author himself.

Luke Epplin is a freelance writer based in New York City. His work has appeared in the New Yorker Book Bench, TheAtlantic.com, n+1, Guernica Magazine, The Millions, and The Rumpus, and he’s been featured on NPR’s “Here on Earth.”