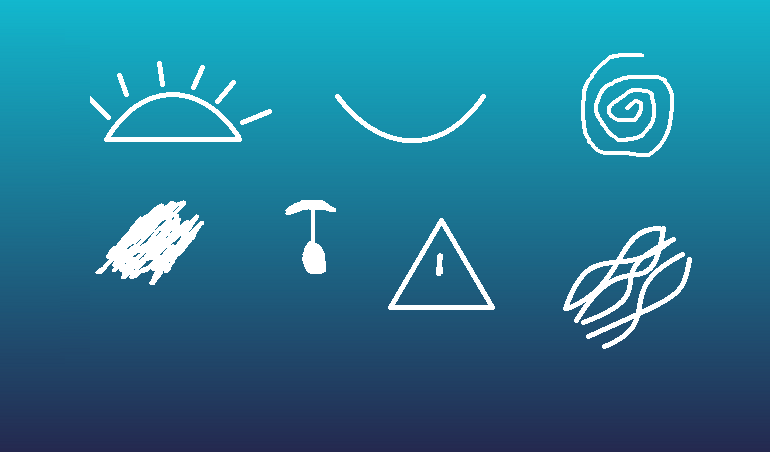 From an inky black lake covered in the remains of dead brown leaves, the Empress emerges. Her skin is larval, and it floats across the water “like the carcass of a pale leviathan” while her attendants stand at the edge, ready to pick the wet plant matter from her.

You, though. You wait. You wait because, after all, she is your Empress and you are her artificer.

This moment of uneasiness is where With Those We Love Alive begins—at this immediate cross-section where the unreal and grotesque are the accepted. To play the game is to become a passive participant in a surrealist-fantasy landscape. Build the Empress tools for the human hunts. Wander the city, tasting liquid dreams that detail “a bouquet of stormclouds, a delicate flavor of intimacy, and an aftertaste of injustice.” Or meditate by the lake with the game, timing the lengths of your breath.

To play the game, however, is to read. With Those We Love Alive is a browser-based Twine game created by the new media artist Porpentine. And when we talk about “Twine,” we’re talking about text. The Twine engine is a software specifically for creating the successors to the old text-based adventure games of the ’80s—those games where players would be presented with a situation in white text, and in return there’d be a conversation. The narrative of those games would never be the conversation or a linear flow of right answers, but that experience of wandering trial-and-error and exploring cause-and-effect until you get to the correct wording in the right spot where the game needed to be to move forward.

These games were still just text on screen, and their full scripts with the answers laid out would be nearly indistinguishable from a second-person short story, maybe like Junot Diaz’s “The Cheater’s Guide to Love,” but it’s the amount of authorship given over to the audience as they control what scenes happen that end up classifying a game like Zork as a game instead of literature. Or on the weird narrative flip side, it’s what caused Choose-Your-Own-Adventures to be diluted webs of disparate narratives as they try to compromise and imitate the collaborative authorship of role-playing games while maintaining a book shape. There’s a compromise that needs to be made in these situations that give the audience the space to define a narrative that’s unique because of how they engage and play with it. A game’s flow, narrative or experiential, is defined by how well or poorly you play, what you choose to explore and ignore, but a short story confronts you in its entirety. You just have to read it, right?

With Those We Love Alive pokes and prods at these definitions and becomes something closer to an evolved form of the short story rather than what we traditionally consider a game. The audience still makes choices, but this time, it’s only in the details. Purple text indicates the points we can change—flavors of dialog and world—so when my Empress emerges, she does so with ram horns and a mantle of moth fur. The mask I create for her is made from heretic bone, a metal hand is veined with copper hair, but still, as the protagonist builds these things, adorns and replaces her different pieces, the Empress is revealed to be both constructed and defined by her subjects. Much like the ritual hunting of people, she’s another example of a custom that the game describes as “a custom that persists because people are scared that if they question the custom they will fall victim to the intense cruelty of the custom, which persists because they fail to quest it.”

These choices we make, however, are still within the defined authorial voice, and each “choice” we make and questions we answer are already valid responses to a singular narrative. There’s no trial-and-error and, as the game itself says at the very beginning, nothing you can do is wrong.

What becomes important about the interactivity in With Those We Love Alive and others like it is not that we’re shaping the narrative experience, because no choice I make can keep it from being Porpentine’s story. Instead, it’s that we’re finding is a new way to engage with and experience a story on its own terms, like we’re singing along to a song on the radio—we’re not changing the artwork, but tying ourselves to the experience by a physical act, becoming a type of participant. Suddenly, this is our song.

With Those We Love Alive takes this a step further, as it gives the audience the most impactful choice off-screen. Almost ritualistically, the game instructs you to keep a pen or a sharpie by your side as you play, and at different points in the narrative, you’re asked to draw symbols on your arm. After the first ceremony, when the Empress is gifted with the object you made, the game asks you to draw a sigil of new beginnings on your skin. You’re asked to draw burial, a lie, the act of severing, and how you feel at different moments until your arm is a catalog of symbology only you can decipher.

Porpentine introduces an additional physical act when reading and asks us to reflect the story literally on ourselves but this act only feels natural because of how a Twine game is already presented.

When we traditionally read a short story, including on the internet, we’re constrained to a page. Right here in this blog post, we’re following sentence structure and paragraph formatting all designed to be read on something the Internet is only mimicking. In a Twine game, written structure is controlled—the screen gives a sentence, maybe two, and the flow is dictated by the author; what words they highlight and what words they let you shift. The act of reading here is something you must constantly engage, something you must constantly click, to keep going.

The Twine engine introduces tactile mechanics to literature, and while we’re not reshaping the narrative, we’re adding a physical ritual and repetition to something that would otherwise be passive. Regardless of the actual narrative impact of the choices made in a Twine game, the story only moves forward because of our actions, by the actual, physical act of clicking.

In With Those We Love Alive, the choices don’t dictate the flow of the narrative, but often instead dictate what we’re asked to draw on ourselves. If a traditional video game is something that you affect by playing, then maybe a short story is something that can only affect you in return. With Those We Love Alive follows Twine to that natural conclusion and makes physical the impact those stories have.