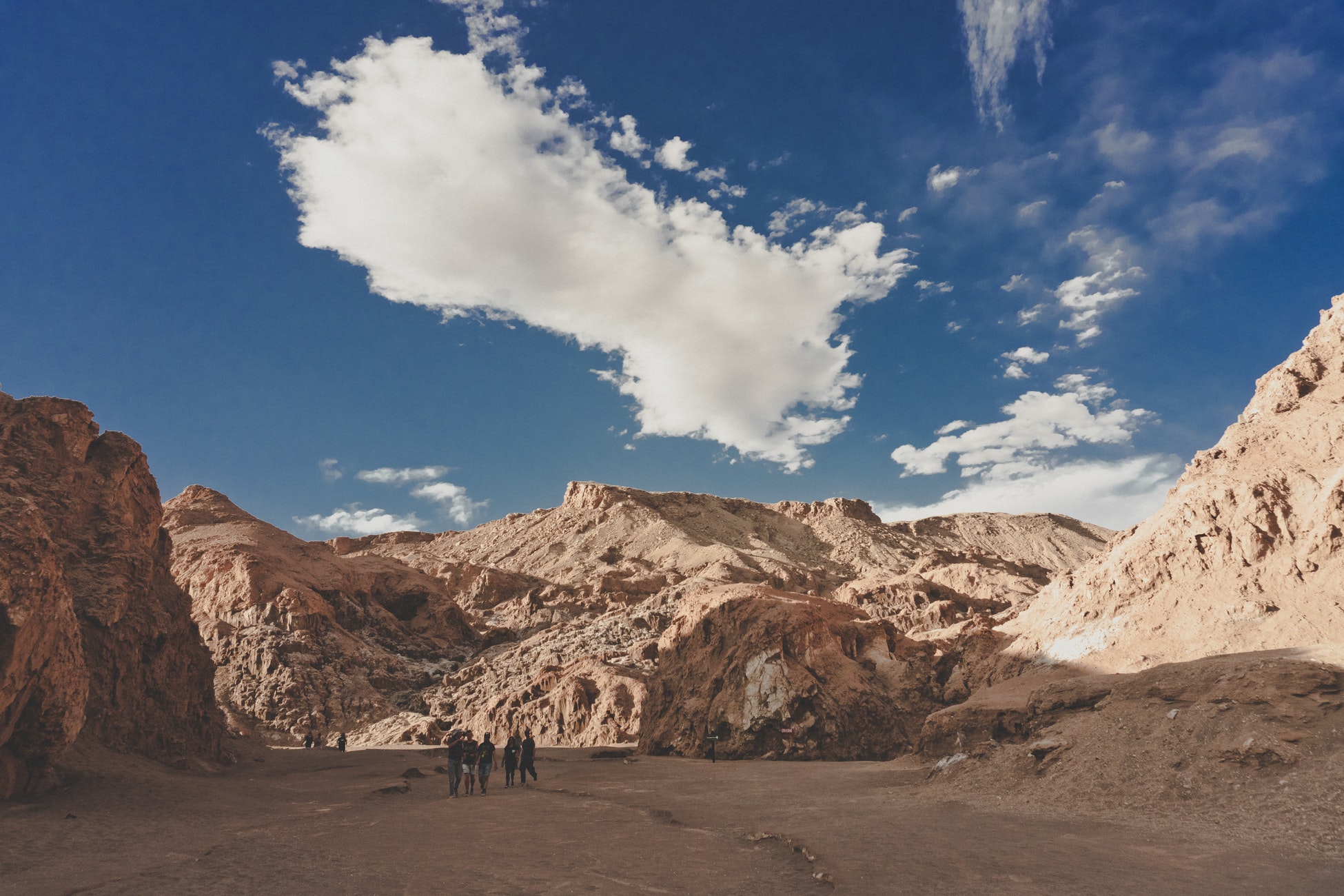 This month, I chat with author Chris McCormick, whose terrific debut of linked stories, Desert Boys, follows main character Daley “Kush” Kushner and his friends Robert Karinger and Dan Watts. The book is largely set in the growing desert suburbia of the Antelope Valley, 70-odd miles north of Los Angeles. We talk about what it means to write about the West and live in and write about the desert; we share our mutual love of Louise Erdrich and writing that goes “deeper than geography.”

Joseph B. Horton: Take this however you will. What does it mean to be a Western Writer, or One Who Writes About the West?

Chris McCormick: There are so many definitions and tropes, but my guess is you know you’ve met a “Western” writer when you ask this question and they start squirming. I think that’s the result of a deeply internalized resistance to being categorized. One of my questions in Desert Boys was what happens when certain western tropes—real or imagined—are challenged, what happens when open spaces become grids through suburbanization, what happens when a person grows up longing for community in a place that almost fetishizes self-reliance. I guess a Western writer—at least this one—is someone who grapples with those questions even though he’s suspicious of the premise.

JBH: In the past you’ve mentioned Louise Erdrich as an influential writer, and specifically her debut Love Medicine. I love her and that book dearly, and I’m interested to know more: what, to you, does it mean to write about an isolated or insulated community? Do interconnected stories—from different points of view or not—serve that community best? I don’t think it’s too much to say that you’ll be introducing many readers to the Antelope Valley for the first time. Is that pressure? Opportunity?

CM: Oh, Louise. The first book of hers I read was the novel, Tracks, which begins with one of the most beautiful and devastating first lines in fiction, I think: “We started dying before the snow, and like the snow, we continued to fall.” Then I read as much of her work as I could  borrow or buy. From early on, I knew I wanted to write in a language as beautiful and as clear as hers. But it was the structure of Love Medicine that became the biggest influence on this particular book of mine. Whenever you’re writing about a place—especially a place that’s been relatively overlooked in literature—there’s so much pressure not only to get everything right, but to get everything down. I’m upset with myself that I left out specific institutions or aspects of the Antelope Valley that just didn’t fit in this book, like the Performing Arts Center or the AV Fair or the Poppy Festival. People don’t only crave accuracy about the place they call home, we also crave thoroughness. Linked stories provide a strategy to be as expansive as possible without sacrificing the specificity of focus, moment by moment. No one argues harder than I do that stories and novels are completely different forms. But when it comes to book-length fiction, I’m not convinced that linked story collections make up a different form than the “traditional” novel, so much as a different technique.

JBH: I’m fascinated by this line about Karinger’s soon-to-be wife, Jackie Connolly: “She was beautiful in the way people call the desert beautiful, which was to say that although some people actually believed it, most of the time it was said in response to someone else’s denigration of it.” Care to elaborate? I think, for one, that there’s a lot of truth in the defensive invoking of desert beauty.

CM: I’m both glad and embarrassed that you picked that line out—it was one of those lines I wanted people to underline, which meant I probably should have cut it. I don’t know, I think the line speaks for itself. Just as we have permission to insult a family member but would fight anyone outside the family who made the same insult, people in the desert lament the place until someone else calls it boring or ugly. Then, in an act of love, we step up and defend the singular elegance of the yucca.

JBH: Though the entire book thoughtfully considers the desert and life in the desert, I always come back to the story, “The Tallest Trees in the Antelope Valley,” in which Kush helps prepare a neighbor’s yard for giant palm trees. Working as a day-heat novice, he says, “In the desert, the idea of spring was a myth from another culture. It went from winter to summer like flipping a coin, and it seemed as though I’d lost the toss.” It strikes me that I think some people don’t even consider seasons in the desert, that it just exists as it always has, unchanging. Certainly your portrait of the valley talks about what remains unchanged and what changes dramatically. How do you see that change, or the balance between permanence and impermanence?

CM: This is a great question, maybe the question. Part of the mythology of the (white) west is an outlaw culture, a kind of lawlessness allowed by existence on the fringes. Lawlessness might be another way of saying randomness or unreliability. For that reason, I always thought part of the myth of the west was a resistance to permanence, the willingness and dexterity to adapt. The idea of settling there, then, seemed like a paradox to me. In the newer, suburbanized west, there’s been a fierce resistance to change, a distrust of progress. For the epigraph of the book, I use a lyric from Jackson Browne’s song, “The Fairest of the Seasons”: “Do I stay or do I go, and do I have to do just one?” I’m interested in these extremes in the desert—where there is no “fair” season—and curious about the spaces between adaptation and settlement, between leaving and staying.

JBH: From “The Immigrants”: “Not just the desert, but all of California was in a severe drought, and as I lay floating [in a pool] on my back, I felt immensely guilty, remembering an old teacher of mine, a farmer, who’d once made us draw bar codes on our faucets to remember that water wasn’t free. But the guilt, as always, passed.” Even now, when drought is much more prominent in the collective mind, I hope, how do we continually allow this guilt to pass?

CM: Guilt is easy, and so is shame. Most of us can build an entire life around guilt and shame, no problem, so long as we feel personally culpable. But collective guilt—the guilt associated with being a tiny, almost negligible part of a problem, even a problem as severe as ruining the planet for some invisible, future population—requires something really difficult, which is imagining the world without us in it. And people have children to raise and bills to pay and lovers to kiss and enemies to fight. I can’t really blame anyone for not thinking ahead, I can only offer my admiration to those who do.

JBH: How do you write about a place when you aren’t living there? (In an MFA program or transplanted across the country, or even in a different part of California or the West…) Even if you’ve spent plenty of time in your literary locale, during the actual act of writing, how do you (re)conjure that place? On the other hand, is it ever easier to be more distant? Does that remove ever prove particularly useful?

CM: Writing down what I know about the place wasn’t hard. The hard part was figuring out what I didn’t know about the place, why I still loved it despite my dedicated attempts for so long to leave. Those kinds of questions tended to be deeper than geography, and no amount of time at home would help or hurt my ability to grapple with them.

JBH: You’ve talked elsewhere about a “mythic” California and the opportunities to both challenge that myth—beaches, Hollywood, the Golden Gate Bridge, say—and at the same time create more myths. (Maybe a moment that speaks to this runs, “…[The townspeople] were also no monolith. Some might say they were persons, not a people. That’s why stories happen. That’s why this story happened.”) The image California actively promotes of itself has been a topic of this series, and recently the New York Times published Parag Khanna’s map and analysis of “superstates” in the country, lines re-drawn based on “common economics and demographics.” Are we in the age of two or ten Californias? A hundred? Are there any shared bonds of Californians, or is this a state of 40 million separate Californians?

CM: This is a good time for me to thank you for the work you’ve been doing at Ploughshares. It’s been an education to this Californian, and a pleasure to read. As a desert kid, I grew up longing for places that seemed, on the map anyway, not that far out of reach: the freedom and glamor of the ocean, the celebrity of Los Angeles, the progressiveness of San Francisco, the racial and ethnic diversity of Oakland, the activism of Berkeley, and on and on. All those myths turned out to be both true and false, all at once, and maybe that’s why myths last. They’re built on the dreams of more than the forty million who call California home. They’re like mirages—another desert trope. They’re there, and they’re not, all at once, and no matter how close you get, they’re always just a little farther down the road.

JBH: Lastly, you had a book tour stop in the Antelope Valley. What was that like? Last month, I wrote about John Steinbeck being variously disowned by the Salinas Valley during his career. Do you worry about this? What is it like reading a book in its hometown?

CM: Variously disowned sounds like the place to be. As a person, I avoid confrontation to a fault. But as a writer, I don’t mind sparking discomfort. It means I’m writing toward the unsteady middle ground we talked about earlier, the place of questions not answers, the place where fiction should live. But I’m glad to say the event in the AV was a huge success, with lots of love from friends and family and strangers alike. If there’s anyone from the AV who detests the book or thinks my take on the AV is unfair or unrecognizable, I didn’t meet them. If they’re out there, I hope they’ll use that frustration in a constructive way by writing their own stories and poems to help create a diverse and nuanced literature of our strange and lovely home. Stories are more fun to write than angry emails, I bet, and definitely more likely to be read.