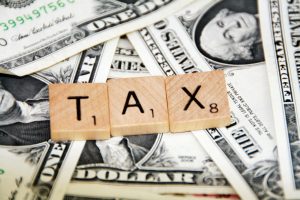 Both the House of Representatives and U.S. Senate are considering tax reform bills that, if passed, could affect writers and literary nonprofits across the country. While the two bills are different enough that they would have to be reconciled before any Congressionally-approved language makes its way to the President’s desk for signature—and that stage promises to be filled with potential stumbling blocks—Republican leaders are committed to victory.

Time is tight if Members of Congress are to meet the President’s request to have a bill on his desk by Christmas. If the flurry of activity on Capitol Hill in the coming weeks ends in a tax reform bill signed into law, there could be practical implications and altered income streams for those who earn a living from creative pursuits.

In an analysis of the House version of the tax reform bill, the Americans for the Arts Action Fund notes that a provision to reduce pass-through business income taxes on small businesses and entrepreneurs could benefit working artists and arts businesses, who may currently pay ordinary income tax rates on this income. In a committee meeting after the bill was introduced, the House amended its version of the bill to extend these benefits to a broader range of pass-through small businesses. The New York Times reported that the Senate version of the tax reform bill does not contain the same benefit of capping the tax rate business owners pay on pass-through income. Instead, it creates a new deduction for this income, designed to spread benefits more evenly between wealthy business owners and middle-class entrepreneurs.

Other provisions, however, could hurt the way writers make their living. Grant-making organizations that support artists have come to expect large donations from wealthy Americans who plan significant legacy gifts rather than subject their heirs to the existing estate tax. In the House bill, the estate tax would be eliminated by 2024; the Senate version of the bill preserves the estate tax, but nearly doubles the amount an estate can be worth before it is subject to the tax, from $5.49 million to $11 million. Under these more favorable tax conditions, titans of industry may choose to keep their wealth in the family, rather than support charitable organizations, including those who support working writers and other artists.

Commercial and nonprofit arts organizations may also take a hit from a provision in the House bill that would repeal taxpayers’ ability to deduct entertainment and membership dues expenses incurred for a business purpose. Under current law, a company may be more likely to woo its clients with theater tickets, for example, supporting playwrights in the process.

Nonprofits around the country are vital lifelines to artists and writers, providing everything from space to work to direct support and grants, as well as hosting readings, literary festivals and other community events. The Charitable Giving Coalition, a group representing 175 charities and nonprofits, said that the House bill would “generate dramatic, negative consequences for America’s charitable organizations and the constituents they serve.” They report that by incentivizing taxpayers to claim the standard deduction rather than itemizing their deductions, as many as 95% of taxpayers would be taxed on their gifts to charity. The Senate version of the bill contains a similar provision, to roughly double the standard deduction, although the Charitable Giving Coalition has thrown its support behind an amendment offered in the Senate Finance Committee to “extend a charitable giving incentive to non-itemizer taxpayers.”

Both the House and the Senate tax reform bills face rocky paths to passage. The current proposals have been criticized by traditional GOP allies in the business community, as well as by deficit hawks concerned about increasing the national debt. Even the patron saints of Republican causes, the Koch Brothers, were reported to be ginning up opposition to parts of the bill as written. Still, party leaders insist achieving tax reform is possible, and have staked their reputation on pushing a bill across the finish line. For literary nonprofits and individual writers on the razor’s edge of economic solvency, a few small tweaks or an eleventh hour compromise negotiated to secure passage of the bill could push their balance sheets into the red–or the black.