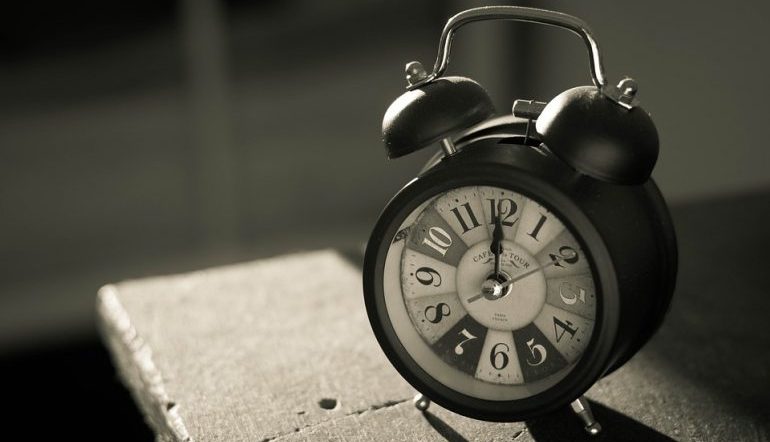 Writers squeeze writing in between their full-time work, even if they don’t talk about it. Journalist and TV anchor Jake Tapper did just that in writing his political thriller, The Hellfire Club, which he wrote sometimes in intervals of only fifteen minutes at a time. It’s possible the reason this sort of writing process isn’t widely discussed is because there’s still a stigma against writers who don’t have broad swathes of time to sit at their desks, disappearing into new worlds. The common portrayal of a “serious” writer is one who toils away for hours at a time.

Most long-respected writers have advocated for writing early and writing long. Ernest Hemingway said in an interview with The Paris Review that he started early in the morning, working until midday: “When you stop you are … empty, and at the same time never empty but filling.” Afterwards, Hemingway would go for his daily swim. Jack Kerouac is said to have written On the Road in “one feverish burst,” but he planned it for years, according to Celia Blue Johnson. Virginia Woolf wrote for two and a half hours every morning, mostly because she did not have to work on anything else. She published her first novel, The Voyage Out, when she was thirty-three, after many years of working on it—likely during those two and a half unencumbered hours each day when she didn’t have to work on anything else.

Tapper completed his novel in four years, which he says was a matter of “time management” and planning. The idea of a political thriller had been in his head for a decade before he actually started writing it, and he says that the consistency that came with writing every day, even when he didn’t feel like it or didn’t feel he was turning out great writing, was the key to finishing the book. “Every time you’re in an airport or on an airplane, write a little,” he says, falling in step with what Natalie Goldberg writes in Writing Down the Bones:

There is no perfect atmosphere, notebook, pen, or desk, so train yourself to be flexible. Try writing under different circumstances and in different places. Try trains, buses, at kitchen tables, alone in the woods leaning against a tree, by a stream with your feet in the water, in the desert sitting on a rock, on the curb in front of your house, on a porch, a stoop, in the back seat of a car, in the library, at a lunch counter, in an alley, at the unemployment office, in the dentist’s waiting room, at a bar in a wooden booth, at the airport, in Texas, Kansas, or Guatemala, while sipping a Coke, smoking a cigarette, eating a bacon, lettuce, and tomato sandwich.

Even if the first spell of writing isn’t a success, Goldberg argues in her writing bible, there’s still a merit to doing it. The same case can be made of Tapper’s approach to The Hellfire Club and of any writer who plans and plods away at their work fifteen minutes at a time. To break away from the idea that we have to write for hours at a time to show our dedication to writing is to break away from an elite ideal that few of us have the luxury of embodying. While it is difficult to assess or edit a long work in fifteen minute spells, it may be worthwhile for more writers to accept, especially at the beginning, that fifteen minutes of writing in the subway, on the bus, or before dashing off to work is better than waiting for that gift of an hour at our desks to arrive.