While publishing online can mean that a text is more easily widely circulated, the dedication that goes into presenting a chapbook online often goes unsung. For July, I read three e-chapbooks, and each of them had stunningly beautiful covers and design that enhanced the reading experience. Despite “only” being e-chaps, they were all thoughtfully put together, most likely with at least the same amount if not more care than something in print. Perhaps lacking the anxiety of having to deal with the print process, time was otherwise spent on making sure these works were presented to the best of each press’s ability.

To You by Catch Business (Ghost City Press, June 2016) 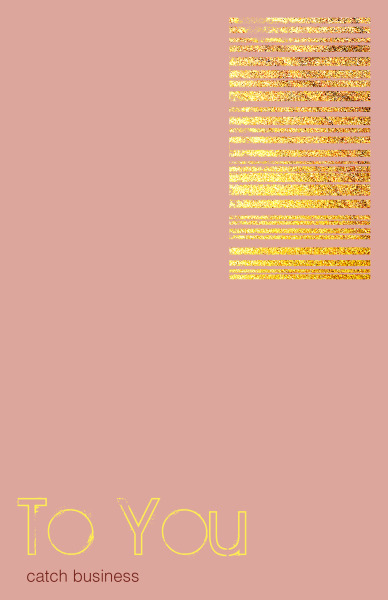 The opening poem in To You, a micro-chapbook for the Summer 2016 series Ghost City Press is publishing this summer, “considering becoming a vampire,” lacks periods and commas yet its language and pace dictate its clarity, allowing for readers to go back through it again and take a marginally different route, ending up close to where they got off the first time. It’s like getting off at the same subway station where you always get off but going out a different exit—you know you’re in the right place, the same place, but you’ve got a new view of things from here.

Business’s poetry is obsessively of the digital age, taking its audience’s understanding of texting and social media for granted. This complicates the speaker’s habits of communication and, therefore, expressions of emotion. At the same time, though, the speaker is aware of the importance of an intimate connection with nature via the planets, plants, and animals around her.

The poetry’s occasional brutal honesty sometimes blunts but doesn’t impinge on its lyricism—as soon as a reader might notice how much is being worn on the speaker’s sleeve, Business turns to a metaphor or image that heightens, extends or exalts the more straight-forward outpourings: “i’m the morning / i’m alone // cars blend / into each other // like a diamond necklace” (“everyone says you”, lines 23-27). Business also is not afraid to muse aloud in her poetry about process, audience, and poetry itself in an admirably authentic and seemingly un-self-conscious way, connecting the poems to the title of the collection. The shifting relationship between the speaker and the “you” as well as the aforementioned lack of punctuation all serve to pace and complicate the way that the ideas and images build on each other in this short but satisfying online micro-chapbook. 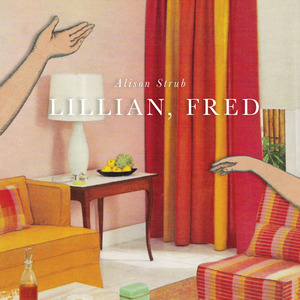 When I first started reading this beautifully designed chapbook of two-voiced poems organized on the page into justified rectangles, the precise relationship between the two title characters was of immediate interest. Fred, the lefthand voice, asks Lillian, the righthand voice, mostly unanswerable questions; comments on Lillian’s virtues, diet, and fashion; and, sometimes, gives her instructions. Lillian explains Fred’s latest auto-didacticisms and interpretations of her dreams. He is constantly “reading up” on something that the two of them are “going to work on,” and this repeated notion helps to form a longer refrain beginning in the second poem and lasting through the last poem.

Strub’s language is often elegant in a way that makes Lillian and Fred seem as though from a time before ours, yet the chapbook is clearly of a modern age with its occasional slang and vulgarities as well as consistent references to newer technologies, like social media, modern preventative contraception, and screens: “The rest / of the room is dark. Glow screen, / glow. Glow the endless internet” (poem 13).

Each numbered poem can stand on its own, as evidenced by publication of a few in noteworthy literary journals, but together they build a larger narrative. Lillian says, in the opening stanza, “Fred wants to sleep with me, but he really shouldn’t,” (1) and later an engagement ring appears in one of her dreams, as do love letters from her many suitors. Fred is majorly concerned with Lillian understanding how special she is but also mentions her inability to clean the house properly multiple times:

bewitching, although you spend

most days cyberloafing. Your chalice

collection is pedantic, but you’re

good for many things. You need just

Fred refers to himself and Lillian as “intimate friends” at one point, not necessarily the way one might refer to a fiancée or girlfriend. The fluctuating story of their relationship drives this lovely chapbook forward, leaving a finished reader wanting more. Any relationship is work, and this chapbook teaches that knowing you always have “so many things to work on,” (25) helps to sustain one. 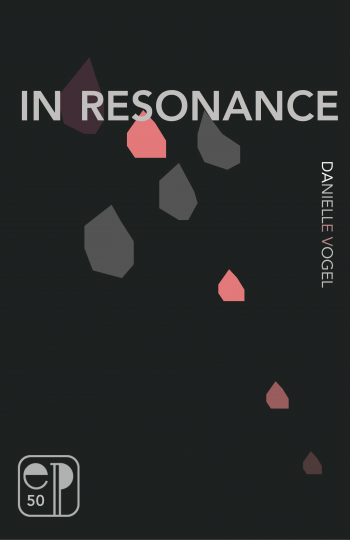 In Resonance: Translations of Light in Language by Danielle Vogel (Essay Press, January 2016)

This chapbook is made of selections from a longer book-length lyric essay, A Library of Light, which seeks to translate the impossible language of grief through conceptions of light. This helps to explain both the fragmentary nature of this work as well as the textbook-like voice it occasionally employs. Vogel uses science-married-to-art to explain that which cannot otherwise be explained rationally.

Because of the precise and methodical language of the text, each fragment’s weight as truth is equal to one another, regardless of whether the line is poetry or fact. Straightforward lines like, “The DNA inside each cell vibrates at a frequency of several billion hertz” (3), help lines like “A ghost is nothing but the noise we pass between” (7) to be read with the same certainty.

While this body of work confronts the process of grief, it is also about the writing of that process: “I want to flood the sentence with light until it breathes without me. I suspend something between two points. I strain the body into parts. Let it warp through the word, exaggerated and left with the feeling of having been” (9). Vogel relates her complex emotions directly to language and light, the two major themes of the work, in a way that allows readers to come closer to understanding the trauma caused by a drug-and-alcohol abusing mother, the more recent anguish over her mother’s death, and the idea of herself as a person who has suffered and survived both.

Through metaphors and lessons, Vogel gives physical manifestation through her lyric essay fragments to that which most only see as abstract: light, ghosts, language, grief, identity.