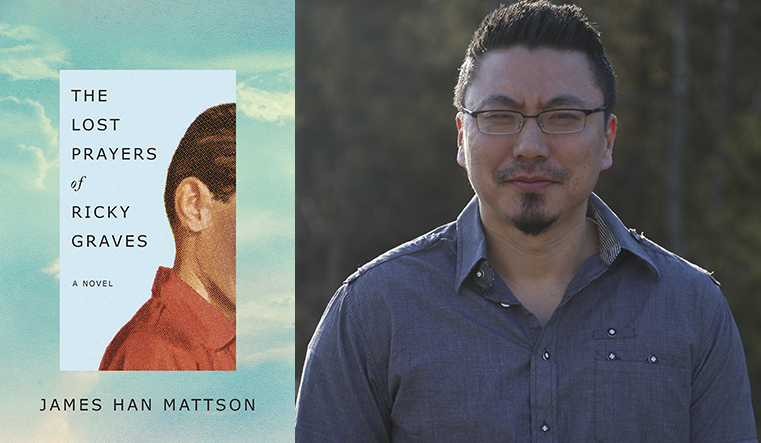 We are only just starting to read books that deal with the myriad ways the internet has impacted daily life. Books like Who You Think I Am by Camille Laurens have explored how we construct our identities online versus our in-person selves. The Circle or Super Sad True Love Story push our obsessive digital interactions to extremes, but they’re extremes based on today’s norm. Many books have treated social media as just another space for conversation or as a portal to additional marital uncertainty. What I’ve not seen before, though, is a book that portrays the internet as the transformative gateway it can be for young people coming of age in a rural space.

The Lost Prayers of Ricky Graves

starts, like many books set in a small town, with a homecoming. Alyssa, the titular Ricky’s older sister, has just arrived back to El Monte Springs after an attempt at living in the big city. She’s pregnant, she’s out of work, and she’s returning to the place where she’s most known as Ricky’s sister. Ricky, who killed another kid and then himself after trying to come out as gay to his high school crush.

Alyssa is drawn back to El Monte Springs partially out of a sense of responsibility. She’s mirrored in that regards by the other point of view characters in the novel. Another, Jeremy, knew Ricky only through chat windows online, through which he’d tried to act as older mentor and guide through the landmined path of being gay in a small, conservative town. Corky, Alyssa’s ex-boyfriend, feels responsible not just for what happened to Ricky but for the whole town: “I knew the Springs had its problems and its faults, but what town didn’t? I loved it, felt a duty to my town, so when one of my townspeople was in true need […] I felt that by helping that person, I was helping mend the town.” Mark, who witnessed the murder-suicide, is still processing his responsibility. And Claire, one of the few people who Ricky considered a friend, feels responsible to get revenge for what happened to him.

In a more urban setting, each of these characters might feel the same responsibility, but their interconnection would be more precarious, more verging away from realism. In El Monte Springs, though, the fact that all of their stories can be dependent on each other through their common link to the deceased Ricky Graves can be taken for granted. Ricky himself sought to escape the town’s gravitational pull, using the internet as a place to find sympathetic ears, to reinvent himself on his own terms. Unfortunately, the internet can’t supplant his geographic reality, and the social constraints that he deals with in-person swing with as much force online as in reality.

For the other residents of El Monte Springs, the internet allows them to see other people like themselves who they may not normally have access to. It doesn’t erase the geographic walls, but it punches a hole in them large enough to see the possibilities beyond. Jeremy’s conversations with Ricky are his way of dealing with a bad breakup that made him question his own movement through the world. Ricky’s mother is depicted in part through a string of emails she sends to the author of self-help books. In each case, the internet is a way for the character to get something that is not otherwise available to them.

The Lost Prayers of Ricky Graves’s epigraph reminds readers that the internet of today was the unimaginable science fiction of yesterday. Mattson quotes the prescient Arthur C. Clarke, looking forward from 1974 and imagining a world where people can live “anywhere they like” thanks to the ability to do business via computer. He also quotes Henry Melvill, (not that Melville) a 19th-century Church of England priest, who knew the internet existed metaphorically 150 years before it was invented: “A thousand fibres connect you with your fellow-men, and along those fibres, as along sympathetic threads, run your actions as causes, and return to you as effects.”

Through the lens of Ricky Graves, it’s Melvill who has the more accurate description of the two. While the internet has allowed the select few to become digital nomads, Ricky is just as stuck in El Monte Springs with it as without it. The fibres—real and metaphorical—are both his lifelines and the most direct path for tragedy to enter. And every decision the characters’ of the book make reverberate through the web and back to them as consequences they weren’t expecting. According to Ricky Graves, social media hasn’t reshaped our social worlds, but instead just created a new arena for friendship and heartbreak, hope and torment.

The Lost Prayers of Ricky Graves is James Han Mattson’s debut novel and is slated for release in December.