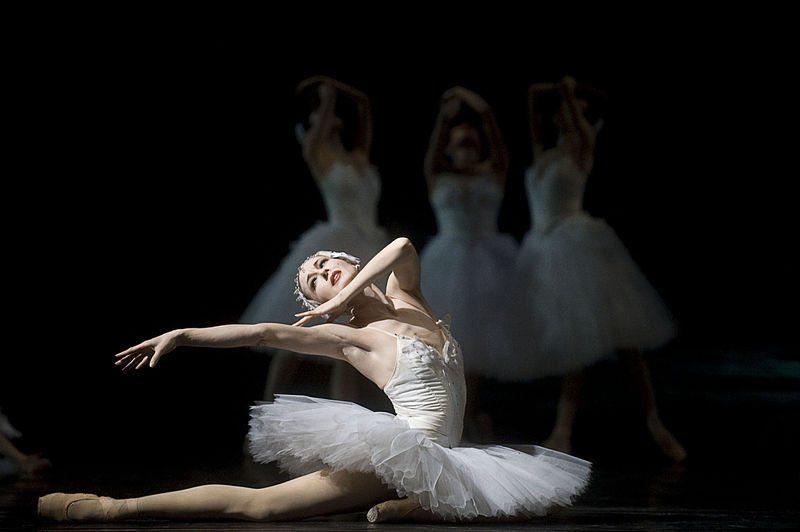 It’s nearly December, the time of year when I’ll walk through a pre-holiday mall or a Christmas tree lot and almost surely hear the music of The Nutcracker escaping from a planter. Usually it’s the Sugar Plum Fairy’s pas de deux or the Russian dance, and suddenly, I’m transported in memory to my eleven years of Nutcracker performances, a little girl watching older ballerinas from the wings, and eventually the ballerina being watched. For young dancers, The Nutcracker is a dreamy escape, the dark theater trapping us inside the shared experience of live performance and music. Ballet is world-building. It’s hard to describe to non-dancers what it is about The Nutcracker, its yearly inevitability and nostalgia, that acts as a magnet for dancers and non-dancers alike. In any case, not a December goes by in which I don’t dream of going to see it and having to step in at the last moment, listening to my musical cue to step onstage and shape the story myself.

This time of year, I remember more than ever what it felt like to give my body so completely to the process of dancing. This isn’t why I recently picked up John Haskell’s The Complete Ballet (Graywolf), but it does explain why I’m drawn to any cultural artifact with “ballet” in the title. The Complete Ballet is a hybrid book, its subtitle, “A Fictional Essay in Five Acts,” suggesting not only the format of a classical or romantic story ballet, but the sense that we can never answer Yeats’s question, “How can we know the dancer from the dance?” about the blurring of artist and performance, truth and fiction.

The Complete Ballet has a structure that serves to both blur and delineate what an audience can learn from a ballet. Haskell uses five traditional story ballets as foils against an evolving plot of an unnamed narrator in a noir nightmare set in Los Angeles. In fact, Haskell borrowed much of his non-ballet plot, right down to character names, from the 1976 Cassavetes film “The Killing of a Chinese Bookie.”

The five ballets that throw the central story into relief appear in chronological order of their first performance—La Sylphide (1832), Giselle (1841), Swan Lake (1875), La Bayadère (1877), Petrushka (1911). Each one features a human caught in a tempest of supernatural and anachronistic drama—usually featuring eternal love and broken promises—that end up being roughly analogous to the male narrator’s own life. The otherworldly being, just out of his reach, is in this case a dead daughter, and like the men of these ballets, he eventually sacrifices himself in a way that seems at once utterly preventable but inevitable. He becomes a gambling addict, dangerously pursued by a classic villain.

In one scene, shortly after we learn that the narrator’s daughter has died and his marriage has broken down as a result, he tells us of a tender and tragic moment with his wife. They were cooking dinner, “and I don’t remember how but we found ourselves in each other’s arms and we stayed like that, swaying and crying, and I was supporting her and she was supporting me and then I couldn’t do it anymore. I couldn’t stand.”

This revelation arrives in the essay about Giselle, a ballet in which a man mourns his lost love and has to keep living, and dancing, until his own death. “Albrecht’s problem is he’s still alive,” the narrator says. “Giselle is dead, and the curse on him is that he has to keep dancing. If he can dance through the night his life will be spared, but at this point, having already danced for hours, his will to dance is exhausted. Whether he’s alive or dead barely matters to him.” The connection is unstated but clear, and emotional resonance standing in for what happens off the page and on the stage.

Occasionally Haskell allows the story ballet to stand in for what is happening in present day—in the final scene, for example, the narrator says “The tragedy of Petrushka is the tragedy of us all,” and that he, like Petrushka, is freed from the person who controlled him. Usually, though, the ballets and the present-day story run in parallel channels, rarely calling on each other for interpretation or recalling the story that exists alongside it. Often the connection is difficult to articulate, but by focusing on what each ballet role desires and mourns, we understand something about our narrator who tells us both his own story and what he notices at the ballet.

For balletomanes like me, there is much to learn about ballet, and much to interpret from the way Haskell layers it over a more modern drama. The ballet essays include notes on original staging as well as description of famous pairings responsible for bringing each performance to life—Balanchine and Suzanne Farrell, Nureyev and Fonteyn, Nijinsky and Diaghilev. Using words to describe a primarily physical art form, in turn allowing those described steps and gestures to stand in where words cannot, makes Haskell into both choreographer and writer, and characters into dancers and vice versa. Its absorbing experiment—using one art to enhance and test another—also creates the dualism of our role as both reader and audience, positing us both in our seats and backstage, peering from the wings onto the stage, watching the spotlight drift from dancer to dancer.