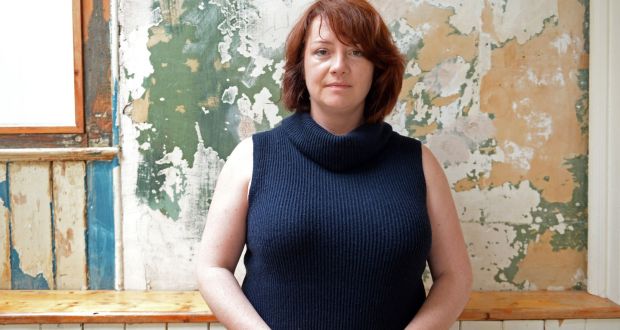 With the publication of The Lesser Bohemians, Eimear McBride has proven that her broken, intuitive style can transcend the nuanced success of A Girl is a Half-formed Thing. Though McBride has been zealously compared to such modernist giants as Joyce, her syntactical innovation is employed to different ends, and her concern with trauma and shame defy easy contextualisation. How does McBride employ and expand modernism? Is it her rendering of fragmented, burgeoning female subjectivities that defines her? Or is it her continuing to push form at the level of the sentence?

Reading Eimear McBride’s fiction, we’re plunged into a given consciousness where sensation and imagery reign, where plot and syntax are secondary. Here, immersed in intuitive rhythms and skewered descriptions that call to Joyce—who the author herself lists as an influence—we might be forgiven for thinking ourselves in the thick of modernism.

And yet, the more of McBride one reads, the more lacking the term feels.
Her protagonists, firstly, are female, and the language that sees them unfold is still in a pre-conscious state:

McBride’s debut novel, A Girl is a Half-formed Thing, proved a seamless merging of content with form: the prose is so thoroughly enmeshed with the narrator’s body that the text feels generated rather than written—words imprint on the page as events imprint on flesh. McBride’s writing entails language that undergoes the trauma to which her narrator falls prey, and its reading to which we readers submit ourselves entirely.

This visceral reading experience that calls for the body as much as the gaze sees us shift further still beyond modernism’s reach.

In the London Review of Books, Jacqueline Rose writes, “McBride has taken us back to the experiment of modernism and ushered it into an eviscerating new phase: Guts to gorge,” and McBride herself has recently posed her style as modernism plus embodiment.

This gets us closer: modernism with a bodily surplus.

Of her writing process, McBride says, “language has to work in a lot of different ways, not only to carry its meaning but to carry the whole sense of the book and physically demonstrate what’s going on in the scene.” Of her Irish heritage, she says, “It forms my understanding of language—that impertinence that the Irish have with the language.” Beginning The Lesser Bohemians, McBride’s second novel, the prose is still richly corporeal, still governed by gesture and irreverence, but with a few deft changes.

To begin with, the materiality of the page carries greater weight. The compression of text—its becoming physically smaller—presents certain thoughts as tentative, unacknowledged and unformed and so all the more hidden within the psyche. We might, perhaps, be reading something the narrator herself isn’t privy to:

Where to? Leicester Square. I’ve never seen it after dark so many nevers.

Gaps mid-sentence also see the page emphatically textured with the narrator’s psychology. The gaps are not dashes or ellipses, but empty spaces that read as moments of quiet—that the reader understands as absence than pause. McBride says, “I don’t want the reader to ever feel like they’re getting a second hand experience . . . this is . . . something that’s happening in that moment.” Hence, these moments of complete break in which improvisation fails:

We know that trauma is one of McBride’s key themes: if A Girl’s portrayal of sexual violence sees text fracture and recalibrate in moments of trauma, The Lesser considers its more long term effects—how the body copes in the life-long aftermath, where triggers relent only to later return.

Importantly, in each novel this embodied style also encompasses female sexuality and its sometime partner: shame.

Like the nameless protagonist in A Girl, The Lesser’s Eily acts on sexual urges that are informed but not dominated by childhood abuse. Akin to Dorothy Allison’s Bastard Out of Carolina, in which young Bone’s sexual desire proves zealous and subversive, Eily, molested as a child, nonetheless seeks and finds pleasure in her body. This pleasure, sometimes tinged with physical harm and at others explicitly violent, satisfies her without shaming her. Shame, indeed, is wonderfully off-stage, denied the formative role it typically plays in a woman’s life.

This is, for me, what makes McBride radical: the fusion of a visceral, articulate ferocity with an implicit, expansive feminism. Her protagonists are women and girls governed by the vulgar and the brutal, the unforgiven and unforgivable, and this incarnate modernism works to make visible a fuller spectrum of their experience. Disallowing easy prescriptions of “destructive” and “demeaning,” they pursue pleasure and selfhood and achieve, if not selfhood itself, a kind of transcendence that lifts them beyond the grasp of societal norms.

Ultimately, it is McBride’s artful transcribing of pleasure and pain, those moments that see the body become porous and “speak itself,” that grants the female body and psyche their full reign with nuances, confusions, and revelations intact.