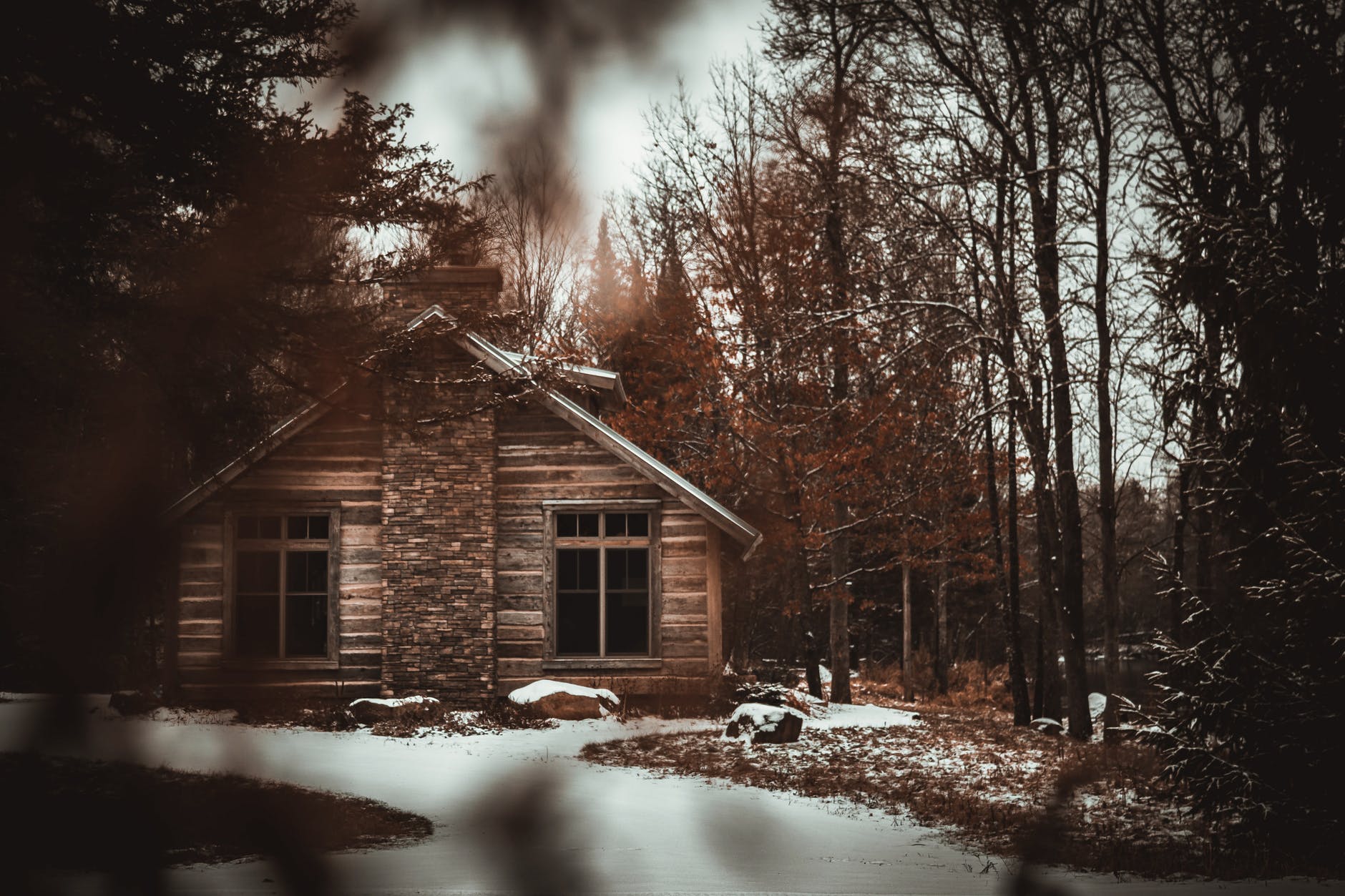 With virus cases on the rise and winter descending, it’s inevitable that we’ll again be spending long weeks at home. As I prepare, I’ve been thinking a lot about houses, and the domestic lives that unspool within them. In the early months of the pandemic, for those of us privileged enough to work from home, domestic routines—and domestic tasks outside the routine, like baking and knitting—were a soothing grasp at normalcy. But by now, once-lulling repetitive tasks underscore the monotony of months of this; they seem inadequate ways to process not only the danger of the virus but also something as disturbing as a president who refuses to concede an election despite his loss. In this moment, it’s difficult to see any space as entirely safe; it’s difficult to view any domestic arrangement without its undercurrent of uncertainty or instability. Two poems written in a fairy-tale register—Jane Hirshfield’s “Amor Fati” and Kiki Petrosino’s “Nursery”—capture this sense of pervasive menace, and complicate the idea of home as the ultimate refuge from a threatening outside world.

It’s a trope of fairytales to come upon a house in the woods. The question of safety is complex: neither the dark woods nor the unexpected house is free of threat. In Hirshfield’s “Amor Fati,” the woods are lonely. The poem begins with an almost lullaby-like stanza: “Little soul, / you have wandered / lost a long time.” The night is vast and anonymous: “The woods all dark now, / birded and eyed.” The simple diction of the first stanza turns uncanny in the second: the darkness is made animate. In the midst of darkness, there is “a light, a cabin, a fire, a door standing open.” The house is not obviously safe or unsafe, but it is obviously human, in contrast to the forest. Even if it’s dangerous, it must be confronted. Here the poem’s title comes into play: amor fati, or “love of fate,” characterizes the poem’s second half, in which the actions of the “little soul” read as both uncomfortable and inevitable:

The fairy tales warn you:
Do not go in,
you who would eat will be eaten.

You go in. You quicken.

The “little soul” of the first stanza desires not safety but the physicality and definition outlined in the last: eyes, feet, fears. The cabin, with its open door and light, is never fully revealed as a site of safety or danger. All that’s certain is that it’s a site of transformation.

In “Nursery,” too, a house in a fairy-tale forest acts as a site of menacing transformation. Given the poem’s title, the house and the forest could likely be read allegorically, as a poem about entrance into domestic responsibility more generally. The poem begins after the decision to enter the unfamiliar space has already been made; in “Amor Fati,” the cabin is glimpsed from afar, whereas in “Nursery,” Petrosino puts the reader right at the doorstep: “We opened the door to the fairy house / & took our tea on matching pebble seats.” Unlike in Hirshfield’s poem, entrance into the fairy house is undertaken with company. Petrosino reveals the shape of the tale by the second stanza: “Somehow we got out of there alive // though something crystalline of us / remains in that dark, growing its facets.” With the scope of the story defined, “Nursery” is a poem of aftermath. The narrative is simple: the speaker and a companion enter the fairy house with some level of bravado (“You asked / What could happen?”), drink “the strange tea,” speak to the fairies, and escape. The form of the poem is elliptical; many of the stanzas end with the refrain “somehow we got out of there alive.” The deeper question of the poem seems to be: what compelled them to enter, and how did the domestic space—its strange inhabitants, its confinement, its confusion—change them? The house, and the fairies, remain shrouded in mystery: “Inside, our hosts gave damn few answers. / Who built that door? Is this a fairy house?” In the world of the poem, the fairies might be real or symbolic. All that’s clear is that the “we” of the poem has been profoundly altered: “Our life / is different now we’ve drunk the tea.” The fairy-house becomes not only a site of transformation but also a place of nebulous loss, an emblem of the ways in which the things that most change us often remain mysterious, obscure.

In both poems, the border between safety and danger, refuge and external world, is porous. Both suggest the inevitability of change, and the uncertainty and menace that often accompany it. They are poems that at once tempt the reader towards the open door and caution them away from it. Reading them now, they are comforting in their complication of familiar and threatening, their insistence that whatever time we spend either in the forest or by the fire will be transformative.