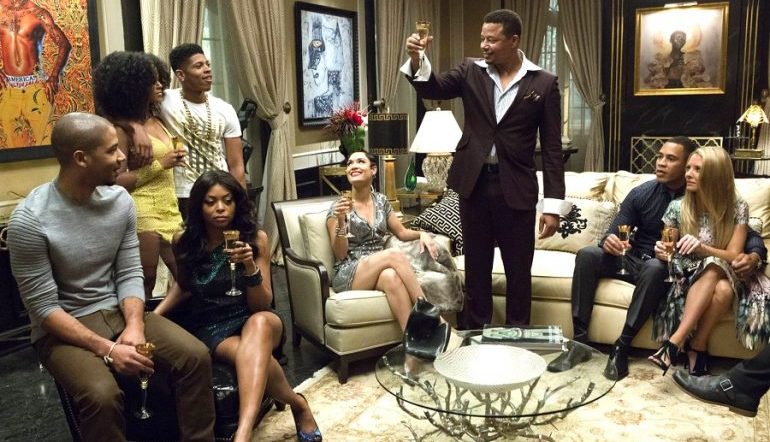 Fox’s Empire really wants you to know it’s so King Lear. In the pilot, Lucious Lyon—music mogul, owner of Empire Entertainment and father to three sons—gathers his kids in the board room to talk about how he won’t be able to run things forever. “What is this? We ‘King Lear’ now?” his son Jamal asks, obtusely. Empire equals Lear, or so we are told. But how Lear is it?

Lear works well as a framework for a contemporary story. It’s territory that’s been covered successfully before, notably in Jane Smiley’s 1991 Pulitzer Prize-winning novel, A Thousand Acres. Smiley sets her novel on an Iowa farm, opening with a powerful father divvying up his land between three daughters. As with Empire, the tenets of Lear are obvious immediately: the overbearing patriarch, the refusal of one of the king’s heirs to play a game of sycophancy, the misinterpretation of actions and whispering about intentions, and the spiraling downfall of the family. The richness of Smiley’s novel is in how she plays against readers’ expectations about plot and perspective. Smiley uses Shakespeare’s five-act structure as a platform, not a hard-and-fast rule.

It isn’t totally clear yet if (or how) Empire will follow suit. What is clear is that it’s a compelling soap-opera of magnanimous, megalomaniac characters. Everyone is plotting, everyone has something to lose. The magnetism that we saw between Taraji P. Henson and Terrence Howard in Hustle & Flow is alive and well. Is Empire kind of Lear? Learish? Sure. Its classification as such lent Empire some gravitas before the premier. And the soapy-ness of it all isn’t out of line: Shakespeare wasn’t above the draw of baser scenes and jokes to fill seats—or more accurately, to fill the standing area for groundlings whose excitement would rouse the elites staring down from the balconies. Each time Empire pushes sex, innuendo, violence or scandal, it’s right in line with the Bard.

Smiley and Empire creators Strong and Daniels understand Lear’s central tension: obligation. Life on Acres’ Iowa farm and in Empire’s high-rise feels feudal. Duty – and its byproduct, guilt – color the relationships in both versions. Both stories exist under the constraints of a hierarchy like the Elizabethan Great Chain of Being: step out of place and you’re done. The Cook family of Smiley’s novel maintains a sense of power that is directly tied to mortgage-free land ownership; Lucious’ power comes from absolute creative control. In each retelling, the writers take the kind of stock characters that Shakespeare used to populate the stage and develop them into multi-faceted characters with their own entanglements.

How does each version break from the original? Shakespeare draws our sympathy toward Cordelia, Lear’s youngest. From the start, both retellings pull our sympathy elsewhere. Smiley makes Ginny (her Goneril) her narrator and the most sympathetic, while Strong and Daniels direct our sympathy to Jamal, Lucious’ second son (Shakespeare’s Regan, for those playing along). One of Smiley’s other bold choices is her decision to make much of the actual tragedy (the blinding and suicides that follow the original) happen in narrative summary, away from the reader’s attention. So far Empire hasn’t shied from violence or shock—I’d be surprised if they don’t mine the tragedy for every drop of violent material.

Lear is an archetype that’s uncomfortable and familiar at the same time. On that count, Empire is succeeding. While only time will tell if the show’s creators bend the story as successfully as Smiley, it’s clear that watching them try will be worthwhile.