Home
»
Uncategorized
»
Music to Write By 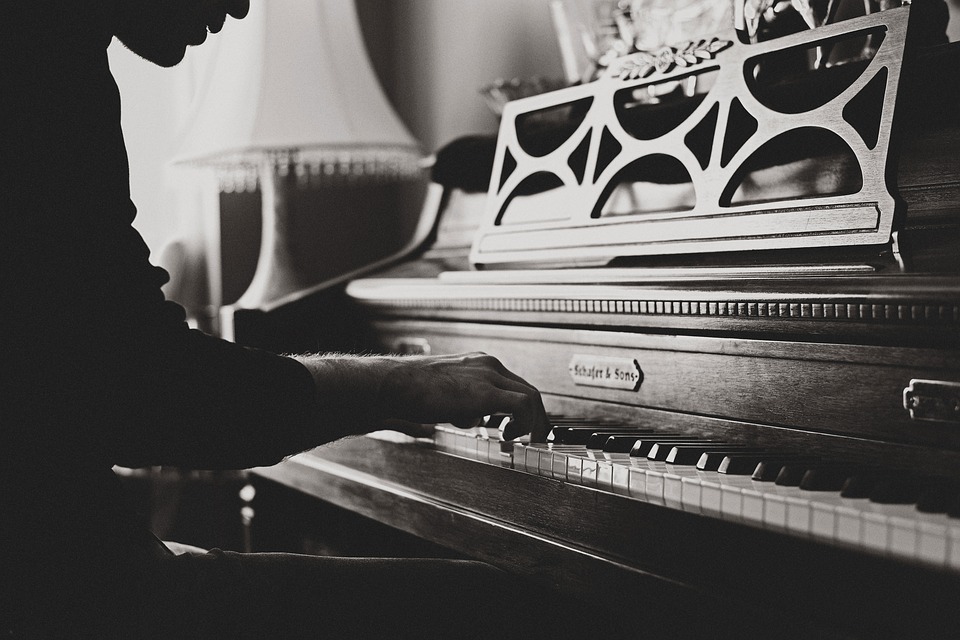 It’s hard to write sentences or poems with people singing songs in the background but I think that some other music – orchestral music, smaller music involving instruments, singers singing without words – is a great and inspiring thing to have playing next to you when you are writing.  I wrote a whole book listening to Keith Jarrett’s double CD Shostakovich: 24 Preludes & Fugues op. 87 (ECM) – just an extraordinary recording, if you don’t know it – and, I think there’s only one other recording of this particular Shostakovich. I then gave a copy of the CD to my friend, Victoria Redel, and told her:  write a book listening to this, I just did!  I don’t know if she ever did write to this specific music, but she did like the CD.  I credit Keith Jarrett as much as I do my own memory (the book was a memoir) or anybody else who helped me get the book out in public.  Here are some other favorite recordings of mine that have helped me as a listener, a writer and a friend who gives music to somebody else:

Wayne Shorter:  Speak No Evil (Blue Note) – I actually wrote a one man show that used most of this CD in the background.  The one-man show was, according to friends and fellow writers, clearly not my shining moment as a writer (one friend told me I was just cannibalizing from work I had written already and another friend told me it was the coldest thing he had ever read), but it was a great moment for me, personally, as someone discovering Shorter for the first time, which is what happened here.  I can’t remember how I came across this particular CD, but like Miles’ Davis’s masterpiece, Kind of Blue, Speak No Evil doesn’t have a bad track on it and it puts you in incredibly specific moods – one of those completely original jazz recordings that also depict a specific time (the ‘60’s) which, as I remember the ‘60’s was soulful, and somewhat structured but very wide open.

Charles Ives:  Chamber Music:  Four First Recordings (Paul Zukofsky (violin), Gilbert Kalish (piano), & Robert Sylvester (cello)) (Columbia Records) and Charles Ives:  The Sonatas for Violin and Piano, Vol. 1 and 2 (Gilbert Kalish and Paul Zukofsky)(Folkways) – Both of these recordings are wonderful, but I’m particularly partial to the sonatas because they are so pure and they were recorded on Folkways (the great recording company famous for Pete Seeger and indigenous music.  Seeger’s Goofing Off, a recording of traditional and classical music played on the banjo is also a great record to write to).  I think the Ives recordings for Violin and Piano are probably out of print, but you can download the music in MP3 format from Amazon.  The duets are just extraordinary – so haunting and ethereal and a great introduction to the music of this iconoclastic composer.  Even in the confirmed dissonance here, it’s more approachable than, say, his “Central Park in the Dark” which is a piece of music you can barely even hear until you’re in it for almost 10 minutes.

Meredith Monk:  Key (Lovely Music and downloadable from last.fm) (ECM)  – Monk’s first album and in some ways, her best – certainly her most basic.  This is music for voice, organ and Jews harp. The entire thing feels improvised by a brilliant adolescent girl child.  What I love about Meredith Monk’s music is that it feels completely sacred and secular at the same time (which a lot of my favorite writing sounds like, too).  There is also in the minimalism an almost raging (is that the right word?) intimacy that can feel overwhelming.  Close to the bone, hypnotic and strange – this is the music I can always imagine hearing in a dream and wanting to stay asleep to hear more of it.

Miles Davis:  ESP (Columbia) – Not as well-known as some of the other Davis recordings and it came out between his straight ahead phase and his fusion phase – his, rococo recording, let’s call it – but I think it’s really one of his best and where Kind of Blue is filled with more open spaces to write into, this one is much more closely voiced and tighter and more bop than romantic.

These are just seven recordings that come to the front of my mind, but I have found myself over the years listening to them again and again – not just as writing prompts, but as islands to live on.  And if there’s no music, you can always duck into a café full of people and open laptops and listen to the music of other people in conversation.  I don’t know how anybody ever gets any writing done, but apparently they do.  I’ve never been able to generate something new in public but I have been able to revise in public which seems to rely more on scheme than invention and on clear days, it’s easier to scheme in company.