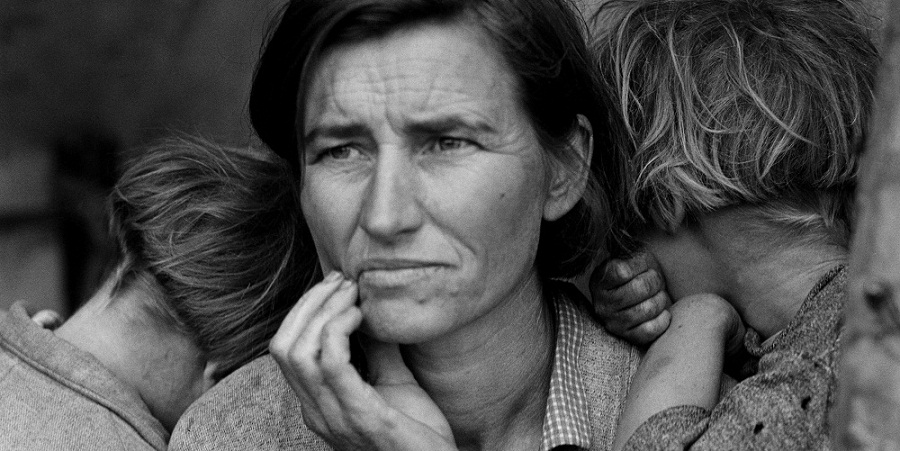 Historical Fiction isn’t just a man’s world. In fact, several recent historical novels have featured, successfully, stories of bold women who defied odds. In April, I moderated a panel of these writers at the LA Times Festival of Books. Their novels are vastly different, but each presents an old story—a historical one—in an innovative way.

As our discussion evolved, it became clear that the link between these novels—in addition to their female protagonists and their basis in history—was depth of character. I enjoyed each of these four protagonists’ stories for what Marisa Silver called “wrong-rightedness:” their believability because of the complex choices they make in difficult circumstances. If you’re looking for a new book, one based in history, with a strong woman at its center, here are a few recommendations:

Mary Coin, by Marisa Silver, is a based on the story of Florence Owens Thompson, the woman in the “Migrant Mother” photograph (above), and her photographer, Dorothea Lange. Silver’s story begins in the Midwest in the 1920s and follows the two women—named, here, Mary Coin and Vera Dare—through the 1930s as they love, lose, and pursue a living at different ends of the financial spectrum. Silver’s story features two women at odds with both their place in the world and their place in time. In Mary Coin, Silver poses excellent questions about artistic composition and how it shapes our feelings about history.

The Peerless Four, by Victoria Patterson, seeks to give a voice to the almost-forgotten first Canadian women to compete in the 1928 Olympics at Amsterdam (and only on a trial basis, at that). Patterson’s four are imagined as complicated women taking different routes to the world stage; they’re also athletes who have to struggle against being typecast by the media, either as beauty queen or tomboy. Within this sports tale is another story of a bold woman from history who inspires Mel, the ladies’ chaperone. The Peerless Four are ahead of their time, but Patterson shows us how women like them paved the way for so many who came later.

Rise the Euphrates is Carol Edgarian’s 1995 novel, re-released this year to coincide with the centennial commemoration of the Armenian genocide. In what is largely a tale of family, Edgarian raises questions about our right to tell the stories of others. Garod, a young girl who escapes the genocide in 1915, is eventually a grandmother in America. Garod, or Casard, as she comes to be called, does not want her difficult past to come to light. Her daughter, Araxie, wants the story to be told so that the next generation will know its roots. Rise the Euphrates covers a vast amount of time and geography, but renders beautifully the complex relationships between mother and daughter.

Neverhome, by Laird Hunt, is a colorful, evocative Civil War tale about Constance, who disguises herself as “Ash,” a man, so that she may go off to fight. Bartholomew, her husband, remains on the farm. Ash fights in some of the most grisly battles of the war, and eventually has to make her way back to Bartholomew. Neverhome is an Odyssey in reverse: “Penelope gone to war and Odysseus staying home.” Hunt bases his tale on untold numbers of women who actually fought during the war. The author’s extensive research of soldiers’ letters home give this narrative the distinct lyrical flavor of the time period, and Ash is as good a flawed heroine as you could hope for.