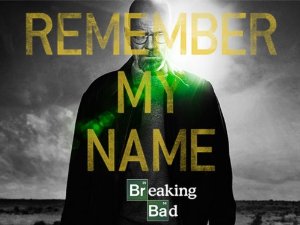 Ever since I began writing this “Episodia” series, I’ve wanted to write about “Breaking Bad.” It’s a show I’ve loved from the moment Walter White and his pseudo-slacker ex-student Jesse Pinkman made their first batch of crystal meth in a rundown RV in the desert. When I first heard of the show, I didn’t want to see it because I assumed it was just another story about a man dying from cancer. How wrong I was. It only takes one episode to see that the series is as much about life as it is about death.

In the past few months, I’ve learned that it’s hardest for me to write about the shows I love the most. I hesitate to offer any commentary on “Breaking Bad” because it’s so much smarter than I am. And it isn’t just science-smart. It’s character-smart, plot-smart, and heart-smart, too. But what I can do—and perhaps what might be useful to you as well—is consider not why the show is admired by critics, but why it is beloved by its audience. Television and film are both glutted with formulaic stories of good men gone bad. How has “Breaking Bad” made us fall in love with characters who are both heroes and villains?

As I’ve been working through a draft of a new novel in progress, I’ve been thinking a lot about heroes and villains and the divide between good and evil. Does every story need a hero? A villain? Those seem like questions best suited for critics, though we writers must also be mindful of what gives a creative work its engine, its arc, and its trajectory.

As I work on my draft, I’ve also been thumbing through Christopher Vogler’s The Writer’s Journey: Mythic Structures for Writers, which takes Joseph Campbell’s theories on the Hero’s Journey and applies a narrative architecture to them. The book is immensely helpful for plot structure, but it also sheds light on the dynamic between “good” and “bad” characters.

According to Vogler, Campbell never considered character roles to be static. Instead, they are fluid, changing as the plot dictates. He who began as an ally may end up as an enemy. A mentor can become a student, a guardian can become a shadow, and so on.

The premise of “Breaking Bad” rests on this idea, which Jesse poses as a question to Walter in the pilot episode:

“Some straight like you, giant stick up his ass, age what—60? He’s just gonna break bad?”

The answer, of course, is yes. Walter’s going to “break bad” to provide for his family after his death. That’s easy enough for an audience to understand. But as the show progresses, Walter White’s reasons for breaking bad start to shift. He finds that not only is he good at making high-quality meth, he likes it.

This is the principle I hope to apply to my new novel—not necessarily the act of breaking bad, though it’s a terrific premise for a book—but the invitation to act. Walt’s cancer diagnosis wasn’t just an invitation to break the law. It was an invitation to be brave. To be dangerous. To be selfish. In great weakness, he finds strength; in a once selfless act, he discovers his own hubris. I hope that I, the writer, can offer my characters this kind of opportunity to discover the best and worst parts of themselves in a single action, a single reaction, a single choice.

Approaching a story in this way also proves how irrelevant the unlikeable/likeable character debate is. In his quest to build a crystal meth empire, Walter White becomes nothing short of diabolical. To its credit, the show never mitigates the harm Walt’s actions cause. What it does instead is illustrate how every person—every character—is both the hero and villain of his own story and by his own making. This is something we writers can’t forget. Even a villain has the right to be a hero, if only in his imagination.

Which leads me to the character who I think is the sleeper star in Walter White’s narrative: Jesse Pinkman, who has never seen himself as the hero of any story. Alongside Ron Swanson and Liz Lemon, Jesse is one of my all-time favorite television characters. Since the first episode, Walt and Jesse have walked in an ever-shifting yoke together. They’ve been partners, allies, enemies, and sometimes friends. As Walter falls deeper into the hole he’s made, Jesse starts to emerge in a way that makes me wonder if the story’s really been about him all along. That’s the kind of twist that takes a smart, thrilling story and turns it into art.

That’s the kind of book I want to write.