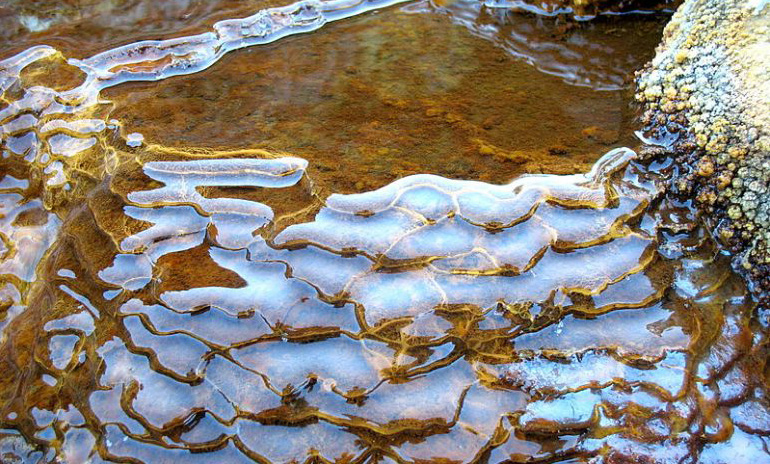 Human society is built on superficial impositions of order: government, religion, science, and language attempt to enervate chaos. But for Jane Mead, a poet entrusted with her family’s California vineyard in the midst of a historic drought, there’s no hiding from earth’s mists and windstorms. In Money Money Money | Water Water Water (Alice James, 2014), Mead’s musical polyvocality evokes the hidden worlds beyond humans’ limited paradigms.

Money Money Money | Water Water Water begins with a section devoted to the language of the Magna Carta, investigating the first English-language document of popular government. In the third poem, “Lassitude and Independence,” Mead writes:

(no false reckoning, no plan, no artifice)—

the light as landscape (the specter as shore):

this is the way to know what you know:

the mind gives over its small grave of secrets—.

Color’s crossings begin a catalog of conflict: land against water, intention against “reckoning,” knowledge against what can never be known. Mead’s punctuation exerts the immense control required to present such compressed oppositions. Parentheses enable the quick shifts in tone between attention and deflection, bounding each item like commas wearing armor, while em dashes and commas govern the suspense with which the reader ends a line. I once heard poet Robyn Schiff refer to the end of the line as “the abyss”—the reader’s plunge through white space to the next line. Above, Mead’s em dashes propel and colons delay the emotional cascade from invitation to revulsion to surrender.

Mead’s symphony of voices pursues the dangers and pleasures of dispelling our false security. The book welcomes the occult and the unknowable to every opening of its spine. At the bottom of each of its left-facing pages sits a fragment. Each italicized tercet and monostich looks orderly: they remind me of tanka. In that Japanese form, an upper, three-line stanza often focuses on an image or condition; a lower stanza then turns inward or elsewhere, questioning, responding to, or opposing what’s come before. The result is a tension distilled to its essence:

As the glistening fur

Fur in the rain smells

Mead’s ghostly fragments appear on every spread, even between sections of long sequences. Unpunctuated, they undercut the formal structures relied upon just across the spine. The plus signs that precede these fragments create a sense of multiplicity, suggesting their provenance in other voices or worlds:

The world full of tractors

Is the mystery world

Seasons are made “other” and perhaps unknowable, while the tractor holds mystery’s romance. In this case, the fragment begins in a machine-driven setting, then bursts outward into “the seasons,” over which humans have a small amount of influence (as we’ve recently learned), but no chance of control. Through insistent rhymes and haunting refrains, Mead braids techniques from incantation, prayer, and Greek drama to question industry and capitalism’s veneers:

The creation of want

The creation of debt

The creation of the toxic ponds

If they wave wave back

Here, each made thing serves as a warning. The upper stanza lists creations by name, while the lower instructs as if in prophecy. Can the waves see each other and meet in passing? Throughout Money Money Money | Water Water Water, repeated references to waves double as gesture and fluid motion. Mead uses money and water as lines of inquiry; water’s unceasing motion chips away at currency’s notions of control.

From within this network of formal, design, and prosodic structures, Mead’s spare lines pivot between metaphorical and discursive ways of knowing. In “The Length of Life,” she writes:

Mist on the pond where a scene is missing.

This is the forward-marching of history?

Moving from scene to meditation, these lines follow a previously established logic. However, when a version of these words repeats at the end of the poem, its order is inverted, lines slightly changed:

The way may be found to be myth, or be history, —.

(Mist on the pond, where the scene is missing.)

Adapted to account for further unknowing of myth, these lines juxtapose the search for rhetorical resolution against the entirely parenthetical last line. The train of punctuation at the end of the first line asks the reader to pause, then move forward, then stop. After a stumbling journey away from “history,” the final line’s hush is Mead’s ultimate achievement: an empathic connection with earthly loss. Her reversal asks the reader to create, then destroy, an image: “The scene is missing.” With such capacity for simultaneous imagination and destruction, perhaps the speaker, the audience, and others of our species might remake the ways we exist on earth.