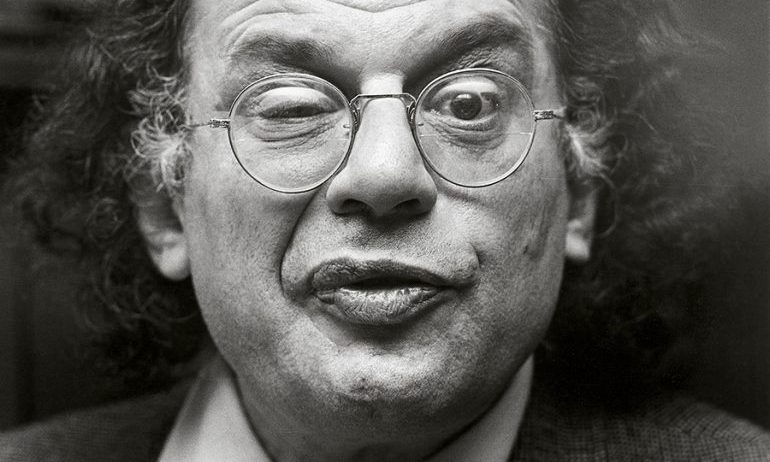 Richard Wright once wrote that reading is like a drug. Countless other authors have written some variation of that same assertion. If you’ve ever found yourself crushed in a corner weeping like a crazy person because the end of your latest literary fixation was fast coming to a close, or buying more books than you could ever read in a lifetime, or huffing the exquisite scent of a freshly bound book like that accidental splash of gasoline upon your sneaker, then maybe you’ll agree. And so would science.

Like some illicit depressants, a book can be a most calming boon. The act of reading for just six minutes is enough to reduce stress levels by up to 68% or aid your nocturnal rituals. Like the most haughty of hallucinogens, vivid reading can also stimulate all kinds of interesting brain function, eliciting hypervisceral and tactile responses:

In a 2006 study published in the journal NeuroImage, researchers in Spain asked participants to read words with strong odor associations, along with neutral words, while their brains were being scanned by a functional magnetic resonance imaging (fMRI) machine. When subjects looked at the Spanish words for “perfume” and “coffee,” their primary olfactory cortex lit up; when they saw the words that mean “chair” and “key,” this region remained dark. The way the brain handles metaphors has also received extensive study; some scientists have contended that figures of speech like “a rough day” are so familiar that they are treated simply as words and no more. Last month, however, a team of researchers from Emory University reported in Brain & Language that when subjects in their laboratory read a metaphor involving texture, the sensory cortex, responsible for perceiving texture through touch, became active. Metaphors like “The singer had a velvet voice” and “He had leathery hands” roused the sensory cortex, while phrases matched for meaning, like “The singer had a pleasing voice” and “He had strong hands,” did not. (Source)

Like a mind hopelessly under the influence of the most potent of drugs, too, “the brain, it seems, does not make much of a distinction between reading about an experience and encountering it in real life.” That is, reality and imagination can become temporarily blurred, though with reading there is less of a chance of waking up jogging down the freeway wearing nothing but a fanny pack while yodeling in the middle of the night.

THIS IS YOUR BRAIN ON BOOKS

Like a drug, reading can also riddle the brain with longer term effects. A study at Emory University, in which 21 undergraduates were asked to come in for MRIs for 19 days and read a portion of a novel, revealed:

The lead author of the study, Gregory Berns, concluded “We already knew that good stories can put you in someone else’s shoes in a figurative sense. Now we’re seeing that something may also be happening biologically.” These registered neural changes continued five days after finishing the novel, cementing at least the possibility that the consumption of a book—like drugs—can assail the neural landscape with permanent alterations.

(This, after psychologists David Comer Kidd and Emanuele Castano of the New School for Social Research in New York already proved that “reading literary fiction enhances the ability to detect and understand other people’s emotions, a crucial skill in navigating complex social relationships.”)

HOW IT LEAVES YOU REELING FOR ANOTHER FIX

I once knew a girl who would stop reading every book a few pages from the end because she couldn’t bear the story to conclude. She would rather it live on in her imagination, unspoiled by the author’s tyrannical designs. It was a fear of finality, she freely admitted—an inability to let go of the world and its characters (her characters)—that she had come to know so well.

This state of unapologetic denial, this phenomenon of becoming so infatuated by a work of art that one is unwilling to let it finish probably has a fancy psychological name, but I don’t know it. What I do know is I’ve definitely been there, so invested in a pile of pages I couldn’t bear to see it go away either.

It’s a battle we’ve all fought as readers.

That “combination of grassy notes with a tang of acids and a hint of vanilla over an underlying mustiness” is indisputably addictive. While it’s not exactly a pleasant smell it’s unmistakable and nostalgic, evoking a thousand memories of imaginary excursions and childhood escape.

Luckily, there are plenty of dealers out there.

Of course anything, including books, can become damaging if taken to the extreme.

When healthy enjoyment becomes avoidance of people, neglect of responsibilities, and a total substitute for living one’s life, that’s called escapism. And while we all succumb to it in small doses, it’s when our ability to control and moderate our obsessions is compromised that we should seek help.

The struggle is REAL.

Let’s face it: if reading is a drug it’s one of the good ones, like Glinda the Good Witch or those Flintstones vitamins. Of all the intoxicants in the world it remains the safest and most pure mind-expanding substance known to man.

Tags:Flintstones Vitamins, Glinda the Good Witch, Neurochemical qualities of reading, Reading as drug, sweet smell of books, This is your brain on books