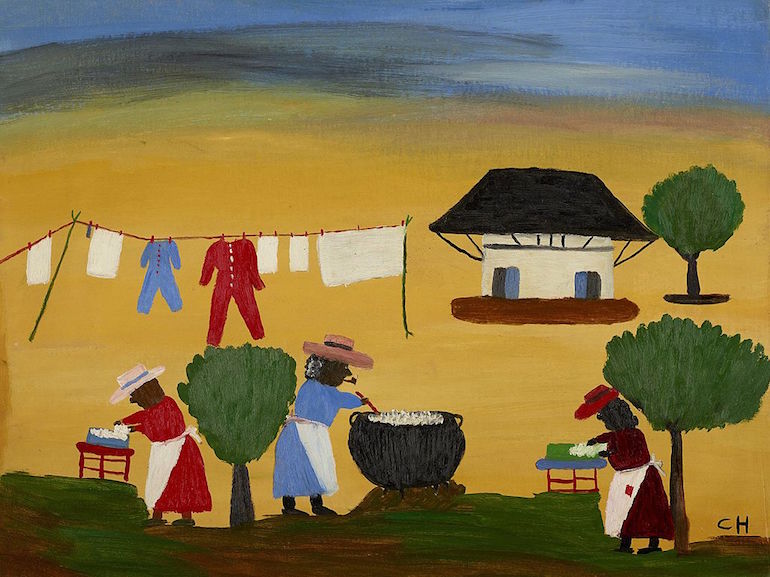 Jamaica Kincaid’s “Girl,” first published in The New Yorker in 1978, is an iconic short story, consisting of one long sentence. The story is largely a direct address from—we assume—a mother to a daughter. Part of the beauty of this story is the way in which Kincaid braids together the practical with the philosophical.

Bret Anthony Johnston wrote a direct response to the Kincaid story entitled “Boy,” which was published in The American Scholar in 2010, and the story is dedicated not to Kincaid but to Kincaid’s story. Johnston’s piece is written from the perspective of a father, speaking to his son. “Boy” is very much an homage as well as a companion piece to “Girl.” The ways in which Johnston chose to mirror Kincaid’s piece show us the gender, class, and race equivalencies. Both Kincaid and Johnston are most interested in gender and the lessons passed from parent to child.

One of the key words in Kincaid’s story, of course, is the word “slut.” When it’s first encountered in the story, it comes as a surprise because it follows a string of advice about washing and cooking. In fact, the narrator doesn’t even directly address the girl to whom she is speaking until the fifth clause. Shortly after that, the narrator turns on the girl: “on Sundays try to walk like a lady and not like the slut you are so bent on becoming.” The use of that word is shocking, and so is the assumption made by the narrator. Johnston’s narrator, on the other hand, begins by addressing the boy, and he begins with violence: “Twist your fist when you connect and tear the other man’s skin.” He then sets up a direct parallel with Kincaid’s piece by lifting the language from the original: “make eye contact like a man and not like the coward you’re so bent on becoming.” There are ways to be women and ways to be men; to be a coward, then, to this narrator, is as shameful as being a slut.

One of the subtle moves that Kincaid makes here is to show how the daughter becomes both more assertive and more thoughtful as the piece moves forward. The first time that she speaks, there is space between what the mother has said and the girl’s response; and yet, when she speaks, she stands up for what she has not done. The mother does not acknowledge her. In the second instance, she responds immediately, and poses a hypothetical question, to which the mother responds: “you mean to say that after all you are really going to be the kind of woman who the baker won’t let near the bread?” The daughter has moved into the possible future and is considering the more abstract weight of the mother’s advice.

Johnston follows this pattern as well. In his version, the father also asks a question: “is it true you cried when the tow-headed boy whipped you?” Six pieces of advice go by before the boy responds: “but he didn’t whip me and I didn’t cry.” As with “Girl,” the father ignores the boy’s response, saying, “eat steak with yellow mustard, the same with biscuits.” And then towards the end, when the father tells the son to “always mow the yard one last time at the end of the summer, run the engine dry, empty the tank,” the boy questions this advice: “but what if the lawn isn’t high enough?” And, just like in Kincaid’s version, the story ends with the father turning this around to reflect on the type of man the boy may become: “you mean to say that after all you are really going to be the kind of man who can’t grow a lawn?”

There’s a line towards the end of “Boy” that doesn’t really have a parallel in “Girl” but speaks to the difficulty of being a man, of following all the advice that has been dispensed. It gives insight into Johnston’s core beliefs.

It comes near the end of the piece and, as with both stories, its power is in the way that the advice is sandwiched between more practical matters:

That line—“this is how you hold everything in until it turns to bone”—is heartbreaking in part because of the way in which it’s surrounded by the other directives. The line, itself, is being held in and contained.