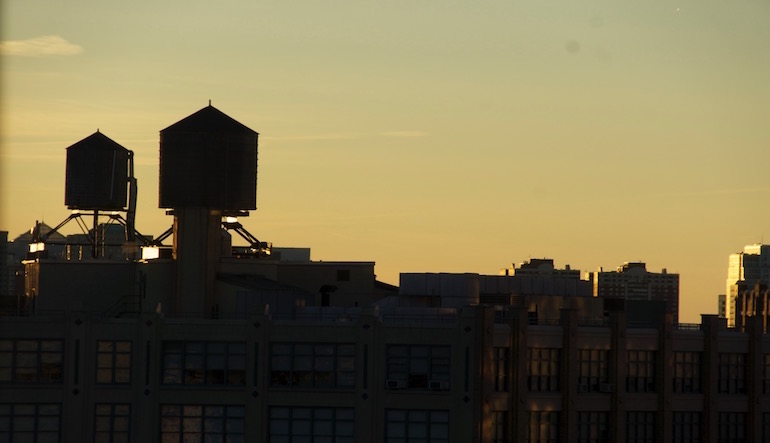 Grace Paley’s work has influenced many writers, both her contemporaries and those who followed. Amy Hempel has spoken often about Paley’s imprint on her work. For Hempel’s story “Today Will Be a Quiet Day,” Hempel has identified one Paley story as being particularly important. Hempel said her story “was written in part as a response to a Grace Paley story called ‘A Subject of Childhood’ and a Mary Robison story called ‘Widower.’ By response I don’t mean point-for-point, but those stories called up something in me, and perhaps my story wouldn’t have come into being if I hadn’t read the others first.”

Paley’s story, which was included in The Little Disturbances of Man, published in 1959, is one of her first stories to feature Faith Darwin, a character she returns to again and again in her fiction. A single, divorced woman with two young boys, this story follows the characters “one Saturday and every Saturday” as the boys rough-house with Faith’s current partner, Clifford; as Clifford and Faith have a falling out; as Faith tries to get a moment alone without her boys. Told in first person, Paley brings us into this messy world of single-parent childrearing, using dialogue to explain character but also as a way to present the relentless conflict in everyday life:

“Now listen to me. I want you to get out of here. Go down and play. I need ten minutes all alone, Anthony, I might kill you if you stay up here.”
He reappeared, smelling like peppermint sticks at Christmas. He stood on one foot, looked up into my high eyes, and said, “O.K., Faith. Kill me.”
I had to sit immediately then, so he could believe I was his size and stop picking on me.
“Please,” I said gently, “go out with your brother. I have to think, Tonto.”

Paley’s prose, including the dialogue, is realistic and often funny and self-deprecating. It is that believability in her work that draws us in, that makes us invested in these characters. But she also manages to shift registers within a few sentences, to take us out of the day-to-day and into a more universal place:

Bruised and tear-stricken, the children agreed to go to bed. They forgot to say it was too early to nap. They forget to ask for their bears. They lay side by side and clutched each other’s thumb. Here was the love that myth or legend has imposed on brothers.

And because she’d set the story up to reflect a day but also all days, she is able to move within tenses as well, switching from past to present and back to past again.

“Today Will Be a Quiet Day,” published in The Missouri Review in 1985, also follows a parent with two children over the course of one day—which appears to be a Saturday, although it’s never identified as such—as they drive out of San Francisco and back again. The father’s intent for the day is clear: he wants to make sure the children are okay, that they’re not dwelling on the suicide of a friend a year earlier. The children—a boy and a girl—are older here, the girl doing the driving on the way home. The point-of-view primarily stays with the father, although it does rove to the children occasionally. Dialogue forms the backbone of this story as well. The children’s age also means that they can see through their parent in a way that Faith’s boys never do:

“Who will ever adopt you if you don’t mind your manners?” the father said. “Maybe we could try a little quiet today.”
“You sound like your tombstone,” the girl said. “Remember what you wanted it to say?”
Her brother joined in with his mouth full: “Today will be a quiet day.”
“Because it never is with us around,” the boy said.
“You guys,” said the father.

Here, as with Paley, the dialogue is tuned so well that we immediately know these characters and their situation. The squabbling between the siblings, the father’s gentle questioning, and the ease between the family members are all qualities that we recognize.

In both stories, the endings are also perfectly calibrated, achieving the Aristotelian ideal of being surprising and yet inevitable. Both writers present the immense love of a parent for a child but do so in a way that is unsentimental and yet fills the reader with moments of complete satisfaction.

At the end of Paley’s story, Faith, having tried to persuade her younger son to give her a moment of peace, allows him to climb into her lap, where he professes his love for her.

“Love,” I said. “Oh, love, Anthony, I know.”
I held him so and rocked him. I cradled him. I closed my eyes and leaned on his dark head. But the sun in its course emerged from among the water towers of downtown office buildings and suddenly shone white and bright on me. Then through the short fat fingers of my son, interred forever, like a black-and-white barred king in Alcatrez [sic], my heart lit up in stripes.

In “Today Will Be a Quiet Day,” the father and children go to sleep in sleeping bags on the floor of his bedroom. As they are drifting off, he tells them he has good news and bad news, asking them which they want to hear first.

It was his daughter who spoke. “Let’s get it over with,” she said. “Let’s get the bad news over with.”
The father smiled. They are all right, he decided. My kids are as right as this rain. He smiled at the exact spots he knew their heads were turned to his, and doubted he would ever feel—not better, but more than he did now.
“I lied,” he said. “There is no bad news.”

Both endings confirm what we already knew: that each parent loves their children, unconditionally, in a way that’s difficult to put into words. The sun in Paley’s ending seems to shine on the reader, just as it shines on Faith. Hempel’s choice to have it raining at the end of her story—her characters snug in their sleeping bags in a warm house—seems to be a deliberate response to Paley’s sun just as the emphasized “more” reminds us of that full heart encased in stripes.

Tags:A Subject of Childhood, Amy Hempel, Fiction Responding to Fiction, Grace Paley, The Little Disturbances of Man, The Missouri Review, Today Will Be a Quiet Day