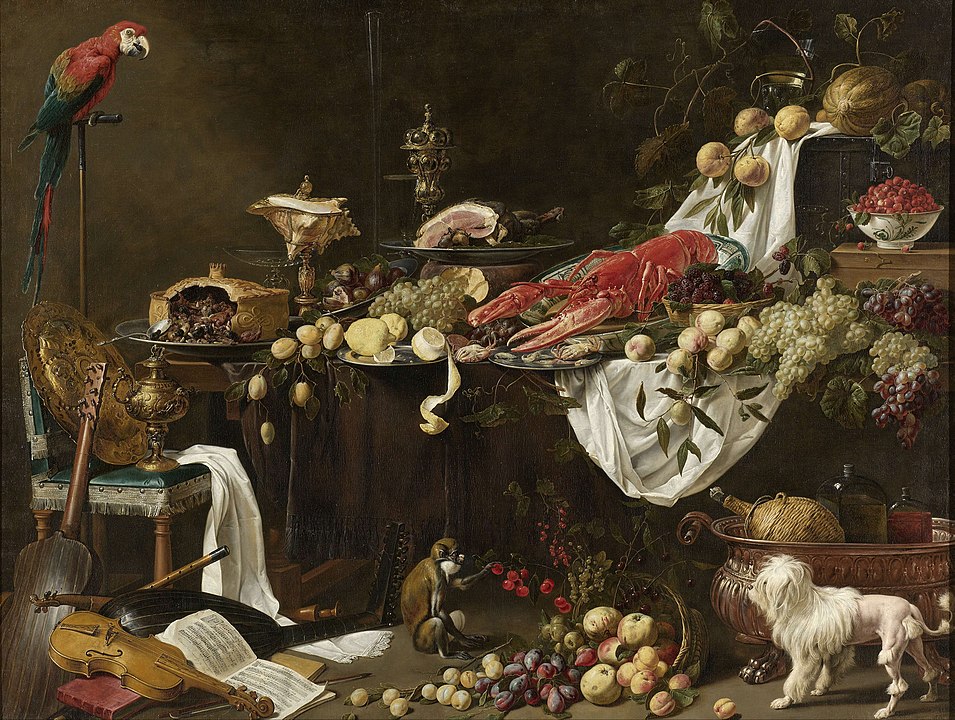 Ruth Reichl recently told the Columbia Journalism Review that we can tell every story through food. “If you want to read about women’s lives throughout history, you can do it through cookbooks,” she said. “If you want to teach math, you want to teach history, there’s nothing you can’t get to through food. It is one of the major forces in the world.” Her new memoir, Save Me the Plums, tells the story of her decade as editor-in-chief of Gourmet Magazine by detailing the food she ate, prepared, and tested during her time at the magazine. In Gourmet’s glory days, Reichl ate caviar-stuffed baked potatoes named after Condé Nast’s chief executive and took prospective advertisers out for Serrano ham carved at the table, imagining she could taste the acorns the Iberian pigs ate “in the soft lacy fat at the edge of the meat.” But as the 2008 financial crisis changed Americans’ ideas of luxury and possibility, Gourmet’s menus changed too. If food can tell any story, this one tells the story of a nation’s heyday and financial collapse, tracing the interconnection between food and money.

Reichl first conceived of this memoir as a “Cinderella story,” her story of gaining power. Her beginnings are hardly humble—she was a restaurant critic at the New York Times when Gourmet recruited her—but she realized how much power she would gain in her new job the moment she saw her private office at Gourmet. “A decorator appeared, her arms laden with sample books,” Reichl recounts. After selecting the wall paper and sofas, Reichl asks for a large table to dine at with guests, flipping through the sample books. The decorator “pointed to a large round table, light wood delicately balanced on slim polished legs; the price would have covered every stick of furniture I’d ever owned.”

When Gourmet first approached Reichl, she had no experience running a magazine or managing a team. Early on, an editor told Reichl she was great at the “teeosee,” which Reichl had to learn was actually “TOC,” magazine-speak for “table of contents.” Suddenly, Reichl had drivers and a clothing allowance at her disposal, and people on call to do her hair and makeup for billionaire chairman S.I. Newhouse’s birthday party, where Anna Wintour of Vogue, Graydon Carter of Vanity Fair, and David Remnick of The New Yorker were the other editors in attendance. At Newhouse’s home, Reichl asked for a glass of red wine, which she was denied because Newhouse liked his wine white or sparkling (he also banned garlic, which he didn’t care for, from the Condé Nast cafeteria). Newhouse’s wealth and influence made his food preferences law.

Save Me the Plums is a fast-paced read—filled with media world gossip, the challenges that arise when trying to revamp a magazine, and Reichl’s balance between her family and her job—but the descriptions of food tell the story of the American economy: people’s interest in lavish and aspirational menus followed by their inability to afford such luxuries. Early on in Reichl’s tenure, she spearheads Gourmet’s Paris issue, researching the menu at some of the best restaurants in Paris. At Pierre Gagnaire, she writes of the tomato horseradish sorbet, “One more bite, and I am experiencing the food with psychedelic intensity.” Of a fingernail-sized onion tart, she thinks, “this the most beautiful food I have ever encountered.” Of the shrimp dumplings, “The flavor is delicate, tender, and so seductive I want to keep it in my mouth forever.”

By 2008, the magazine has to adjust to the nation’s new realities. The “Paris on a budget” feature tried to recast Paris as affordable, to show readers you don’t need much money to eat well. “The food was simple but very fine,” she writes, this time, of a very different restaurant: “a pile of petit gris, the tiny shrimp you find only in France, still in their shells. Fat white asparagus, simply steamed and drenched in sweet butter. A plump roast chicken with fresh morels and a sauce made of cream so rich it gleamed like gold. A handful of tiny strawberries, a cloud of chantilly, a wedge of Brie.” Food need not be elaborate to be delicious, Reichl believes. But this evolution in coverage is a sign of the magazine’s decline; the turn isn’t enough to save it. By 2009, Gourmet shutters, and Reichl and her staff are shocked to watch their empire fizzle.

During her time at the helm, Gourmet’s food writing went far beyond the confines of a kitchen. Ann Patchett wrote essays about cake frosting and the restaurants of Santa Fe, while David Foster Wallace wrote his famous “Consider the Lobster” essay, on the Maine Lobster Festival. The memoir’s most moving scenes are those in which Reichl demonstrates food’s ability to bring people together. On 9/11, Reichl and her co-workers volunteer to use the Gourmet test kitchen to make chili, cornbread, lasagna, and brownies for the first responders, “ghosts staggering through the smoke” looking for a home cooked meal to fortify them for the job of a lifetime.

The memoir is sprinkled with recipes from such moments. At one point, after being away from her teenage son too many nights in a row, Reichl comes home and cooks for him. “As I ladled noodles into Nick’s bowl, I inhaled the scent,” she recalls, “thinking how much better this was than anything the restaurant had served us. I reached for another bowl, and we took them into the living room, sat down on the sofa, and slurped noodles together.” Following this chapter is the recipe for her quick Spicy Chinese noodles: two scallions, fresh ginger, some black bean paste, some sesame oil. In such moments, money can’t buy happiness, but food still can.

The title of Reichl’s memoir, Save Me the Plums, comes from the William Carlos Williams poem “This is Just to Say,” in which the poem’s speaker has eaten the plums in the icebox that someone was saving for breakfast. In an interview with the L.A. Times, Reichl said, “The poem, you read it and think, well, food had a bigger meaning for Williams than just, ‘Oh, it’s delicious.’ It’s what I was trying to do with Gourmet: Take it to a place where it was more than just, ‘Make these dishes and travel to these fancy places.’” Once the economy tanks, there are still stories food can tell, but the stories are closer to the bone, stripped of fussiness and expense. Food will always sustain us, and according to Reichl, it can help us tell stories about our collapse, but also our recovery.

This piece was originally published on October 17, 2019.

Tags:Gourmet, Ruth Reichl, Save Me the Plums