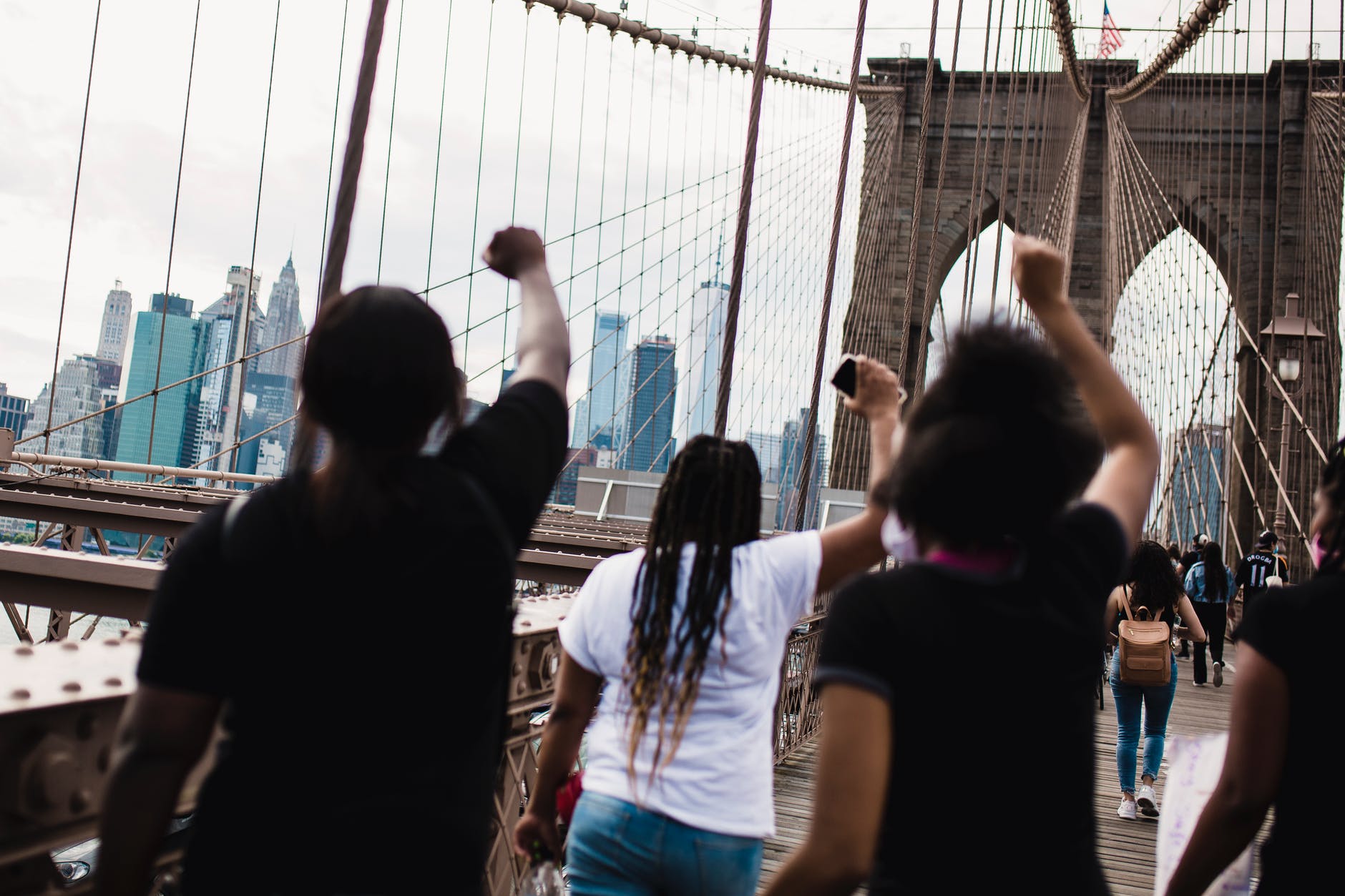 “The art of literacy is not aggressive,” claims seventeen-year-old Madison Petaway in her poem “To Be a Black Girl,” published in the New York Times feature “Listen Up: These Young Black Poets Have a Message.” This collection of works from writers all over the United States introduces some powerful points of view focused on what Black teens are seeing all around them. From the pandemic to the Black Lives Matter movement, voting rights to the rights of LGBTQIA+ people, these young poets are using their talents to try to make sense of the world, to have a voice amid voicelessness. The art of literacy may not be aggressive, but as Petaway and Akilah Toney, another poet included in the feature, show, it can be assertive, assured, and bold.

In her poem, “insecure words,” Toney recounts and allegorizes the many ways in which she adapts her speech patterns to ease societal discomfort—fixing grammatical quirks like a zoning department redlines a neighborhood, conforming to cultural constructs of what a thinking, intelligent person ought to sound like, the way she might contort her hair to look more like a white girl’s. “Flat ironing my tongue to suit them,” she writes, “combing out my curly vernacular, / massaging relaxer through my talk. / I kept the burning cream on my gums longer / so you could understand me.” This verse recalls the words of Malcolm X: “Who taught you to hate the color of your skin? Who taught you to hate the texture of your hair? Who taught you to hate the shape of your nose and the shape of your lips? Who taught you to hate yourself from the top of your head to the soles of your feet? Who taught you to hate your own kind? Who taught you to hate the race that you belong to so much so that you don’t want to be around each other?” When people say representation matters, it’s not only about young people having idols who look like them—it’s about having one’s existence acknowledged, about having it considered equal. Without this acknowledgment, it becomes increasingly easy to believe oppressive forces when they say that a certain genetic makeup, a certain style, a vernacular, or a volume is unbecoming, unacceptable, less-than. Self-negation and self-hate follow.

This doesn’t happen out in the open. This sort of oppression is sneaky, at times taking the form of apparent success, for which the price is a giving up of the self—all those mannerisms and nuances that make us who we are, part of growing circles of belonging. In her poem, Petaway writes, “My own kind and their pat on the back / For never using my race’s dialect / Or as my white teacher put it, / Never leaving my cultural imprint / Black and brown faces look at me in betrayal / Surrender is not the way of a woman of color. / I raise my fist to protest, / Only to be met with the shaking of hands. / Gifted opportunity after opportunity / For never a step outside my mark. / I don’t want this ‘privilege.’” Petaway goes on to demonstrate the denial of selfhood that is part and parcel of Black existence in the U.S., which is inextricably linked to the attempted erasure of a Black “cultural imprint.” A Google search for the origin of her last name teaches her that it is actually a misspelling of a famous plantation, from which she is likely descendant. “Did you know there are sub-reddits of people looking for people / with the surname Petway / Because white doctors didn’t have the decency to spell our name / correctly?” she asks. “There are no dictionaries for words without origins / This is my birthright / And it’s not broken— / Not worn. / So, I wear it.” There is grief in these words, but there is also a readiness to step out of the strictures of assimilation, symbolized by prizes and accolades, and a readiness to take on the burden of history within her true identity.

This feeling is answered by Toney’s fierce confidence, apparent as she describes the ways in which she insists on speaking her own English: “I rhythmize my tongue, / with the beat of drums and the stomps of my brown feet. / Replace ‘himself’ with ‘his self’, I put the ‘be’ after I say he or / she. // Examples like: / My people be inventin’ words for survival, / or / Me and my Niggas be rapping then write 10 page essays the next / day, / or how about / I be pimpin’ words and makin’ English my bitch.” There is defiance and rebuke in this, for sure, but there is also something else: in exploring the divide between how they are and how society wants them to be, these two poets are able to traverse both sides. When Petaway describes the quintessential cultural image of a Black girl (“Hand on hip, / Leg cocked, / Head tilted, / Acrylics pointed / Ready / To clap back / Snap in a Z formation, / Increase my volume for dramatic effect”) or when Toney uses imagery evocative of depictions of black magic (“I move and hypnotize you with words not in your vocabulary. / Make my speeches gyrate like they dancin’ to Big Freedia, / pronunciate my vowels, let them syncopate with the chatter of my / teeth. / I pulls ears to my mouth, wrangle them with the wildness of my / tongue”), we see that they are using clichés or stereotypical images as a form of parodic commentary, simultaneously identifying themselves with these markers of belonging and poking fun at white people for requiring these markers—used to assign Black people a lesser value—in the first place. Toney and Petaway pull hesitant readers in, creating a false sense of comfort, before uncovering the bigotry many have been trying not to see.

The vibrant, unapologetic, self-examining voices included in this feature, confident in the insecurity that comes with the search for identity, are here to do what only young people can: offer a path for a future that allows for growth, acceptance, and complexity. As Toney puts it in the closing lines of her poem: “And the next time you correct me with red lines under my words, / or try to embarrass me and my dialect, / Best believe Imma say some shit you ain’t neva heard.”