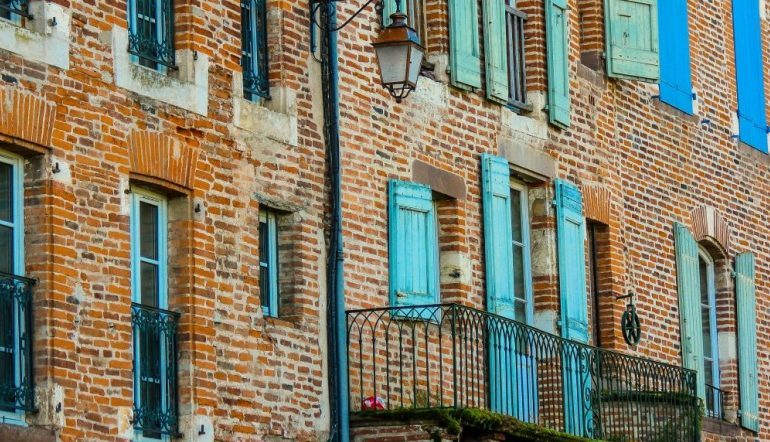 In the span of ten pages, Mavis Gallant’s “Mlle. Dias de Corta” unfolds more like a novel than a short story. It’s a second-person address to a tenant the narrator, an aging, xenophobic French widow, had twenty years before—a young actress, Alda Dias de Corta, whom the widow took in “for companionship rather than income.” The narrator seems convinced that Alda isn’t from France, despite Alda’s insistence that her native city is Marseilles. The widow doesn’t give justification for her assumption—it seems based entirely on her own nebulous, outdated opinions about Frenchness. Physical description and dialogue from Alda is sparse in the story, leading the reader to believe the widow’s assumptions rest almost entirely on Alda’s name.

As Gallant creates dynamic portraits of the characters involved in the narrator’s life over the course of two decades, the story takes on a cyclical structure: each time the narrator circles back to her memories of Alda, the reader learns new information about the dynamic between the two women (for example, that the narrator’s son impregnated Alda, or that the narrator hemmed Alda’s dresses). The narration oscillates between prim condescension and deep tenderness for Alda, to whom the narrator hasn’t spoken in years.

As the story progresses, the reader begins to understand that, underneath the narrator’s retrograde opinions about immigration and her narrow definition of Frenchness, she’s battling persistent loneliness. While this revelation doesn’t, of course, excuse her views, it complicates the way readers interact with her. The concurrence of her fondness for and superiority towards Alda, her simultaneous disdain for and disorientation within France’s changing cultural landscape, and her increasing isolation as she ages alone create a nuanced exploration of foreignness and familiarity. Gallant humanizes the widow even as she underlines her foolishness, crafting a portrait of a flawed character yearning for intimacy in a nation that’s increasingly progressive and diverse but is simultaneously somewhat impersonal and isolating.

The narrator’s attitude towards her boarder is apparent early in the story, in her refusal to acknowledge Alda’s Frenchness:

I remember saying, “I’m afraid you must think we French are cruel to animals, Mlle. Dias de Corta, but I assure you not everyone is the same.” You protested that you were French, too. I asked if you had a French passport. You said had never applied for one. “Not even to go and visit your family?” I asked. You replied that the whole family lived in Marseilles.

This remembered exchange is enough to make the reader dismiss the narrator as a bigot, or somewhat of a fool. But it’s followed by a scene in the present, in which the narrator and her son see Alda in a television commercial for oven cleanser. Upon recognizing her, the widow feels “great joy” and goes on to narrate the commercial in loving detail. The intense specificity of the narrator’s observations contrasts with her reliance on the stereotypes she uses to judge Alda in the previous scene. It seems that perhaps the narrator’s bigotry isn’t inherent but is in some way related to her isolation, her insistence on the past. Alda’s face in the commercial “has changed in some indefinable manner that has nothing to do with time.” Meanwhile, the narrator’s hair is still the same; she lives in the same apartment; she never remarries. The “concierge” that was in the building when Alda lived there is gone—as the narrator puts it, “There is no one now to bring mail to the door, ring the doorbell, make sure we are still alive.” The world has changed around the narrator, leaving her conservative and behind the times but also lonely. Masterfully, Gallant manages to make the reader simultaneously sympathetic to her aloneness and angry at her prejudice.

As the story progresses, Gallant weaves together the two main impulses of the narrator: first, her reliance on stereotypes of national origin to “place” people, and second, her skill for observation—and observation that approaches, in its particularity, generosity. For example, when speaking about her daughter-in-law, who is of Swiss descent, she says: “Her temperament is Swiss. When she speaks, her genes are speaking.” She follows this generalization with a calculation of the money Alda owed when she “disappeared,” but then follows the financial calculation with a bid for intimacy:

There have been more prime ministers and annual budgets and unpleasant announcements and changes in rates than I can count. Actually, I don’t want interest. To tell the truth, I don’t want anything but the pleasure of seeing you and hearing from your own lips what you are proud of and what you regret.

Here, Gallant melds the objectionable and sympathetic sides of the narrator in a few sentences. What emerges is a character who, though wedded to her antiquated sense of how one should conduct oneself in the world, has the capacity for empathy and change.

The reader also learns that some of the widow’s opinions and out-of-date ways of doing things (for example, counting money “in old francs”) are perhaps the result of gender stereotypes that pigeonholed her in the same way she pigeonholes those she meets. “My only regret is that my husband never would let me help in the restaurant. […] I might have learned to handle cash and checks and work out tips in new francs.” In this section of the story, the narrator can no longer be read simply as a caricature. She’s afraid of France’s changing cultural landscape, but her biggest regret is that she herself wasn’t allowed to evolve. Again, Gallant allows the reader some measure of empathy—or at least recognition—without leading us to condone the narrator’s opinions. The larger idea Gallant is getting at, perhaps, has to do with the danger of denying particularity and self-actualization—of failing to see individuals as specific and familiar.

Since the reader is locked into the narrator’s self-involved, somewhat self-pitying point of view, Alda remains more or less flat—a projection of the narrator’s prejudices and, later, her desperation for company. Still, the story ends with the narrator’s invitation for Alda to come back unannounced: “Do not send a check—or, indeed, any communication. […] I prefer to live in the expectation of hearing the elevator stop at my floor and then your ring, and of having you tell me you have come home.” In this last image, the narrator yearns for the real, particular Alda, not abstract ideas of her. By ending on an image of the home they once shared, Gallant collapses the distance between the perceived foreign and the familiar that the narrator has harbored. Even if it’s temporary and incomplete, it seems to be a place to begin.