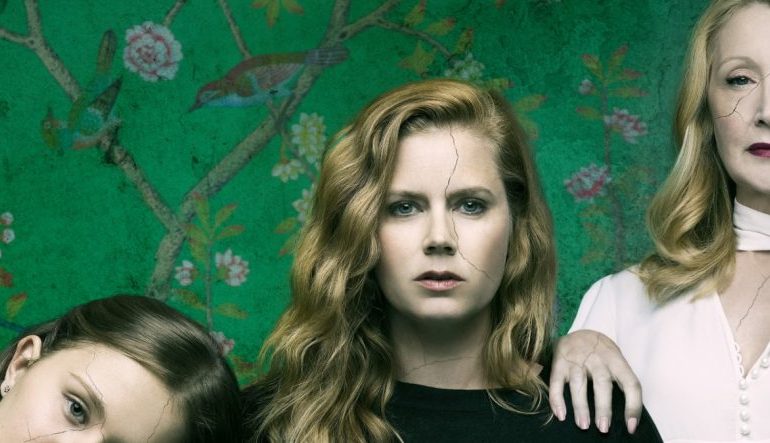 Between the reclamation of the moniker “Nasty Women” and the #MeToo movement, women’s rage is at the center of many conversations. HBO’s Sharp Objects is the latest series to capitalize on this rage, adapting the feminist thriller of the same name by Gillian Flynn. Where other recent feminist works have focused on women’s anger sparked by sexual harassment, sexual assault, and rape, Flynn’s Sharp Objects attributes this rage to unrealistic and gendered expectations of perfection.

The novel follows Camille Preaker, a depressed reporter who returns to her small, Southern hometown of Wind Gap to investigate the murders of two young girls. Along the way, she is forced to deal with her melodramatic mother, Adora, who rejects Camille for being “wild” and defiant.

Adora is the epitome of the delicate and beautiful feminine ideal: she has blue eyes and long, blonde hair; she loudly performs her grief for the victims, forbidding her daughter from speaking of the murders in her presence. Adora also has deep-seated aggressive tendencies, but will only allow them to manifest in stereotypically feminine ways. She abuses her daughter, but only through those more feminine cruelties: passive aggression, the withholding of affection, and emotional control. She plucks out her own eyelashes when she’s agitated so her eyes stream tears. She polices other women’s performance of their gender—particularly Camille and her sisters.

During Camille’s childhood, Adora treated her like a doll and turned to Camille’s more cooperative sister, Marian, when Camille wouldn’t comply. After Marian passed away, Adora focused her efforts on Camille’s teenaged half sister, Amma, whom Adora coddled and dressed up in ultra-girly outfits meant for a much younger child. Amma copes with this manipulation through the use of extreme compartmentalization. At home, she’s her mother’s “little doll,” while outside of the house she’s a hypersexual, physically aggressive bully who shows off the “breasts of a grown woman,” takes an ecstasy pill out of her bra, and tells Camille that after Adora “takes care of [her],” she likes to have sex. Camille is the only woman-identifying character in the novel who has mostly foregone the adherence to these expectations. She openly flouts all of her mother’s rules and restrictions, reveling in the apparent contrast between her conventional beauty and her rebellious nature.

All three women project the image of feminine perfection onto Marian. Adora constantly talks about Marian’s sweetness and deference and keeps her room exactly the same as it looked when Marian passed. Camille resents the extent to which her mother idealizes Marian, thinking bitterly that “It’s impossible to compete with the dead. I wished I could stop trying.” Similarly, Amma says, after hearing of the murders Camille has traveled to investigate: “I wish I’d be murdered…. When you die, you become perfect. I’d be like Princess Diana. Everyone loves her now.” The only truly perfect girl is a dead one.

Feminists have discussed the patriarchy’s desire to infantilize women for decades. Radical feminist Valerie Solanas spoke with disdain about “Daddy’s Girls,” women who lose their authenticity because they are “trained from an early childhood in niceness, politeness and `dignity.’” According to Solanas, these girls become adept at pandering to men to the point that “it eventually becomes second nature and she continues to pander to men even when in the company of other females only.” The male gaze (which Solanas labeled “fatherhood”) renders these women meek, docile, devoid of their own identities, and, most relevantly to Sharp Objects, “half dead.”

Camille speaks of gender-conforming women like Marian and Adora with disdain as well: she refers to her mother as a “cake topping” and “the most beautiful, sweet girl Wind Gap had ever raised.” The novel also illuminates, however, the near-inescapable societal forces that create these “Daddy’s Girls.” Investigating the murders, Flynn draws a straight line from Adora’s gendered expectations of women to the town’s. Camille discovers that both of the victims were not at all Wind Gap’s idea of a “proper” girl: they both had short hair, which Camille says is a “defiant haircut” in her very traditional town. The victims were both known to be willful, and both had histories of committing acts of physical violence. But after they are killed, they seem to magically regain their feminine purity. They are described as “angel[s]” at their respective funerals. The father of one of the girls expresses his relief that she wasn’t raped, because he’d “rather [the murderer] kill her than rape her,” as the former would keep her pure. Most tellingly, when the second girl’s body is found and the teeth have been pulled out, Camille notes that she “looked like a plastic baby doll, the kind with a built-in hole for bottle feedings.”

If the killer had been a stranger, then Sharp Objects would only be a cautionary tale for unruly women—an exploration of how women are punished when they step out of their prescribed roles. But instead (spoiler alert), the novel reveals that Adora killed Marian by poisoning—a stereotypically feminine way to kill a person—while Amma strangled the two young girls and pulled out their teeth, an up-close-and-personal type of violence that the police assumed could only have been committed by a man. In one passage, Amma expresses a tendency to internalize her intense anger:

You know how people sometimes say they have to hurt because if they don’t, they’re so numb they won’t feel anything?…

What if it’s the opposite? What if you hurt because it feels so good? Like you have a tingling, like someone left a switch on in your body. And nothing can turn the switch off except hurting? What does that mean?

When Amma says this, Camille assumes that she’s talking about hurting herself, but the reader knows she’s talking about hurting other girls. Amma has repressed her emotions to such an extreme degree that she needs to externalize her anger through the punishment of girls who openly defy gender roles, illustrating the consequences of forcing women to repress their more “adult” traits, like aggression, sexuality, and rage, in favor of displaying only those that serve to infantilize them.