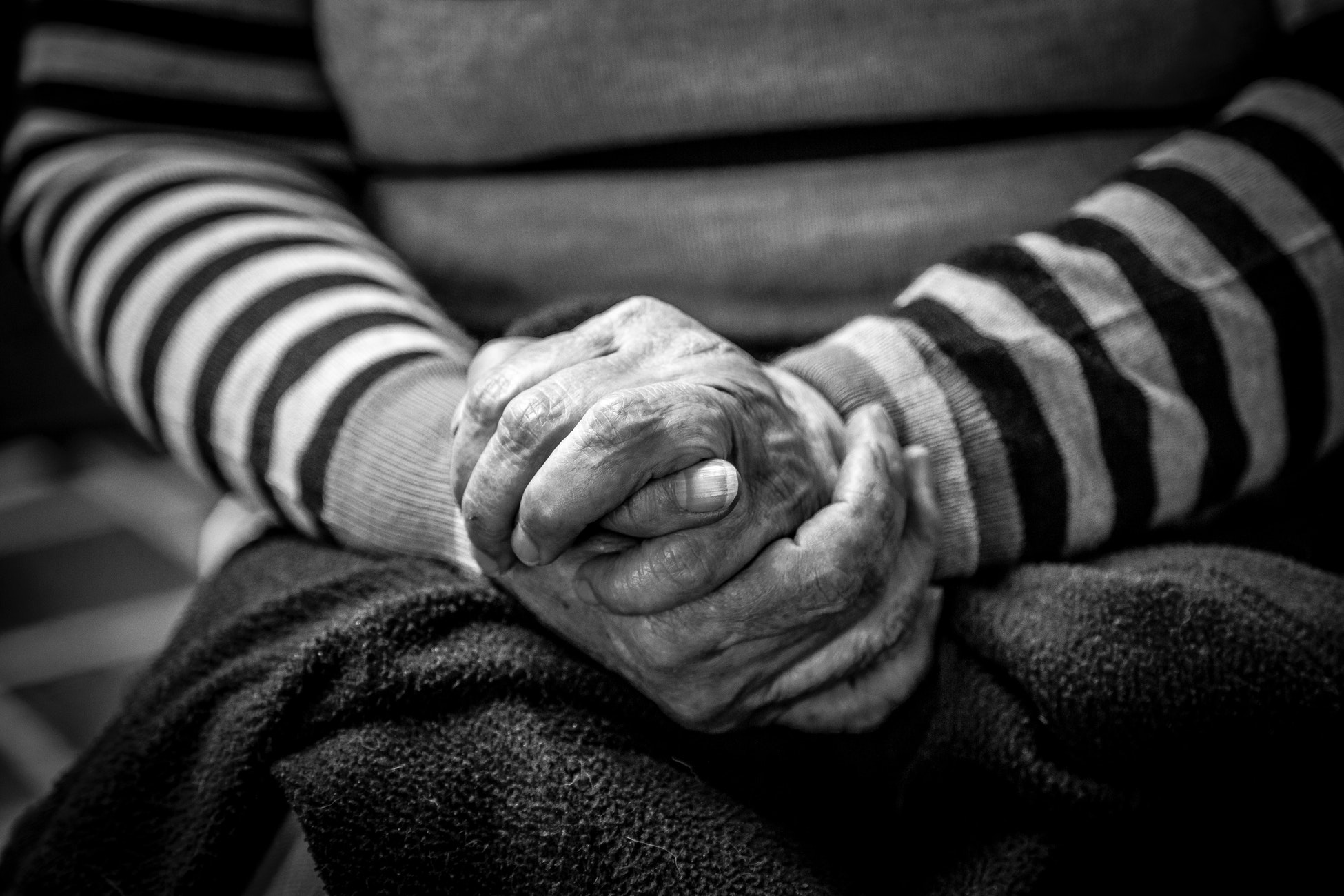 As a poetry editor at Prick of the Spindle, I find that poems about certain subjects, such as childhood, love, aging, and death, often lean too heavily on nostalgia, so that the language limps. In fact, I’ve been guilty of writing my own nostalgic poems now and again— and again. Hey, nobody said this poetic life was going to be easy, which is why the first time I heard Janice N. Harrington read from her book, The Hands of Strangers: Poems from the Nursing Home I was struck by her ability to write about her subject— the lives of the elderly and those who tend to them— with frank grace: “Scraped, scratched,/pierced by roughness, old women split/ as easily as sun-scalded plums.”

It was not only Harrington’s use of language that impressed me, but also her delivery. Harrington asked for the audience’s participation during her reading of “May Engles,” a poem that weaves elegy with folktale and playground rhyme in celebration of a woman who died and was buried alone. The poem became an incantation that brought a room of quiet listeners to life, and I realized as I chanted along with Harrington that each reading truly honors the real May Engles.

I was thrilled when Harrington agreed to be interviewed for this blog post:

PC: I read that you worked in a nursing home. Did you think of yourself a writer while you worked there?

JH: No, I didn’t consider myself a writer.  I was working my way through college and trying to earn a degree in education.  I started working in a nursing home in high school (my senior year, I believe).

PC: Did you write the poems from The Hands of Strangers while working in the nursing home or did they come later?

PC: Do you remember the first poem you wrote on the subject?

PC: Did you supplement your experience with research?

JH: To write poetry that goes beyond my personal knowledge, I’m always reading (history, literature), and in that sense I’m always using research.  For The Hands of Strangers, I read books about professional nursing, aging, the history of nursing homes, essays on suffering, investigative reports on nursing home abuse, the treatment of the elderly through time.  I followed my curiosity from folktales, through the Middle Ages, to Simone de Beauvoir’s The Coming of Age.  Ultimately, however, I drew most on the memory, stories, recollections of my own work as a nurse’s aide and the work of my mother and sister.  One poem directly responds to research, “Gently.” The vulnerability of elderly women and the risks they face as they age are heart-breaking, as “Gently” tries to show:

o. He tells her hush and lifts
her flaccid breasts and drops them . . . .

PC: I was moved by your reading at AWP, particularly of “May Engles.” Could you talk a little bit about the poem on the page versus the spoken poem? Did you develop your reading style or did it come naturally to you?

JH: My poems are first and foremost literary works for the page.  When I present my poetry for an audience, however, I draw on my experiences as a professional storyteller of traditional folktales.  I want my reading of the poems to drive readers toward the written page to read them again and to construct their own readings. A challenging goal, and sometimes impossible, but that’s always what I strive for.

“May Engles” is a literary poem, but its anaphora, imbedded chant, visual detail, and narrative lend themselves to performative reading.  I invite the audience to participate during a reading of “May Engles.”  Through call and response, they take on the role of co-readers.  Can I read the poem without involving the audience?  Absolutely, and I have read “May Engles” that way.  Both ways seem to work, but I believe that reading a poem aloud and writing a poem are distinct arts.  Something different should happen when you stand to read before an audience.

The audience, my listeners, will only hear the poem once.  I have to help them  hear the words by speaking clearly.  I have to help them process the words by breaking them into cognitive units that a listener can easily visualize or understand.  I have to pace the words to build or enhance tension.  I have to match the emotional tone of my voice to the emotional tone of the poem. The list goes on and on.  When I read a poem aloud, I try to serve the poem as well as the listeners.  But when I write the poem, I’m trying to serve potential readers.

If I read it so that listeners say, I want to find that poem and read it again, then I’ve done my job.  There’s always judgment, always risk.  Are the readers hearing the poem or merely seeing a performance?  If the audience only remembers the performance, and not the poem, then neither the poem nor the poet is well- served. There is also art and drama in restraint.

PC: Are you working on something now?

I’m working on a collection centered around memory, art, and how we learn to view a sensual world.  The collection is framed by the life and paintings of Horace H. Pippin, an African American folk artist.  It also builds on family history and autobiography.  Inspired by Camille Dungy’s Black Nature, I’ve also continued to write poems drawing on place and the natural environment.

PC: Finally, do you have a favorite, lesser-known, no longer living, female poet?

JH: Carolyn Rodgers.  I discovered Ms. Rodgers in college, and I was her biggest fan for many years.

May Engles died yesterday. No family, no friends, no possessions, just a room provided by the county, no pastor, no nurses, no anything. No book will ever give her a sentence.

Tomorrow, ring bells, burn effigies of crones. Declare it May Engles Day.
Let mothers name their babies May or Engles . . .

On the playground in Alabama, black girls clap their hands.
They’ve made a rhyme for May Engles:

The water laps— May and May— against the shore. The earth
answers, and the wind, and the boy swinging his toes above the
dock, all with the same glad syllable: May and May and May.

Afterward, the boy will snatch a fish from the dark water. He’ll
split its belly and find a golden ring. Lifting the ring, he’ll cry,
“May Engles!”

Some say
a small woman now stands beside Death. She touches those
whom Death chooses. She lifts the dead from their tangled
veins, as if their bodies were beds they lay in for too long.

Some say
that before dying, if you whisper the woman’s name, Death will slow,
surprised that you remember a woman without family or
monument or possession. Death will slow, and you will have
a moment, and maybe—another moment—more.

Janice N. Harrington’s Even the Hollow My Body Made Is Gone won the A. Poulin, Jr. Poetry Prize and the Kate Tufts Discovery Award. Her latest book is The Hands of Strangers: Poems from the Nursing Home (BOA 2011)