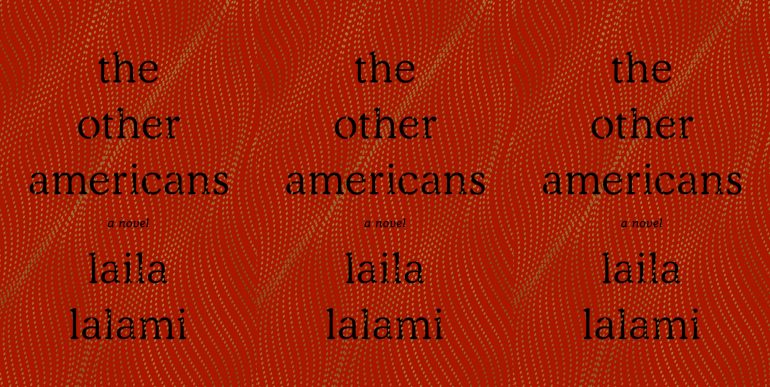 Following the remarkable storytelling of her 2014 Pulitzer-finalist novel, The Moor’s Account, Laila Lalami reveals the complexity of the common interpersonal relationships that allow violence to remain unchecked in The Other Americans, published this March. The Other Americans features a large cast of narrators but focuses mainly on Nora, a young Moroccan American composer who returns to her family’s home in the Mojave Desert after her father is killed in a hit-and-run. Each narrator—all of whom are somehow involved in the hit-and-run, whether through the investigation, as witnesses, or via relation—seems to represent a different facet of American society. Illustrating these characters’—an Arab American artist, an Iraq war veteran, an elderly white business owner, a black female cop, an undocumented immigrant, and others—various voices and perspectives, Lalami probes the contrasting realities created by one incident for those whose viewpoints often clash in political discussions. As the narrators’ paths cross and their lives grow increasingly entangled, Lalami’s careful form shatters these same barriers to showcase the uncomfortable truth of how dangerous men are nurtured in all areas of American society.

Efraín, an undocumented immigrant, is the only person to witness Nora’s father, Mohammed Driss Guerraoui, fall, but his fear of being deported keeps him from going to the police with his evidence. Despite his wife Marisela’s continuous encouragement and conscience-keeping, Efraín remembers the story of their old neighbor Araceli, who once called the police to report a man beating his wife. As a result of this call, Araceli’s lack of papers was discovered and she was deported. He struggles throughout the narrative as reminders of the hit-and-run haunt him—he discovers that Driss’ grandchildren are in the same school play as his own children, and he runs into posters and newspapers asking for evidence. Marisela finally convinces him to hesitantly go to the police when a $25,000 reward for information is offered, but once there, they realize that the money won’t be given immediately. Efraín narrates, “In the meantime, they would know where to find us. . . Twenty-five thousand dollars was a lot of money, more than we’d ever had before. It was enough to start over in a new place, where the police wouldn’t know where we lived.” We learn that Marisela had only convinced Efraín to come forward on the condition that they would immediately relocate to avoid living where the police knew their address, choosing to risk their safety and uproot their children, lives, and work in order to offer what help they can to the Guerraoui family. Efraín’s story weaves a pressing account of the moral quandary an undocumented immigrant in America faces when helping someone else might cost them the ultimate price.

As the characters’ lives become more tangled, Lalami’s narration confronts the polarities between each character. Jeremy, for example, is an Iraq war veteran turned cop who finds his childhood crush on Nora reignited when he sees her father’s name on the active cases list at his station. They embark on an intimate relationship, at first avoiding talk of the Iraq war, which makes Nora bristle, but eventually finding the topic unavoidable. His history in the war poses different challenges for both Jeremy and Nora to overcome. Jeremy must come to terms with the fact that Nora, an Arab American, does not see him as the medaled war hero that many of his past dates did—she understands and empathizes more with the Iraqi civilians he fought against. Additionally, her existence pushes up against the prejudices he internalized during the war, such as his and his platoon mates’ use of slurs to refer to Arabs, which Jeremy had previously thought of “as part of the war: we had to dehumanize the enemy in order to fight it.” When Nora describes a high school memory of her locker being defaced with one of these slurs, “raghead,” his perspective changes: “Hearing her talk about the slur on her locker, I felt shame overtake me.”

Nora, on the other hand, must deal with her guilt and shame for becoming romantically involved with someone who fought for the United States in a brutal war she is staunchly against—an invader. After a few uncomfortable run-ins with hints of his past, she notes, “Hearing about the terrible things he had seen or done in Iraq made me feel implicated, something I hadn’t grasped until it was too late. I didn’t know how to navigate back to my state of ignorance. There was no map I could follow.” The same dilemma—one partner’s actions in a war against a region of the world the other is from—reveals each character’s markedly different experiences growing up in the United States. Jumping back and forth between each character, Lalami’s use of re-narrating some scenes by various characters brings their clashing perspectives up in order to force them to confront and alter each other.

A similar contrast results between Nora’s deceased father and the owner of the bowling alley next to his diner with whom Driss had many business-related arguments over the years, Anderson Baker, who turns out to also own the car that was involved in the hit-and-run. At Anderson’s bail hearing, Nora is outraged to see him charged only with one count of hit-and-run, rather than manslaughter or murder, and swiftly given bail. She fumes, “If the roles had been reversed on the night of April 28, and Mohammed Driss Guerraoui had killed a man he’d been fighting with for many years, would he have been charged only with a count of hit-and-run? . . . Growing up in this town, I had long ago learned that the savagery of a man named Mohammed was rarely questioned, but his humanity always had to be proven.” While never explicitly stated in the novel, an astute reader also notices that he went by his second name, Driss, rather than Mohammed, a fairly common choice for Arab or Muslim Americans, to avoid the stigma that the name Mohammed carries in American society.

Further in the novel, a major change in the investigation of the hit-and-run occurs, casting previous interactions in a new light. When Detective Coleman discovers that Anderson Baker killed Driss, Nora shares that his son, A.J., wrote the slur on her locker as additional evidence—on top of Anderson’s fights with Driss—that perhaps the hit-and-run was not accidental. Detective Coleman, however, immediately brushes this off, saying that “‘what happened to you in high school is probably not relevant to this hit-and-run case.’” Jeremy later, however, discovers crucial evidence about the hit-and-run when he pulls A.J. over for excessive muffler smoke, and his DUI record is revealed. This discovery leads to the truth: that Anderson had covered for his son who was illegally driving the car without a license when he killed Driss. If Detective Coleman had considered Nora’s experience in high school, these details may have been uncovered earlier, but the immediate tendency to write off dangerous racism as high school bullying prevented her from thoroughly investigating the case.

While this dismissal may at first seem commonplace and low-stakes, it leads to two moments of realization about the subtle, socially acceptable ways violence is protected in our society. Throughout the novel, we learn of Jeremy’s continued friendship with an old war mate, Fierro, who has unmistakable anger and violence issues. Early on, Jeremy discovers that Fierro was arrested for destroying his ex-wife’s car and bails him out on the condition that he’d attend an anger management community group. Fierro soon, however, becomes a threat to Nora, trespassing on her property and spying on her. Jeremy’s apologies to Nora and promises to protect her from Fierro fall flat when Nora points out, “You say you didn’t know this would happen, but you’re the one who bailed him out. . . You can’t bring this violence all the way to my doorstep and not expect me to be repulsed.” When Jeremy bails Fierro out, it seems fairly logical, even normal, to the reader—a friend coming to the rescue of another who has lost his path. It is in this way, however, that those who pose a danger to others are often protected.

Even more complex is Detective Coleman’s conversation with A.J.’s mother when she asks her where A.J. had been on the night of the hit-and-run:

We were both mothers, she seemed to be saying, didn’t I understand how natural it was to want to protect a son? I scratched the scar on my eyebrow with a thumbnail, an old habit I fell back into from time to time. In my head, I’d arranged the pieces of this case one way, but I saw clearly now that they fit together in a different way. Of course, it was natural for Mrs. Baker to want to protect her son. But who would protect others from him?

Mr. and Mrs. Baker’s urge to help their son and to loan him their cars while he was prohibited from driving due to a DUI resulted in another man’s death. On top of this, the Bakers hid their son’s actions and continued to let him drive illegally even after he killed Driss. The line between helping and harming when someone we love careens towards violence remains mobile for those who would do anything for their family and friends.

One of the most awe-inspiring aspects of Lalami’s writing is her commitment to responsible storytelling—whether refusing to shrug off atrocities of the past as “of the time” in her historical fiction or writing all sides of one incident in The Other Americans, Lalami’s dedication to nuance never fails. In the latter, her use of a wide cast of narrators allows her to portray an accurate American society, consistently baring the complexity of a story that affects people from often opposing backgrounds and perspectives. Lalami illustrates the varying lived realities one moment can create and the tolls that come with each contrasting experience. While her characters confront and sometimes overcome the discomfort caused by their differences, The Other Americans presents one final troubling question for the reader: what markers of violence have our willingly blind eyes allowed to fester?

Tags:Laila Lalami, The Other Americans