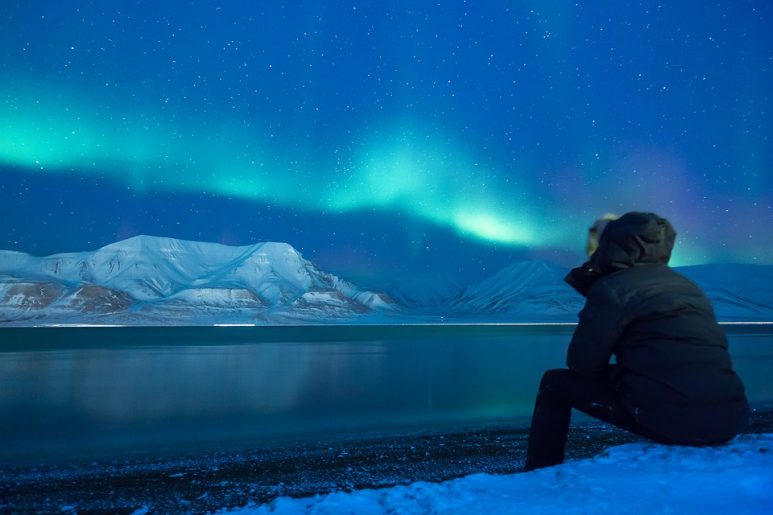 Last Wednesday I watched a glacier disappear. Like thousands of others traveling through Denver International Airport, I stood, waiting for a train, in front of monitors looping through years of time-lapse footage in which vast rivers of ice transformed into pitted coves of mud. Advances in camera lenses and weather-resistant electronics have enabled humans to witness these dramatic effects of climate change, but without a hint of biological context, these images feel far removed from their very real effects on living species that have inhabited earth’s high latitudes for thousands of years.

In Milk Black Carbon (University of Pittsburgh 2017), Inupiaq poet Joan Naviyuk Kane transports readers to the climatic fault lines along her Alaskan homeland’s mountains, ice, and sea. Through a rigorous, proximate gaze and precise linguistic hybridity, Kane unlocks moments of felt thought in which personal, cultural, and geologic experience converge. The highly-compressed, sonically riveted poems in Milk Black Carbon render the emotional extremes of a rapidly-changing landscape, articulating the depths of grief through which monumental change is born.

“Let us set nostalgia / in a harness,” Kane writes in “An Other Lethe,” Distinct from its mythological counterpart, Kane’s Lethe imagines a selective forgetfulness, sublimating a previous way of life into a future made in unstable conditions. Rather than reflect passively on a landscape marred by loss, Kane’s poems envision the world-building that prevails in dire conditions. The poem’s third stanza concludes,

Let us see our dust risen into light, subtracted
into rain. Our spring runs dry beneath
snow on a land now arid, now seam
of admonition: do not solve, adapt.

Kane’s cultural knowledge imbues her prayer-like incantation with an oracular authority. Lyricism complements her logic, resounding in internal and end-rhyme. This stanza’s ABBA scheme pairs “subtracted” and “adapt,” stitching diminishment to transformation. The anaphora of “now” (“now arid, now seam”) impels the reader to place the mystical “dust risen into light” within an imperiled present.

Over the last two hundred years, Kane’s ancestors in King Island and Mary’s Igloo have been forced from their homes, their language nearly eradicated. Kane writes poems entirely in Inupiaq Eskimo as well as code-switching within poems written predominantly in English. Each of the poems written in Inupiaq also appears in English, offering glimpses into the translation of knowledge across linguistic consciousness. In “Inuŋuaq,” Kane writes, “Iuqpaktuk aqqataani,” the words’ open vowels challenging an English speaker’s palate. The poem’s English version, “The Dolls,” translates the same line as “Ice pressure ridges were forming all around us.” Two words in the indigenous tongue become eight in English; in side-by-side comparison, readers encounter the ways in which perception is imbued in language itself. Yet, in the face of habitat loss and weakening ice sheets, language has its limits. In “A Few Lines for Jordan Tootoo,” Kane reckons with the hopes that arise from language restoration:

What I wanted to hear was a reassurance.
Some kind of premonition or promise:
when words come back, so do the other things

or words come back when you have a chance
to learn them. Instead, what I hold within
is the felt absence of place. A land of great
failure, abundance: it goes on without us.

Though language ties present perception to past utterance, words cannot restore what has been lost. The poems in Milk Black Carbon contain the gravity of immense destruction within a lyric both stark and lush. Despite the dislocation described as a “felt absence of place,” Kane wrings out the land’s physical nuances in associative propulsion: “Cramp bark, viburnum, / misnomer.” The symbiosis between landscape and humanity becomes most visceral in carefully etched moments of creation and destruction. As glaciers retreat, their runoff feeds a sea whose future shape is impossible to fully know:

Milk Black Carbon twists the multivalent dread of the Anthropocene into a singular dare: “rephrase us”—make us anew.