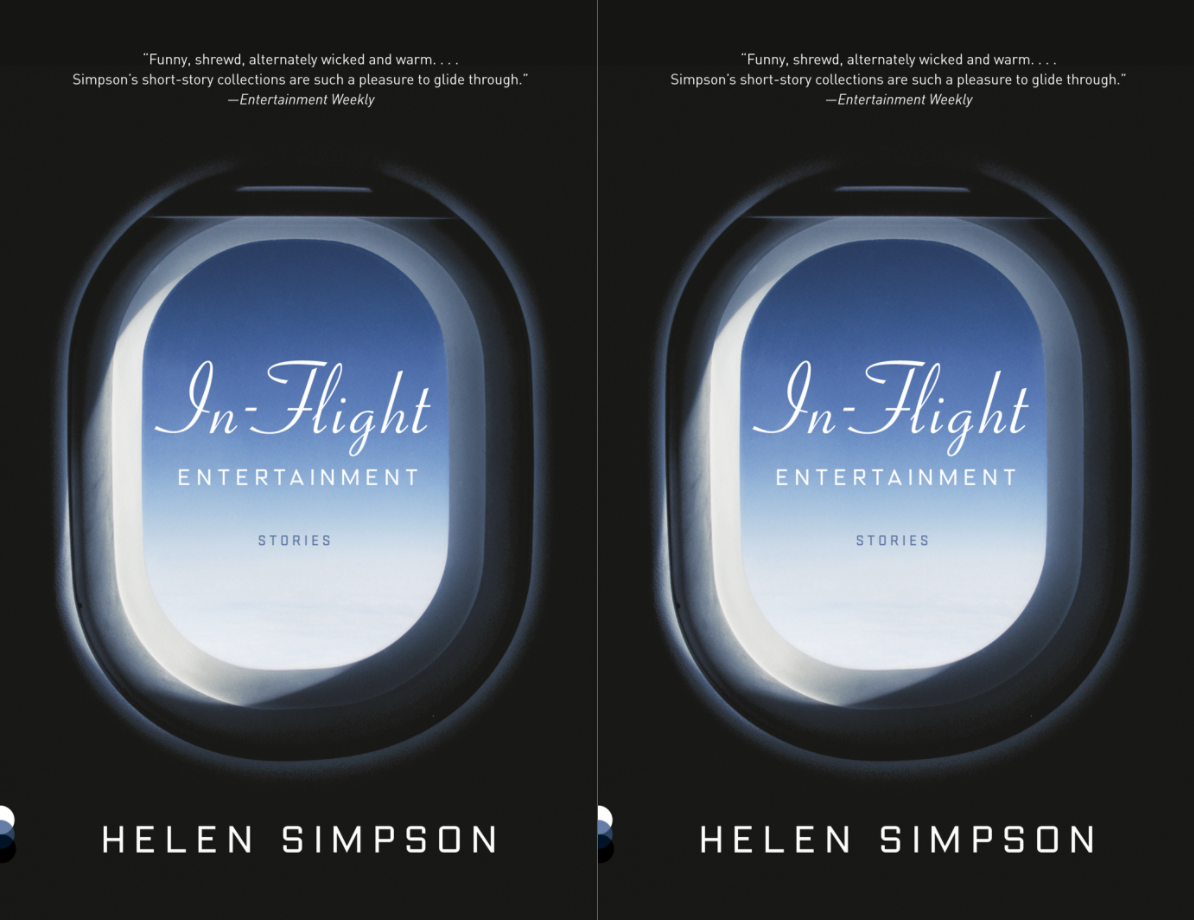 Waiting for a Helen Simpson short story collection is like waiting for a teenager to open up; it’s going to be a while. Yet even though she puts out a brief volume—under 200 pages in this case—only every five years or so, she still manages to command a place in the culture’s conversation.

In her latest, In-Flight Entertainment, Simpson melds her usual preoccupation with the challenges of domestic life—child rearing, marriage, and family dynamics—with more worldly cataclysm, particularly global warming. Turns out, her families don’t live in a terrarium after all; they occupy the world stage where even bit players will feel the effects of apocalypse. Whether the apocalypse comes from without or within is for the reader to judge.

The title story, “In-Flight Entertainment,” is set in the first class section of a Chicago-bound flight where Alan, a climate-change naysayer, and Jeremy, a scientist and believer in global warming, show no concern when a fellow passenger dies only a few seats away from them. They are more caught up in the movie and menu choices, and view the plane’s diversion as an inconvenience.

In “Geography Boy,” apathy is not the problem. A young couple traveling France finds themselves unable to relax into budding romance due to a difference in outrage over the urgency of global warming. Finally, Simpson takes the theme to its logical conclusion, showing us the aftermath in “Diary of an Interesting Year,” where a post-apocalyptic world short on resources forces a young woman to finally turn on the men she had relied on for protection.  While Simpson doesn’t hammer readers over the head with her global warming preaching, in returning to it again and again she highlights its inescapability.

Simpson doesn’t fully abandon her stock-in-trade, however, and the rest of the stories in the collection dissect how we harm each other in more quotidian ways. In “Homework”, a 13-year-old boy persuades his mother to help him with a difficult English essay in which she encourages him to lie about their family life. “Sorry?” concerns a father gone deaf and the strange diatribes he picks up through his new hearing aid: the unvoiced resentments of his grown daughter.

Simpson touches upon the apocalypse within, too, in a pair of stories about cancer.

“Scan” follows a young woman with a dire diagnosis as she tries to survive her scan in an MRI machine without going mad. The final story, “Charm for a Friend with a Lump,” is the most generous and heartfelt of the collection, reading more like real advice than an imagined conversation.

Simpson’s writing is spare and intentional; you never doubt you’re in the hands of a master. But she can be hard-edged as well, leaving the reader as lacerated as her characters. There are no romping interludes or lush descriptions in which to lose yourself. Simpson makes you confront the ugliness in all of us, until you start to twitch.