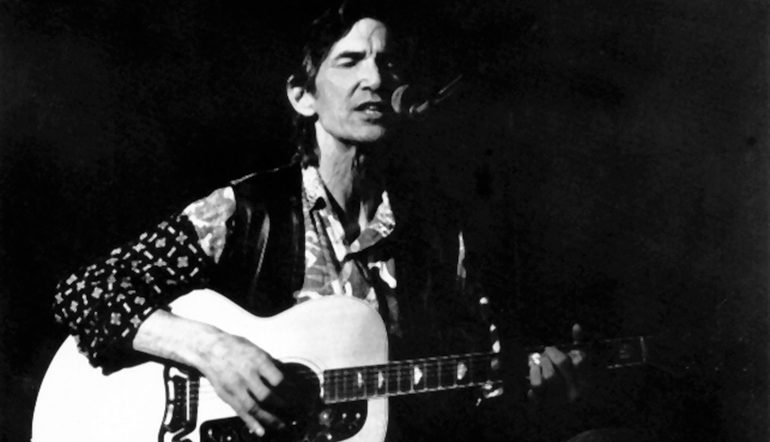 The first time I saw Be Here to Love Me, the documentary about songwriter Townes Van Zandt, I was in rough shape. This was in 2005. I’d recently gone through a devastating break-up, which left me reeling and broke, living in an attic apartment whose ceiling was infested with squirrels. For months I hardly went out, spending day and night reading books, watching movies, drinking, and listening to music obsessively. My credit card was nearly maxed, but there was a record store within walking distance of my apartment, and every couple of weeks, when I was feeling especially down, I’d treat myself to something new. When I brought it home I’d play a single track over and over until I could hear it in my head as I walked down the street or shopped for groceries or lay awake in bed, staring at the ceiling. It was a sort of meditation tactic, I suppose, a way of crowding out thoughts I didn’t want to indulge.
The music I was into ranged from Eric Dolphy to Steve Reich to the New York Dolls, but more than anyone else, I listened to Townes. I’d been a fan for years, but since my life had fallen apart, and in the state of despair and slow recovery that followed, I had the feeling that his lyrics were addressed to me directly. “Everything is not enough, and nothing’s too much to bear,” he’d sing, and I’d nod and pace my attic’s splintered floorboards. “The dark air is like fire on my skin, and even the moonlight is blinding,” he’d sing, and I’d huddle down in my frayed, second-hand sheets. “Lay down your head awhile, you are not needed now,” he’d sing, and I’d forgive myself for hardly having left my bed in months. His ballads were mournful, but his voice was casual, with a mixture of wisdom and resignation and reckless bravado, as if he couldn’t take all this mournfulness too seriously. Life is tough, he seemed to be saying, but you can take it. At the time, that was the only message I wanted to hear.

When the documentary came out, I went to see it alone–as I did dozens of movies at the time–in a rundown theater in southeast Portland that showed only those independent films guaranteed to lose money. To my surprise, though, the theater was packed, though half of its seats were broken. I usually liked to keep a few spaces between myself and strangers, but now I was stuck sitting next to a young couple who held hands through the entire movie. They were maybe twenty-four, both pink and chubby as babies, the boy with a patchy beard, the girl with her hair in pigtails. They were too young to appreciate Townes, I thought, too happy to understand the songs. But whenever one came on, they sang along, too loud and too fast, making clear to everyone around that they had the lyrics memorized. Not fifteen minutes in I was ready to strangle them.