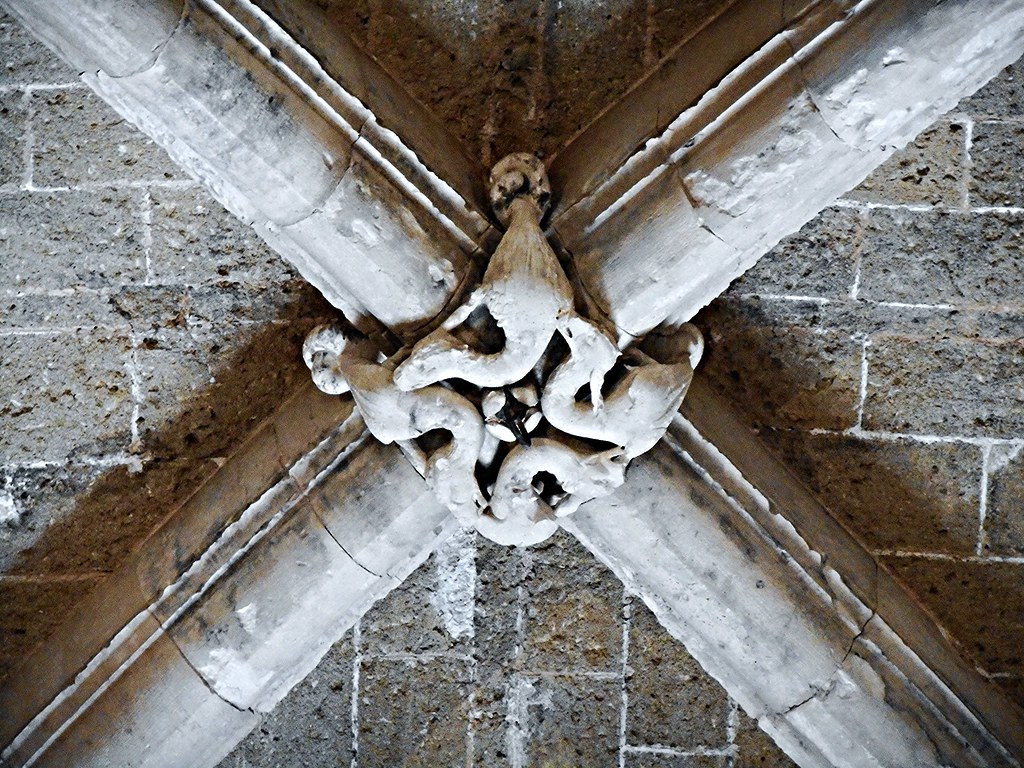 According to Wikipedia, a keystone is “used figuratively to refer to a central element of a larger structure […] that locks the other elements in place and allows the whole to be self-supporting.” With a stone archway, the form is inherent, or predetermined. First, there is the abutment, then vertical supports, then voussoirs, and finally, crucially, the keystone. Ander Monson, in a 2008 interview: “in considering form, I think we immediately run up against expectation.” We, as readers, expect a certain order to things, and as writers, we learn the conventions of form and structure. We are taught that you can’t place a keystone without the voussoirs, yet you can start an essay without first deciding what form it will be, where the keystone will reside.

Leslie Jamison‘s essay, “Morphology of the Hit,” admits, “I never know how to start this story. I just don’t. That’s why I need functions.” Specifically, the functions of Vladimir Propp, author of Morphology of the Folktale, which provides Jamison “a map for storytelling, a catalog of plot pieces arranged into thirty-one functions: commencements, betrayals, resolutions.”

The abutment that supports the arc or form of an essay is a question, a problem. For Jamison, it’s the problem of how to begin a story, the story of being hit while traveling in Nicaragua. How does any woman or man begin to tell the story of unexpected violence? How does any writer begin? Beginning can be such a problem in and of itself, Barbara Abercrombie’s A Year of Writing Dangerously commences with the problem of starting, the terror of that first line, of not knowing the way in. Eula Biss, on a panel at AWP Minneapolis, said, “I feel like in almost all my work, I find form, and I have to write my way into it.”

On Immunity: An Inoculation is comprised of thirty parts, which Biss assumed would “merge and become one” during the process of writing.

At some point [my editor, Jeff Shots, and I] started a conversation talking about the structure of the book and talking about all the possibilities. Will these thirty sections become one? Should we title them? Should we number them? What’s going to happen here? And if it remains in thirty short sections, why? […] At some point we said something about the book that now I think is abundantly obvious but at the time felt like a real new piece of information that I’d discovered, where I said, ‘Well, this book is about how bodies are dependent and independent and how our bodies, meaning us as members of the community, are both independent organisms and totally dependent on each other.’ And when I said that, it was…I felt like a kind of epiphanous moment about the form, where I realized, ‘Oh, these thirty short pieces can’t merge because they are actual bodies, and they are dependent on each other in the way bodies in the community are. But they also have their own edges. They have their own kind of skin, and I have to respect that skin.’

Fonts are a kind of skin—what we see when we first glance at a page, before we look closer at the veins that lead us to the heart of the prose, the keystone. Ander Monson writes, “The font connotes: it means. So by using it, by designing, we are at least sort of writing. We are adding meaning.”

“I Have Been Thinking About Snow,” a lyric essay from Ander Monson’s Neck Deep and Other Predicaments, is described by Broad Street as “defined by a preponderance of ellipsis, criss-crossing the page and separating fragments of text, resembling nothing so much as a whiteout blizzard.”

Ander Monson reflects on his own essay in “The Designed Essay (Design as Essay):”

Partly the idea behind the form is obvious and representative: the essay is about snow. The essay visually resembles snow. Cool. But. It’s more complicated. Are the periods meant to represent, to reproduce snow? Are black marks meant to stand in for whiteness? Or are they meant to be ground, and the text curls and contours of snow? […] Either way it produces fragmentation, isolation, visual contrast. One chunk of text is separated visually and spatially from another. The essay becomes about isolation, and its form, if working well, is inseparable from its content, right? The form is the content. The medium is the message. The essay is about and enacts apertures: opening and closing off. It is about silence. The whitewash of loss. And the reverse of that too.

The beautiful thing about an essay, or a book of essays, is one can go from an abutment to a voussoir to a vertical support to a voussoir all over again, not needing to adhere to chronology, and yet there is an expectation that abutment leads to vertical supports leads to voussoirs and ends with the keystone. Going back to Monson’s 2008 interview: “in thinking about literary form we’re up against convention, expectation, and how a book chooses to handle the reader’s expectations and initial impressions […].”

“How a book chooses” sounds as if it’s up to the book, and not the author, to decide the form. Publisher of Graywolf Press Fiona McCrae asked Eula Biss, Leslie Jamison, Maggie Nelson, and Claudia Rankine “about the aesthetic choices” made in their recent nonfiction books, specifically, “how you fit the aesthetic to the big subject, and the decisions you’ve made,” a phrasing that lends agency to the author.

“Propp claims that you can break any story into an accumulation of these parts shuffled into constant rearrangements. Essentially, he is making a claim about disruptions. He says everything proceeds from losing our place.” (Jamison, The Empathy Exams)

Leslie Jamison agreed with Claudia Rankine on “that idea of disruption, which feels resonant […] both on the level of process or genesis, kind of like how I move my way into a subject or into something that has driven me towards inquiry, like that idea of kind of disrupting.” She continued:

But I think when I’m approaching something that I feel has lodged under my skin in some way and I’m drawn to saying more about it, but I don’t know what that something more will necessarily look like, I think form is the way in. In one of my pieces about getting hit—I’m playing around with the work about this early twentieth-century Russian theorist who divides folktales into sections, and I’m picking up his folktale pieces as a way to try to tell my own story, but ultimately what happens there is not the application of the pieces but the transcription of the ways they break down. So in a way it’s like form is a way in, or some sort of formal structure is the way in, but the piece actually comes alive in sort of noticing, ‘Okay, here’s where form is somehow refused.’ Right? I’ve picked this form up, but it’s failing me in this way, and a kind of confession of that failure is where the particularity of the story kind of comes into focus for me.

Form can fail. Morphology can lead to further confusion. Disruption. New ruptures. The cracking of the abutments and the slipping of the keystone.

“For the form to mean successfully, it must come from the essay’s composition, not added later with water and page numbers. If the design is discovered partway through, the process must be restarted to consider the arrival of the form and what it means to the text.” (Monson, “The Designed Essay (Design as Essay)”)

Sometimes the form is the beginning, the way in to a piece of writing, and other times it’s the way out, the solution to marry what we want to say with how we want to say it.

For Maggie Nelson, aesthetic form answered a problem. As she explained at the AWP Minneapolis panel and reiterated in a recent lecture at PSU, the problem or the question she sought to answer was, “can they be in the same book?” “They” being the mental state of the day, which combined anecdote and experience with conversations with what was being read. The aesthetic form of The Argonauts is the answer to that problem, as Nelson combines personal experience, anecdote, philosophy, and critical theory to create a kind of autotheory, a term taken from Preciado, author of Testo Junkie. “But,” Nelson said, “it takes a long time to figure that out for me, and there’s a lot of working in the dark.”