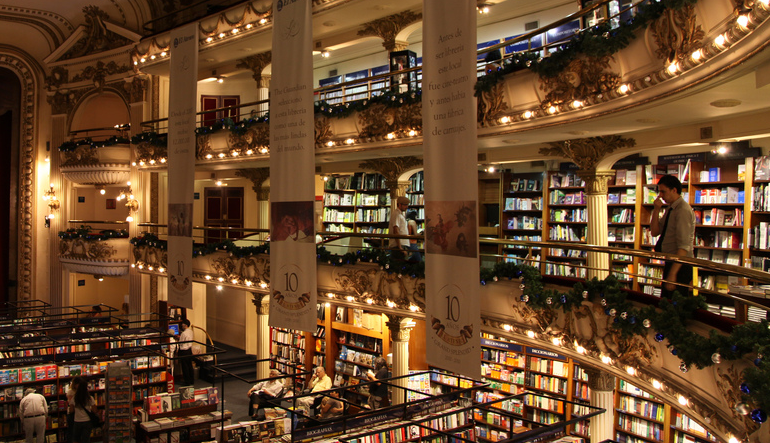 Last week, the National Book Foundation announced nominees for its annual awards in fiction, nonfiction, poetry, and young people’s literature. Winners will be named on November 15, 2017. In the meantime, the longlist for poetry has set off a variety of reactions across the internet, with many declaring it another sign of an ongoing poetry renaissance. If we are, in the words of poet Kaveh Akbar, living in a “golden age for poetry,” what can a closer look at this year’s contenders tell us about it?

Aside from a seven-year hiatus in the 1980s, the National Book Award for poetry has been given “to writers by writers” in one form or another since March 16, 1950, when a group of writers, editors, and critics came together at New York’s Waldorf-Astoria Hotel to celebrate the year in publishing. Eleanor Roosevelt was in attendance, and the first poetry prize went to William Carlos Williams for both Paterson: Book III and Selected Poems. (It’s too bad no one live-tweeted that ceremony.) Wallace Stevens won the year after that. And again in 1955. Since 1950, only fifteen women and six writers of color have won.

In this regard, the 2017 longlist might come as a pleasant surprise. Of the ten titles pulled from the 245 submitted by publishers, five were published by independent presses. Three of those are first collections: When I Grow Up I Want to Be a List of Further Possibilities by Chen Chen (BOA Editions), WHEREAS by Layli Long Soldier (Graywolf), and Afterland by Mai Der Vang (Graywolf). Half of the nominees are people of color. Of the poets whose ages I could find with just a little bit of internet sleuthing, two are under 30. This is particularly interesting, given that the average age of the last seven winners is 55. For judges, it’s 51.

According to the National Book Foundation’s website, judges are selected by the foundation’s staff. “Historically,” it reads, “judges are published writers who are known to be doing great work in their genre or field, and in some cases, are past NBA Finalists or Winners.” The 1950 prize was judged by W.H. Auden, Louise Bogan, Babette Deutsch, and Louis Untermeyer. Gwendolyn Brooks was a judge in 1951—48 years before Ai became the first African American poet to win.

Though the guidelines for judges were expanded in 2013 to include “other experts in the field such as literary critics, librarians, and booksellers,” almost all of the recent poetry judges have been decorated poets. This year’s judges—Nick Flynn, Jane Mead, Gregory Pardlo, Richard Siken, and Monica Youn—are no exception. In fact, the last seven sets of judges resemble this one pretty closely; there are usually two or three women and two or three people of color. (But only one woman of color, if any).

Unlike those symbolic statistics, age is, of course, just a number. As poet Michael Schmeltzer recently said, “You know what’s as impressive as a 17 year old publishing a great poem? A 20 year old. A 34 year old. A 47 year old. A 56 year old.” However, everyone knows literary prizes have historically favored older, “more established” writers. For that reason, it’s great to see the National Book Award not only continue to acknowledge debut books, but also widen its age range each year. In 2013, for example, there was a 36-year gap between the youngest nominee and the oldest. This year there’s half a century. The inclusion of these writers recognizes their undeniable influence on the poetry landscape.

In other words, the list isn’t—or shouldn’t be—surprising. These nominees represent some of the most influential groups in contemporary poetry. Danez Smith, one of those under-30 nominees, came up in the slam poetry scene and cofounded Dark Noise, a star-studded collective of poets who have amassed some of the heftiest accolades in poetry and, in the case of Fatimah Asghar, television. Smith is nominated for their second collection Don’t Call Us Dead (another Graywolf book.)

If the 2017 National Book Award longlist tells us anything, it’s that we are trending toward inclusivity and a more accurate representation of the poetry community itself. This trend is in part due to the strength of independent publishers. Presses like Graywolf, which published almost 20 percent of the poetry books longlisted since 2013, Alice James Books, and Copper Canyon have committed to promoting marginalized voices and followed through on those promises. Gaining recognition from coveted prizes like the Pulitzer, indies arguably wield immense power in the publishing industry. In many ways, they make publication and poetry itself exponentially more accessible. If we are reaching a new peak, independent and nonprofit publishing deserves some of the credit.

While it’s hard to measure whether or not we are truly living in a golden age for poetry (or publishing), and awards are only one piece of the puzzle, it’s clear that the dynamics of contemporary literature are changing. There are always, always books that get left out. And, like so many of the prizes we set our sights on as writers and creators, the National Book Award could certainly be more inclusive. Of disabled voices, Latinx voices, trans voices, Muslim voices, indigenous voices, undocumented voices, and so many other communities that go unrecognized. But by positioning young poets, queer poets, and poets of color alongside institutional mainstays like five-time nominee Frank Bidart, it highlights what we might consider the age’s defining factor. “The cannon,” poet Brionne Janae recently explained via Twitter, “is finally widening enough to include historically silenced but intensely necessary voices.”