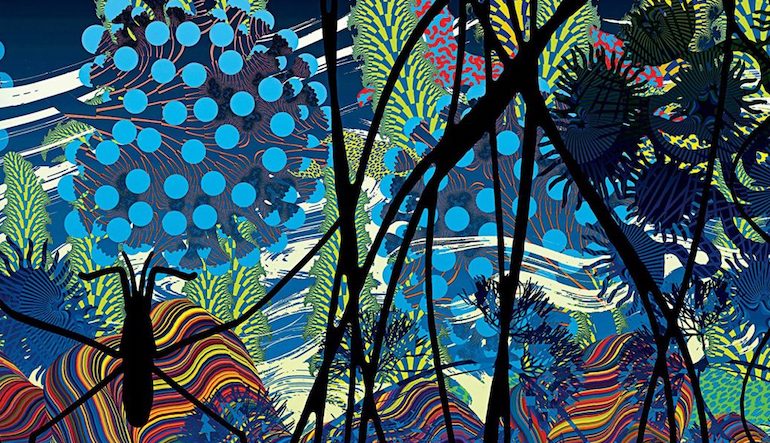 The tragedy of Oedipus reckons with fear, incest, and power, but it is arguably more about the inescapability of fate than anything else. Daisy Johnson’s new retelling, Everything Under, engages with all of these themes while additionally centering change and difference: among gender expressions and names, states of health and sickness, and familial caretaking roles, in particular. This spin might seem contradictory at face value; as Katy Waldman puts it in her review for the New Yorker, “The Oedipus myth, about the irrevocable fixity of fate, is an odd vein to mine for a novel about the mutability of everything.” It might be an odd vein to mine, but it is also a surprisingly rich one. Johnson molds the story’s original questions into new shapes: What does fear look like? What produces it?

Everything Under transports the narrative of Oedipus away from ancient Thebes and into the modern-day canals of Oxford, England. Throughout the novel, the river looms as an in-between space where predestination meets free will: it resolutely flows in one direction, but characters can still choose how to navigate its canals.

Like all narratives, the river and its stories are bound by the nature of the timeline: the past is immutable and the future can only be guessed at (and feared), while the present is the only realm of actual agency. But a supernatural prophecy of the future presents a thorny exception to this simple narrative rule. By virtue of being uttered, a prophecy reaches outside of that typical timeline structure. And a prophecy like Oedipus’ takes fear itself, usually associated with the future and the realm of the unknown, and inserts it where it ostensibly doesn’t belong: the realm of the known, which is usually limited to the past. Johnson writes:

Those images of “gone-off yogurt” and “burnt toast” both tie into this problem of a perverted timeline. The fear is also a linguistic problem; it won’t “fit in the follows of her cheeks.”

Sophocles’ version of this strange form of fear remains abstract and nameless, but Johnson gives it a name and a form: it is the Bonak, the river monster which stands in for not one specific fear, but rather “everything we were afraid of.” As part of a private lexicon of made-up words, the word “Bonak” circularly invents itself through a linguistic magic almost like that which summons Beetlejuice and the Babadook. Gretel, a character who fittingly works as a lexicographer, suspects that she and her mother have spoken the Bonak into existence by inventing its name:

Through describing Gretel’s line of work and the process of revising dictionary definitions, Johnson reminds us that language, like the river, is not a space of absolute free will. The meanings of words can change according to a speaker’s choice of use, context, and so on, but the speaker will always be beholden to everything that came before if they are to meet the obligation of intelligibility. The speaker of any utterance strikes a balance between that which is fixed and that which is continually invented, continually changing.

Even in its stripped-down form, the prophecy in the Oedipus narrative presents another kind of circular dilemma: the speaking of the prophecy is what enacts it, causing him to run away from his adopted parents and run into his biological ones. In this way, the taboo actions of patricide and incest are spoken into existence in the same way as the Bonak, which “might never have been there if we hadn’t thought it up.” In other words, the fear of the thing manifests as the thing itself.

But what does all this have to do with difference and transition? People certainly fear change, but that’s only part of it. What is at issue is this blending of categories, the merging of that which is under one’s control and that which is not. The passage of time itself—the core form of change that allows all other changes to occur—is entirely outside of any individual’s control. Johnson suggests that “perhaps nothing else could have happened except that which did,” a statement which is always necessarily true—barring the possibility of time travel—when it is uttered at a given fixed point on a timeline. While some might argue that fearing change and the passage of time is a necessary extension of fearing death, Johnson seems to be getting at a different kind of fear: that the ongoing dynamic between individual free will and predestined fate always somehow leans in favor of the latter, and that our own intuitions and personal agency will somehow always come up short.