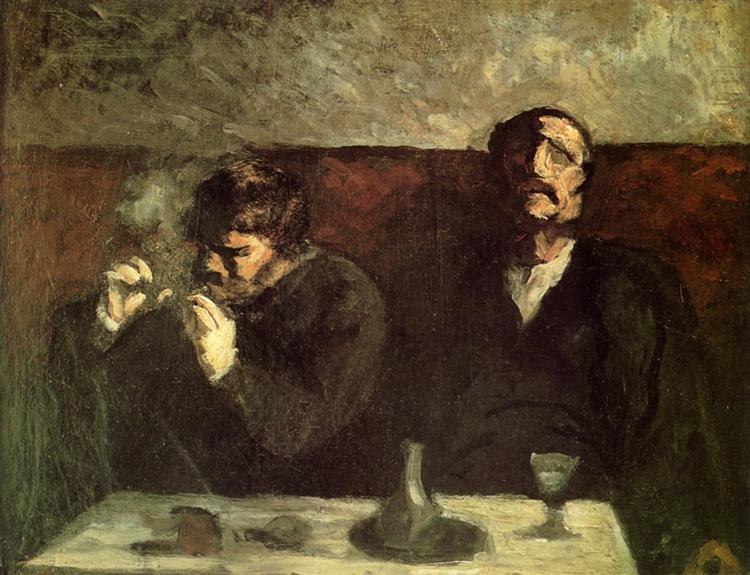 “It is painful, almost intolerable reading,” Russian literary and political historian D.S. Mirtsky wrote in 1927 about Fyodor Dostoevsky’s second novel, The Double. Published in 1845 just three months after his first novel, Poor Folk, which was received with rave reviews, The Double was a critical flop from which Dostoevsky’s career didn’t recover until after he was arrested, sentenced to death as a scare tactic, then exiled to a prison camp in Siberia for four years. Mirtsky, however, like other readers who aren’t Dostoevsky’s contemporaries, noticed in The Double not a failure but “a perfect work of art,” and considered critics foolish for panning it. Dostoevsky likewise felt that in dismissing it, critics were dismissing something crucial. Much like his predecessor Nikolai Gogol, Dostoevsky took a harsh view of nineteenth-century Russia’s civil service and the trappings of the upper class, but what makes The Double so painful is the extreme tactic Dostoevsky uses to “penetrat[e] into the depths of the normal human soul,” as translator Richard Pevear observes, and the dramatic shift in character that tactic evokes.

The novel begins with the protagonist, Mr. Goliadkin, getting gussied up and taking a carriage ride about town, something beyond his rank as a titular councilor near the bottom of the Russian civil service. His colleagues are “extremely perplexed” and “extremely amazed” to see him in a carriage, and during the outing he alternates between “assuming a decent and decorous air” and hiding, depending on the rank of the person he passes and his relation to them. Through his wishy-washy behavior, Mr. Goliadkin flunks performing normalcy so badly that he “flare[s] up like fire, frown[s], and cast[s] a terrible, defiant glance into the front corner of the carriage, a glance intended to incinerate all his enemies to dust at a stroke.” Who these enemies are is unclear—everyone outside the window?—but Mr. Goliadkin’s vacillations demonstrate that he is socially disconnected and unable to fit in. Others view him as an oddity, possibly even a laughingstock, and his bumbling efforts to behave according to social expectations indicate that something is very wrong.

Having cast the defiant glance, Mr. Goliadkin feels “an immediate need, probably it was for the sake of his own peace of mind, to say something most interesting to his doctor, Krestyan Ivanovich,” a man he views as “a father confessor,” and whom he met just the week before when he visited him about “a certain necessity.” As swiftly as this desire comes, however, Mr. Goliadkin just as suddenly resolves not to go through with the visit—then, again, “immediately change[s] his new resolve . . . maintaining a most resolute air” and rings at the doctor’s door after hearing someone’s footsteps. This indecisiveness and his fear that others will judge him reveal how deeply self-conscious he is. He scrutinizes every element of his behavior in his desperate attempt to appear like he fits social expectations. So it’s surprising that while talking with Krestyan Ivanovich, Mr. Goliadkin establishes a crucial detail: despite how he behaves, he actually does have an innate sense of who he is as a person.

“I, Krestyan Ivanovich, love quiet,” he says. “I mean to say, Krestyan Ivanovich, that I go my own way, a particular way. I’m my own particular man and, as it seems to me, I don’t depend on anybody.” He adds, “I, Krestyan Ivanovich, love tranquility, not worldly noise.” Mr. Goliadkin bumbles, but his point is clear: he’s an introvert who likes to live his life a particular way, quietly. He prefers retiring to his apartment at the end of the day to workplace banter and fancy dinners that make him feel uncomfortable. “I’m my own man,” he repeats throughout the novel, and this assertion of individuality is what causes him anguish. He can be who he is, but he can’t also have what he wants: a promotion; marriage to Klara, the wealthy, beautiful daughter of his supposed benefactor; and to be glowingly received by everyone he works with. Mr. Goliadkin can’t find a way to reconcile his mixed desires, which is where Dostoevsky’s examination of the normal human soul begins. After all, taken together or separately, Mr. Goliadkin’s desires are unremarkable—but under pressure from society, his attempt to cling to both sets of desires is perilous.

Krestyan Ivanovich most forcefully asserts that it is not permissible for Mr. Goliadkin to be himself. “‘[Y]ou need to reorganize your whole life radically and in some sense break your character,’” he says. After “strongly emphasiz[ing] the word ‘break,’” Krestyan Ivanovich pauses “with a very significant air” and continues, “‘Not to shun the merry life; to frequent the theater and the club, and in any case be no enemy of the bottle. Staying at home is no good . . . staying at home is impossible for you.’” There is no way forward, he states, other than for Mr. Goliadkin to be a different person entirely. So begins Mr. Goliadkin’s splitting of character, Dostoevsky’s extreme device. That evening, Mr. Goliadkin tries to crash Klara’s birthday party, where he’s been forbidden admittance, and after a prolonged period hiding “amidst all sorts of trash, litter, and junk,” dithering to himself about breaking into the ballroom, Mr. Goliadkin finally—disastrously—does, and is promptly thrown out of the house. In the wretched St. Petersburg night with the wind “blowing from all sides, knocking him off his path and out of his last wits,” Mr. Goliadkin is in such low spirits that he “now want[s] not only to escape from himself, but to annihilate himself completely, to be no more, to turn to dust.” Banished into the cold night, he is now entirely isolated and sees his very self as a hindrance to the goals that no longer seem possible.

In the span of a few days, the double’s rise in popularity parallels Mr. Goliadkin’s decline as he loses his servant, job, and friends. Then he receives a letter from Klara asking him to come to her home in a carriage so that they can elope together. Given that Mr. Goliadkin’s last interaction with Klara resulted in her fainting, the veracity of this request is dubious. He approaches with suspicion and hides behind a woodpile outside, from “the safety” of which he notices a commotion in the house and realizes that the people inside “were not searching for something or somebody, they were quite simply searching for him, Mr. Goliadkin.” This scrutiny makes it “impossible to flee.” Instead, the “dumbstruck Mr. Goliadkin presse[s] himself as close as he could to the woodpile, and only then did he notice that the treacherous shadow had betrayed him, that it did not cover all of him.” There’s a new double, his shadow, giving him away and calling attention to how conspicuously he does not fit while the people in the house scrutinize him like he’s a specimen, a foreign object that does not belong.

At this point, Mr. Goliadkin’s internal dialogue with Klara, whom he refers to as “lady mine,” takes a misogynistic turn, revealing the external consequences of Mr. Goliadkin’s extreme break. First, he blames their need to elope on his former landlady, a claim that is illogical, then, seconds later, on Klara herself, making her the object of both his obsession and frustration. “You, my lady, are leading me into futility . . . A man’s perishing here, a man’s vanishing from his own sight here, and can’t control himself,” he says. It’s the woman, the temptress, who is to blame for a man’s actions and never the man himself—especially not this man, whose behavior was prescribed by yet another man under the belief that this is the behavior all men must engage in. Mr. Goliadkin takes no responsibility for the “perishing” and “vanishing” he’s experiencing. His thoughts spiral further as he imagines how Klara will serve him as his wife. Despite how much he longs for her, he schools her in his thoughts that a husband “kisses you maybe once and even that indifferently,” which is how they’ll do it. His internal monologue is appalling, though maybe not shocking.

The first time I read The Double, I was a junior at UC Santa Barbara, where, a year later, Elliot Rodger would describe in a YouTube video how he would punish women who rejected him, as well as sexually active men. That evening, he killed six people, including two women standing outside of the sorority house he tried to gain entry to. With his misogynistic internal diatribe, Mr. Goliadkin strikes me as a nineteenth-century incel. While Mr. Goliadkin may have thought of himself as his “own man,” everyone around him indicates how wrong he is to think so. He is told that his only chance at success is to conform, which he fails at miserably. His failure to conform is made stark by his double, a more perfect version of himself. And after his discovery behind the woodpile, Mr. Goliadkin flees to a government apartment with light and firewood, which according to Krestyan Ivanovich Mr. Goliadkin doesn’t deserve.

Though contemporary critics may have considered Dostoevsky’s splitting of one’s character too extreme, what makes The Double so painful, and yet so crucial, to read now is just how common this splitting still is—and, perhaps more damning, what it reveals about how we have fostered it.