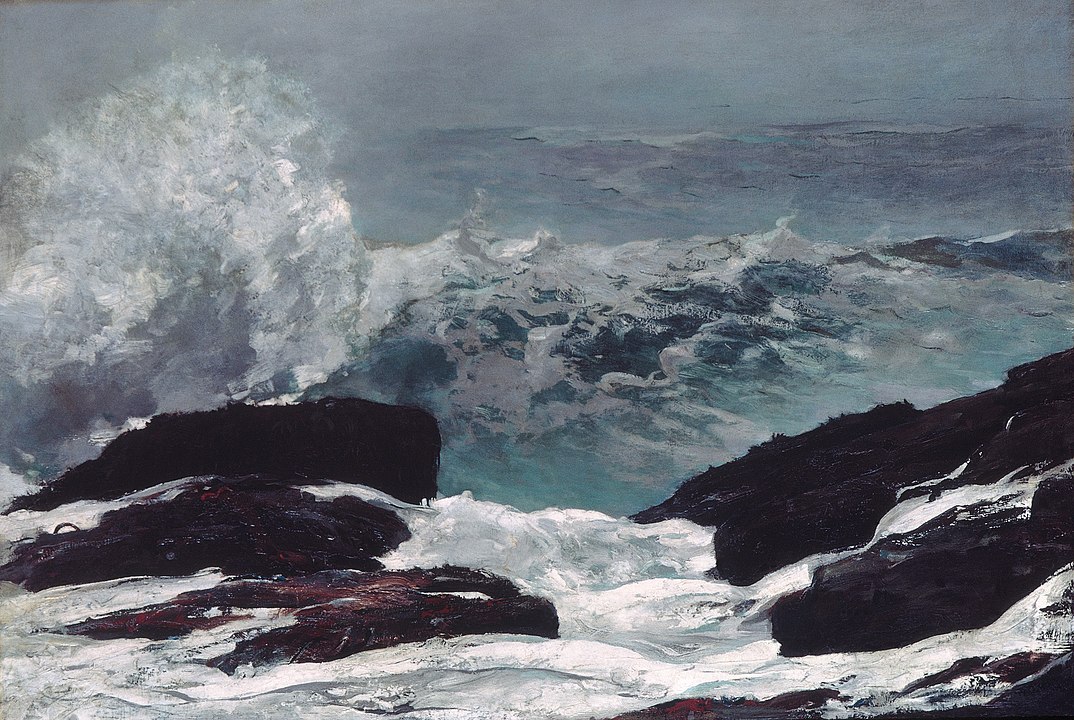 Early in Oksana, Behave!, Maria Kuznetsova’s smart and insightful debut novel, Oksana’s grandmother, Baba, explains to her how life works: “You are born, you have some laughs and a rendezvous or two, and then you fall into the void. Just try to enjoy the ride, darling.” Baba is wise, and while she is describing her outlook on life, Kuznetsova is also, in this moment, outlining the trajectory and style of her book. Told in discrete moments, Oksana, Behave! moves differently from many other novels.

Most traditional novels rely on cause and effect for forward momentum, with unanswered questions often pulling the reader forward through the book. Chapters come to a close, but lingering questions or events often urge the reader to continue on. In novels comprised of stories, though—like Oksana, Behave!—each chapter can stand alone. So, how does the writer convince the reader to keep on reading? How does time work in these novels, both as a narrative device and in the reader’s experience? Both Oksana, Behave! and Olive, Again, the newest novel-in-stories by Elizabeth Strout, are wonderful examples of how such novels marry their content and form.

Oksana, Behave! tracks the character of Oksana, a Ukranian émigré, for twenty years—from early childhood to young adulthood. The novel moves forward linearly and consists of eleven chapters, each of which takes the reader into a distinct moment in Oksana’s life. By the third chapter, we understand how this novel will move forward in time. Huge gaps of time will be unaccounted for, and it is to Kuznetsova’s credit that the gaps are not black holes. She skillfully fills us in on the time that has elapsed while allowing us to become fully immersed in the moment of the current chapter.

The linear movement in this novel tells us that we are moving forward in time, but we never quite know where we will land next. There is no set pattern. So, there is anticipation built in for the reader: What has happened to Oksana since we last saw her? Where in her life will she be now? Kuznetsova always lets the reader know early in the chapter how old Oksana is, and she lets us know anything important that has transpired in the intervening years. Because the first-person perspective is used throughout the novel, we also have access to Oksana’s thoughts, which further helps to place us in time—and to push us to become her ally.

Oksana is smart, funny, and unpredictable. She is irreverent too, which adds to her immense charm as a character. In her early years, she covers up her unease at fitting into the new world of America with humor and brazenness; the reader, though, catches glimpse of what lies behind the mask. In college, a friend accuses her of not taking anything seriously enough, and she reacts: “How could I tell him that everything mattered to me? That it all mattered so much that I couldn’t help but laugh or I would explode?” Time after time, moment after moment, we see through Oksana’s often tough exterior to the vulnerability beneath.

Oksana takes after Baba, and this is another way in which Kuznetsova moves through time. We see how Oksana’s behavior mirrors that of her grandmother, and yet, we’re also aware of the years between them and that Baba is far closer to death than Oksana: “She was ridiculous, but I didn’t want to leave her, and I definitely didn’t want her to die like almost everyone else in my family.” Even for a young protagonist in a coming-of-age novel, the specter of death is never far from the page.

Death is even more of a pronounced theme in Olive, Again, Elizabeth Strout’s return to the beloved character of Olive Kitteridge, who featured in the Pulitzer-winning novel-in-stories Olive Kitteridge from 2008. The new novel works in much the same fashion as the original: Olive appears in all thirteen chapters, but her presence in some of the chapters is fleeting at best. Olive, Again spans ten to fifteen years late in Olive’s life, picking up shortly after Olive Kitteridge ends, always moving forward in time with Strout providing clear markers for the reader.

Because Olive and many of the other characters in this novel are older, death and aging is an ongoing thread that lies beneath many of the chapters. One of the ways that Strout pulls us forward lies in this thread. Characters age. Characters get sick. Characters die. We watch Olive actively aging. She is different now, in older age; she is often lonely:

She had not known such a feeling her entire life; this is what she thought as she moved about the house. It may have been the terror finally wearing off and giving way for this gaping bright universe of loneliness that she faced, but it bewildered her to feel this. She realized it was as though she had—all her life—four big wheels beneath her, without even knowing it, of course, and now they were, all four of them, wobbling and about to come off. She did not know who she was, or what would happen to her.

We are both curious and frightened to watch what will happen to Olive as she ages, to see how far Strout will take us. How will Olive make sense of her life? Will Olive die by the end of the book?

Strout often uses nature as a marker, both to set the story in time and place and to reflect the passing of time. The narrative descriptions set the tone for the scene, allowing us to interpret the character’s mood rather than directly access their thoughts:

No snow had fallen yet in Crosby, Maine, and because the sun was out on this particular Wednesday there was a kind of horrifying beauty to the world. The oak trees held their leaves, golden and shriveled, and the evergreens stood at attention as though cold, but the other trees were bare and dark-limbed, stretching into the sky with dwindling spikiness, and the roads were bare, and the fields were swept clean-looking, everything sort of ghastly and absolutely gorgeous with the sunlight that fell at an angle, never reaching the top of the sky. The sky was a darkish blue.

This type of contradiction in nature—“horrifying beauty”—occurs throughout the book and underscores the character development in each story. Characters—especially Olive—often see things slightly differently by the end of a chapter, rarely dismissing their original understanding but modifying it to include multiple perspectives. As readers, we are also revising our understanding of the characters as we see them through time.

Indeed, one of the joys in Strout’s book is to recognize characters from earlier chapters and even from other books. Characters that may have been a protagonist in one story will show up as a minor character in another. For many readers, Olive, Again is a continuation of Olive’s life, and we bring our prior knowledge to the page. We saw her in the earlier book as a younger mother, as the wife to her first husband, as a teacher in the community. As we see her and others aging here, we are reminded again of time moving forward.

The collection of characters shows Strout’s interest in exploring community and one’s connection to it. It is for that reason that the structure of both Olive, Again and Olive Kitteridge (as well as Anything Is Possible, Strout’s novel-in-stories from 2017) works so well to underscore this thematic interest. Olive is the most important character here, clearly, but allowing her to only appear briefly in some of the chapters both shows us her connection to the community and allows us to see her through other eyes. A more traditional novel, featuring Olive as the protagonist, without the breaks in time and character, might not work as well. “The Olive-ness of her,” as her second husband Jack says, might be too much to take.

Kuznetsova’s and Strout’s novels succeed, in part, due to the strong character of their protagonists. Oksana and Olive are, to use Olive’s definition, “fierce.” They are also both honest and funny, often surprising the reader with what they do or what they say. They surprise us, again and again, and we never quite know what is going to happen. Even at the close of a chapter, when the story of that chapter has come to an end, we are still curious as to what will happen next. How will Oksana shock us? To whom will Olive say, “Phooey to you”?

It is difficult to imagine a successful novel-in-stories, focusing on one character, without the protagonist being so compelling. In Olive, Again, we wait, somewhat impatiently perhaps, for Olive to star in yet another chapter. We turn the pages in Kuznetsova’s book because we want to know what Oksana may do next, and to understand the adult she is turning into. There is a wonderful synchronicity between the two women, even given their vast differences. “I didn’t know a thing,” Oksana says. “I didn’t know if this was just the beginning or if we had already reached the end.” Olive writes, “I do not have a clue who I have been. Truthfully, I do not understand a thing.”

By moving forward but only occasionally touching down in time, these novels underscore the importance of certain moments in each character’s life. They both shy away from the biggest moments—important events almost always happen off the page—and focus, instead, on the ones that mean the most to each character. It is the before and the after that both Kuznetsova and Strout are interested in exploring, the smaller moments that make up a life. The structure of a novel-in-stories so nicely supports this intent.

Towards the end of Olive, Again, Olive is alone after attending the funeral of an acquaintance, a woman younger than she. Olive suddenly realizes that this will happen to her as well: “She was going to die. It seemed extraordinary to her, amazing. She had never really believed it before.” Books, too, must sadly come to an end. A novel built of stories, though, gives us the opportunity to see a great span of a life and to focus in on the moments that matter.

This piece was originally published on October 15, 2019.