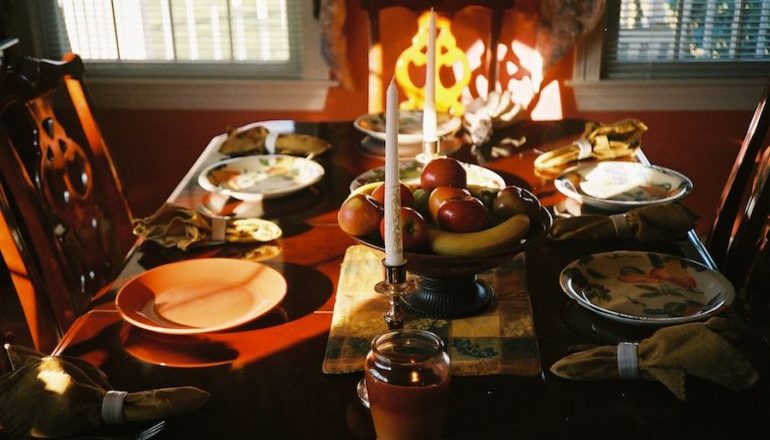 “I want to tell you what happened on the way to dinner.” Christopher Castellani‘s The Art of Perspective: Who Tells the Story begins with that simple phrase, the driving force of storytelling: the author has something they want to convey. Which quickly leads us to the issue of how to convey it. Castellani, a Ploughshares Solo author, doesn’t know how to convey the story of what happened on the way to dinner, “because I haven’t decided who’s telling it.”

There is no more important decision the writer makes than who tells the story, because, whoever that narrator is, he will compel us to tell it his way, with his frames of reference, his agenda and lexicon and baggage, within his particular wedge of time.”

“Perspective” is defined as a particular attitude or point of view, or an understanding of the relative importance of things—a sense of proportion. Perspective in literature is often boiled down to first, second, or third-person point of view. Castellani widens the lens, broadening the subject to the point of needing to note where the book touches the edges of its scope: “The question of how far outside her own experience an author is ‘allowed’ to write has more to do with politics than with craft; as such, it is outside the scope of this book.”

Yet the author doesn’t shy away from the topic altogether, understanding that, “by definition, that way of seeing is always limited by its identification with a single person, the artist or the speaker.” The limitations of perspective brings us to, “the indisputable fact that, no matter how many books and stories and other media we consume, we will never know anyone’s full story.”

Over the wine [the producer] asks me if, while writing Jane, I felt as though I were channeling my aunt. I say no. He looks disappointed. I try to explain that Jane is about identification, not fusion. That I never even knew her. That in the book I don’t try to speak for her, but rather to let her speak for herself, through her journal entries. And that although I have tried to imagine her death, there’s really no way of knowing what she went through—not only because I don’t know what happened to her on the night of her murder, but because no one ever really knows what it’s like to be in anyone else’s skin.

Throughout the memoir, the reader is returned to Nelson’s perspective, reminding us whose story this is. Nelson first encounters the man convicted of murdering her aunt Jane at his hearing, which takes place over thirty years after the murder itself, after the case was reopened following DNA testing evidence. The author was not yet born when Jane died, yet the man who shot and strangled Jane—then a college student—haunts her dreams, casts shadows over her family. At the hearing, she reconciles the image she held in her head with the man sitting before her:

In the late afternoon a deep shaft of sunlight moves over the courtroom, and eventually lands on the defense table. Everyone else shifts positions or moves seats to get out of it, but Leiterman cannot move, he has to abide it. I watch the sun saturate his face and body, watch him shield his face with his hands in vain. Just as he instinctively offers up the gloves, I feel the urge to shield him, to block the sun with my body, or at least pull down a shade.

We stay planted in our positions; I watch the light move over him.

Writing teachers advise students to strike the word “watch” from their prose, saying that it’s implied: that readers don’t need to be told the narrator or character is watching, because we get that from the way the scene is described—from the perspective. Here, though, Nelson’s prose shifts, much like the shaft of sunlight as it moves across the room, mobilizing an otherwise mostly sedentary courtroom. Nelson could have continued with the tone of the first two sentences and written: “The sun saturated his face and body, and he shielded his face with his hands in vain.” Yet she chose to direct the reader back to her own experience and perspective and her act of bearing witness.

The Art of Perspective‘s strengths lie in Castellani’s courage to pose questions with no clean answers, and admit where he struggles with perspective in his own writing: “When will I know if I have the ‘right’ perspective to make the best possible story from that raw material? And, if I do find the ‘right’ perspective, will it lead me reliably to an effective narrative strategy?” He remarks, “I fear that, at some point in the future, possibly even overnight, I’ll find I lacked sufficient insight.”

The Red Parts is not lacking in sufficient insight, remaining relevant nine years after its original publication. In the preface to the new paperback edition, the author writes, “What effect do years, even decades, have on a piece of writing that self-consciously attests to the turbulent, raw, and rush circumstances of its composition and publication?” Over time, the memoir has become, “a peculiar, pressurized meditation on time’s relation to violence, to grief,” one that could be attributed to the narrator’s perspective—to the self-conscious questioning and the consistent refrains of the present. “Even now” and “now” are threaded throughout the book, landing the reader in a certain place and time, aligning us with the author’s perspective in it.

During the trial I try not to look at what my mother is writing down on her legal pad, but when I do, I notice that we gravitate toward the same details. And I begin to wonder if this is really her story to tell, and if I’m stealing it from her, even now.

Nelson and Castellani both grapple with the question of who the story belongs to, and while Castellani asks himself prior to the completion of it, Nelson asks herself during the narrative. The Red Parts considers the perspectives of others and the limitations of going there—especially when it relates to those who have passed. Castellani writes, “Who tells a story claims responsibility for it.” Nelson writes, “But, of course, I was not its sole author.”