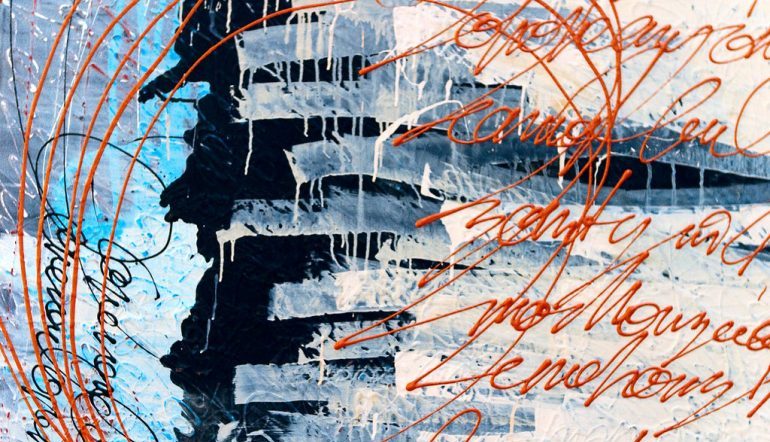 How do we tell our stories? What form best fits the autobiographical? Poetry and nonfictional prose each offer unique angles and approaches to addressing a past event or personal experience. But for many writers, working in one genre is not sufficient, or else a single genre does not exhaust a writer’s obsession with their subject matter.

Poetry may provide some writers with a way to engage autobiographical subjects without the potentially uncomfortable (if not outright dangerous) burden of autobiographical ownership. Not only is it generally considered good practice to distinguish a poem’s speaker from the poet, especially when it comes to the identification of first-person agency within a poem, poetry also has a long artistic tradition of expressing truth through fiction. Emily Dickinson famously said, “Tell all the truth but tell it slant,” and many poetry practitioners reject factual confessionalism in favor of emotional authenticity and vulnerability. On the other hand, poetry sometimes privileges showing over telling, image over statement. It often asks the reader to infer situational information from juxtapositional interactions between images, the accrual of which Cesare Pavese called the “image-narrative.” This is a generalization, but it does perhaps illuminate the reasons some writers, especially those who begin as poets, might turn to nonfictional prose to tell or continue an autobiographical exploration.

Creative nonfiction’s general (but certainly not universal) expectations for accuracy and veracity may offer some writers the autobiographical transparency necessary to approach a particular narrative. For instance, I find it much easier to write about and consider the implications of certain kinds of trauma, especially sexual abuse, through creative nonfiction than I do through poetry, in part because it’s important for me to “own” this narrative, to say, “Yes, this happened to me.” I don’t want to give the reader a comfortable distance from the truth, to offer an abuser any way out of their culpability. That being said, nonfiction, like poetry, can complicate and even problematize notions of truth. For instance, Lauren Slater’s 2000 book, Lying: A Metaphorical Memoir, does not distinguish between factual events, revised personal history, and art-mandated lies.

Most cross-genre writers are eventually asked how they decide what genre a piece will be: “When you start writing, how do you know if you’re writing poetry or prose?” Many writers say they don’t know. In a 2016 interview, the Washington Square Review asked poet and nonfiction writer Maggie Nelson if her “startling, precise descriptions” made her book The Argonauts—a memoir-in-fragments combining personal experience, gender theory, and cultural criticism—feel “closer to poetry or essay.” Nelson responded by denying the importance of genre distinctions: “I don’t think much about the difference between poetry or essay; genre isn’t a very fruitful category of thought for me.”

Nelson’s first book, Jane: A Murder (2005), is a long poem chronicling her aunt’s murder in 1969. When her aunt’s case was reopened, Nelson chose to write a nonfiction book about the new investigation and trial, as well as a book of nonfiction on the subject—2007’s The Red Parts: Autobiography of a Trial. Jane collages original passages of poetry and found materials, including historical documents and her aunt’s diary. Nelson writes in the persona of her aunt, a liberty perhaps only poetry can take. On the other hand, we have Nelson’s own voice in the nonfiction work, one that explores the writer’s own thoughts and feelings throughout the narrative—something missing from Jane. The Red Parts feels paradoxically personal and journalistic.

In Nelson’s case, circumstances gave her an obvious opportunity to revisit her subject matter in a second work of literature. But who’s to say that she would not have returned for her own private reasons without the prompt of the reopened case and new trial? Many writers revisit subject matter again and again, whether it’s in the same genre or multiple. “Follow your obsessions,” many writers say, and many follow that advice to its extremes, returning again and again to the same wellspring to try to understand something by using language, our ultimately imperfect tool of translating and capturing experience.

Tarfia Faizullah’s first book, Seam (2014), presents accounts of the Bangladeshi women who were raped by Pakistani soldiers in the 1971 Liberation War. Many of these poems utilize transcription and persona, with recurring self-interrogations by “the interviewer.” Faizullah went to Bangladesh to interview the survivors, and she wrote of her experiences in lyric prose; only a few of the pieces have been published. In “Dhaka, X,” Faizullah considers the project:

What is it, exactly, that you’re here to do? people always ask me. My answer, more and more, no longer fits into the neat white boxes of the online Fulbright application. War heroines . . . liberation . . . the identity of the Bangladeshi woman in the 21st century . . . sexual violence . . . poetry, I no longer parrot dutifully. There’s so much I don’t understand about what it is to be a woman in Bangladesh. There’s so much I don’t know.

It seems that nonfiction allows Nelson and Faizullah to include more of the story, including their own presence/complicity/agency within it, than their poems could contain; it likewise gives them the opportunity to reflect upon the ways that they work in poetry, to step back out of the art to think about the art. Perhaps this isn’t the only reason that poets turn to nonfiction, but it is one way that they better engage with themselves in the world to create art that’s expansive and nuanced.