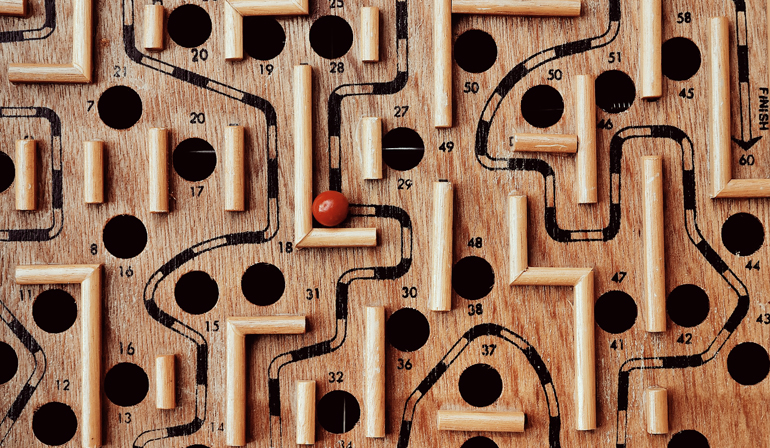 When I was in high school, an English teacher pulled me aside after class and gave me a photocopy of one of Cynthia Ozick’s more famous essays: “Metaphor and Memory.” It’s a sort of meta-essay, an account of a poorly received reading she gave to a room full of Harvard physicians of one of her stranger short stories. The essay may have been short, but its subject was obscure, and it called for receding layers of background knowledge: on a speech I hadn’t heard about a story that was out of print. It was not, suffice to say, the most compelling recommendation in the world, and I didn’t know why my teacher thought I needed to read it. I didn’t. I kept it, but it sat neglected for years, folded in half and worn, on a bookshelf in my bedroom, waiting for a year when it would—maybe—mean something more.

Seven or eight years later, Zadie Smith published Changing My Mind, her first full-length nonfiction collection. I bought it immediately, in hardcover, devouring it an essay or two at a time at the park or at coffee shops or on my porch. I had read White Teeth in middle school and instantly had a new literary idol. Zadie Smith was young, she was confident in her brilliance, and her novel, for all the foreignness of its subject matter to a fourteen-year-old in Texas, was captivating and engaging and, yes, hysterically real (hystericalness and realism being two literary traits that are very appealing to fourteen-year-olds). As I made my way through Changing My Mind, I only skipped the pieces about books I hadn’t read: Brief Interviews with Hideous Men, Middlemarch, and Howards End (for the same reason I had yet to pick up Smith’s lauded Forster-retelling, On Beauty).

In one essay, a throwaway line caught my eye: Cynthia Ozick is my sister. It was a minor comment on how much Ozick’s writing meant to Smith, across difference, style, and age, and it was not meant to be specific to Ozick. In the context of the essay, where Smith explores whether she shares a deeper literary kinship with the American writer Zora Neale Hurston, Smith could have used any number of other writers she admires to make the same point. But the juxtaposition was startling. I remembered “Metaphor and Memory,” long-folded and smeared and unread. It had seemed at worst inaccessible, at best square, but here was its author being vetted by someone I’d long admired. With apologies to my former English teacher, this was a recommendation that was enough for me. I bought Ozick’s Messiah of Stockholm, The Pagan Rabbi, Trust, and The Puttermesser Papers and read them feverishly.

All of this is to say that: awe and literary love can be contagious, but the source matters. The most glowing review means little if its author is a stranger, and anthologies, literary almanacs, university curricula, and award winners carry the distinct suggestion of a closed-door meeting. But when you’ve identified a writer that moves you, when you’ve made your way through their body of work and back again, you build an important relationship with that work. Let’s think of it as literary trust. And the short line from Smith to Ozick is not the only time this phenomenon has worked its magic on me in my reading life. Changing My Mind also led me to reread Hurston, to reconsider my skepticism for Foster Wallace, to make time for Middlemarch, to finally pick up Howards End. Ozick sent me back further, to Henry James and Isaac Babel and Der Nister. My love of Toni Morrison gave me a patience for Faulkner and Marquez I couldn’t summon in college, and she’s also the reason I own books by Ellison, Bambara, and Kincaid. Alison Bechdel has kindled my genuine interest in the likes of Proust, Adrienne Rich, and Donald Winnicott that course instructors and golden stickers on paperbacks and glowing reviews from “big name” publications never really have.

Finally recognizing this pattern has led me to an unconventional idea: we should teach literary survey courses backwards. And those of us who are no longer in lit classes (or who have steered clear of them altogether) should read that way ourselves.

The idea of a chronological canon poses more problems than it issues rewards. The nature of a survey course condenses a lot of reading into a short amount of time, instructors inevitably slough off the final readings, or students ignore them. And since survey courses are populated mostly by novices (or let’s say “new readers”), we should prioritize methods that respond to how new readers read: what’s available, what’s relevant, what interests them. And since even the most ambitiously all-encompassing syllabus is going to fall hopelessly short against the breadth of what could be assigned, I think instructors should be less concerned with whether their students have read Shakespeare or Keats than whether they want to read them.

And this is also important: maybe they won’t. Following trails of influence and admiration backwards has a naturalness to it. It holds an organic sense of discovery that rewards curiosity. It foregrounds diversity in a discipline that deserves it, and contains a fundamental built-in quality check for relevance that we will constantly renew our evaluations of and interest in past literature with each new generation of readers. (For anyone concerned that this will lead quickly to major loss of historical memory, I’ll just add that our canon is already spotted with holes, and following your favorite writers’ influences can correct that. George Meredith fell into obscurity a while ago, but I tracked down a copy of The Egoist because of Doris Lessing’s love of it.)

Neither the past nor the present can lay claim to better literature, so readers should proceed where the magnetic pull of their own interests take them. Encountering great writers as students of traditions rather than forebears is inviting, not daunting, and eventually the linearity of the study of the canon collapses: writers not only draw from the past, but their contemporaries as well. Follow the pleasure of someone you love long enough and eventually it becomes your own. It’s like finding Ariadne’s thread in a maze you don’t want to escape, but get lost in.