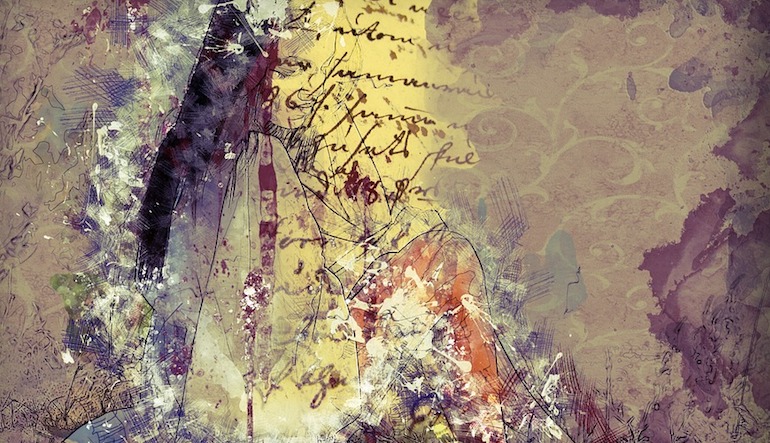 All works of fiction more or less “transport” a reader into an experience, but one of the most direct ways to evoke this feeling is within the second-person perspective. In a way, the reader herself is the main character, the “you” being addressed. It can be jarring and difficult to pull off, and second-person stories are relatively rare as a result. Daisy Johnson and Chimamanda Ngozi Adichie have nonetheless both worked with this perspective successfully. Their works demand a closer look at the inherent sense of intimacy within this mode of storytelling, forcing us to consider how we read the body in the second-person voice. In Johnson’s collection Fen (2017), the story “How to Fuck a Man You Don’t Know” presents a second-person narrative that hurtles backward in time, starting with a breakup and progressing toward the beginning of a relationship. As the “you” character knows her lover less and less, she experiences a distance between her self and her sexuality. She questions the difference between sex and “affection.” About the experience of trying to reach orgasm, Johnson writes:

You do not tell him the harder he tries the more you feel your orgasm is a conquest, something grey-eyed and eel-shaped with thoughts and digressions all its own.

The feeling of bodily estrangement is itself expressed through a negation: “You do not tell him.” This negation draws attention to how the figure “you” acts both as a subject who performs actions and, paradoxically, as an object who is always necessarily addressed by the text. In other words, someone who is a “you” is positioned as a listener, not a speaker. Meanwhile, the backward telling of the story invokes a sense of alienation from the character’s own memories, since the reader only gains access to these memories by reading on.

Memory isn’t the only way Johnson plays with time and alienation. Later in the story, we learn that the character can hold her breath underwater for unnaturally long periods of time:

Sometimes you would come up and they’d be shouting your name, one of them crying.

The rhythm of a person’s breath is one of the most basic ways we mark the passage of time; here, the complete halting of her breaths suggests that she isn’t just distant from her own body but also from time itself. Those profound distances must coexist with the perceived intimacy of the voice, and with the way the reader still engages with time in a more or less linear fashion as she progresses from one paragraph to the next.

A similar sense of distance comes across within the “you” character in “The Thing Around Your Neck,” a short story from Adichie’s collection of the same title (2009). In the beginning, the character moves from Nigeria to America. Just as she starts to feel comfortable in her new home, the boundaries of her bodily space are violated suddenly when her uncle comes to her room and molests her. Adichie writes:

After you pushed him away, he sat on your bed—it was his house, after all—and smiled and said you were no longer a child at twenty-two. If you let him, he would do many things for you. Smart women did it all the time. How did you think those women back home in Lagos with well-paying jobs made it?

Here, the narrative “you” in the text becomes momentarily indistinguishable from the addressed “you” in the uncle’s spoken words. After this confrontation, the character goes off on her own, and the distance within herself becomes even more palpable:

Nobody knew where you were, because you told no one. Sometimes you felt invisible and tried to walk through your room wall into the hallway, and when you bumped into the wall, it left bruises on your arms.

The feeling of invisibility becomes confused with an illusion of immateriality when she walks into the wall. Unlike the “you” from Fen, this character’s alienation from her body is more about space than time. Walking into the wall, she’s having difficulty seeing herself as taking up space, seeing herself as a subject. She struggles with the titular “thing around [her] neck” while also coping with the ongoing alienation from without that she faces in her daily encounters at the intersections of racism, sexism, and xenophobia in America.

Through the eyes of the second person—the insistent repetition of the word “you”—Adichie and Johnson both position their characters as perpetual objects of address even when describing the internal sensations of their bodies. But these characters are still subjects with agency. Like the readers themselves, they balance precariously between a sense of passive alienation from the action and, simultaneously, a corporeal involvement with the narrative: the power to drive it forward.

Tags:Chimamanda Ngozi Adichie, Daisy Johnson, Fen, How to Fuck a Man You Don't Know, The Thing Around Your Neck