Home
»
Critical Essays
»
The Country Inside Your Skin: Reading Old Rendering Plant in the Alamo City 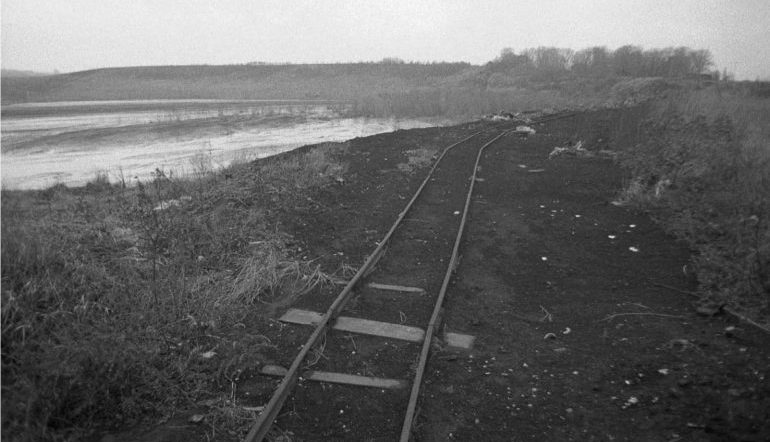 Upon arriving in San Antonio to give a reading last month, I realized after checking into my hotel that I’d left behind my too-expensive hair pomade (the only one that can tame my wiry head) in Houston and decided to go out downtown in the early morning in search of a cheap substitute. At that hour, in late July, downtown is mostly tourist mayhem. The River Walk, the Menger Hotel, one-way streets with cars driving in both the right and wrong directions, the existential threat of a waning summer compelling entire families to squeeze blood-dry their last possible day trip should school children make fun of an uneventful summer. In short: angsty children, red-faced fathers getting too real about the Alamo for anyone’s comfort. Semi-chaos, though also kind of beautiful in its own way. The city is burning with life.

I should admit that I have a soft spot in my heart for San Antonio. Along with my native Austin, I consider San Antonio the other city of my childhood. My mother is from there, as is the rest of that side of the family. My favorite eats are there. Tim Duncan still lives there, and that’s something. In short, I’ve always considered San Antonio part-me, which is why it was strange when a man cornered me on the stoop of a closed shop, put his finger in my face, and said in a very earnest, very threatening tone, “Sir! Remember the Alamo.”

He said it with such sincerity that I couldn’t stop myself from laughing. And in the next instant, you could feel his heart break in two. The Alamo is, after all, kind of a joke. At least to many Texans it is. It’s considered the most thorough military defeat in its history, kind of a non-crucial event that’s been overly mythologized to racist, anti-Mexican ends. Many people, however, have an inexplicable connection to it, including this dude. You could feel his anger radiating from his skin, that dark energy completely directed at me—though of course I knew, even in that moment, that it wasn’t so much personal as it was racial. What he said was Remember the Alamo, but what he meant was Remember your place. Remember, you don’t belong here. Remember, I can corner you in a public space and no one will save you. Remember, there are no repercussions for people like me.

I laughed and laughed. And his face kind of moved behind these cheap sunglasses. His teenage son slinked nervously behind him, embarrassed for me or for his father, I’m not sure. I can’t imagine what goal they’d set out to accomplish in cornering me that morning. In any case, for better or worse, I decided then that I couldn’t belittle a man in front of his kid. I refused to let them debase or dehumanize myself in that way. So, instead, I engaged him. Gave him an out. “Where are you from?” I managed to ask, half-hoping he’d walk away at the merest hint of civility. He continued seething. A long time passed. The kid finally got out a single word: “Maryland,” he said. And before I could laugh again, the father, violently agitated now, asked, “Well, where are you from?” An accusation more than a question.

The entire summer, I’ve been on an East German literature kick. I picked up Isabel Fargo Cole’s translation of Wolfgang Hilbig’s Old Rendering Plant at the suggestion of a writer friend whose advice I take more seriously than that of my own doctor. And as is the case with much of my favorite literature from writers who lived through the former German Democratic Republic, this book is a look into the conscience and psyche of a social fabric built largely from the slag of wars both hot and cold. Fargo Cole’s translation of Hilbig’s Old Rendering Plant is, to say the least, a remarkable feat of lyricism and translation. Hilbig’s prose has been likened to Proust, and the gothic, visceral nature of his writing has earned him comparisons to Faulkner and Poe as well, but it should also be said that the language is uniquely Hilbig’s—heavily cadenced, heavily impressionistic with jargon from Marx to Stasi doublespeak to Joyce’s Finnegans Wake, “Ostrygods gaggin fishygods.”

The novel is a kind of dark Entwicklungsroman, or German coming-of-age story, narrated by an unnamed, middle-aged outcast of East German society whose stream of consciousness is driven largely by his sensory experience of the outskirts of his native city, most notably the smell of toxic decay that emits from a former coal factory turned rendering plant called Germania II. In this memory-scape, the emphasis of the narrative is less on time and chronology than it is on unpacking the fallout of our narrator’s discovery of this plant and his desire to become one of the workers there, outcasts in their own right—foreigners, delinquents, men pushed to the margins of society recognizable only by their smell, which is mostly animal fat that’s been rendered and presumably used to make soap.

The novel opens with the line “I recalled a brook outside town whose current, strangely shimmering, sometimes almost milky, I once followed for miles all autumn or longer, if only hoping to emerge one day from a territory confined, I’ll admit it at last, by the bounds of my weariness.” Weariness for how a person should be in East German society, sure, but also weariness linked to a kind of childhood ennui spurred by sheltering admonishment from parents for playing too long out in the dark—the catalyst of this obsession with darkness that echoes out into a series of epiphanies as the novel progresses.

Our narrator’s communion with darkness opens him up to the horrors of the landscape that make up post-war East Germany and to some extent his very life. Institutions, markets, and anxieties can all trace their roots and rot back to the earth and influence the way the body moves throughout the social fabrics they inhabit. Darkness is the portal through which the narrator makes contact with, “…unknown life, rumored to be dead.”

Our narrator goes on to riff on this passage later in the novel with regards to Germania II: “If you were hired at Germania II your past was dead and buried … no one asked about your qualifications; true, criminals were said to be hiding out there, even old SS men and other lowlifes, but there the past counted as little as the future.” In this vein, Germania II becomes a kind of symbol for the Stasi, or East German secret police: “Here was the haven for low-level staff and quasi-staff from the state security service, the burnouts too mediocre to fall victim to the great purges.” The plant’s mission is pure—to create soap, a cleaning agent—though the means are dirty, laced with death.

Before working in the plant, Hilbig’s narrator describes animal cadavers on hooks and littering the landscape around Germania II, images reminiscent of Erich Honecker’s massive media events with his Stasi subordinates in the Schorfheide hunting estate. Honecker, at that time General Secretary of the GDR, and his men were said to have killed so many animals on the estate that certain species were believed to have disappeared from that region altogether. It was common for animals of the same or similar species to be shipped into the estate from other Eastern Bloc countries. For the media, animal cadavers (sometimes frozen) were displayed in ornate patterns to show Honecker’s hunting prowess to the world.

It’s in light of this imagery that Germania II becomes a kind of open sore resting just above the burnt-out coal-mining shafts, “honeycombing the earth’s interior” on the outskirts of the narrator’s town. A monument, magnet, and system built of and for the outcasts of society. It was pure serendipity to be reading Old Rendering Plant on my trip to the Alamo City.

In remembering the Alamo, I think of it as our very own monument to American post-truth. The Alamo is a physical manifestation of Stasi-like doublespeak, a celebration of white mediocrity, white insularity, and the deep need to claim victory at all costs despite thorough defeat—a strategy for decentering truth not unlike the modus operandi of the Trump administration or its lackeys. To that end, we treat post-truth like it’s a new thing. But ask any seventh grader in Texas and they’ll tell you that white people have been celebrating the Alamo like it’s been a victory since as long as we can remember. The building itself has become a magnet, a pilgrimage site, for the outcasts of American society. They keep alive the curated narrative surrounding it, with the same rhetoric being echoed in extremist American ideology from the Branch Davidian Massacre to the Patriot Movement to Timothy McVeigh’s bombing of an Oklahoma City federal building to the Cliven Bundy standoff to our current conversation on immigration and guns.

When that man said to me, Remember the Alamo, I wondered if he only feared my brown body, not unlike those that scaled the Alamo walls made of limestone brick and mortar. Not unlike that blinding, beige concrete of the fence prototypes burning under the South Texas sun. Those hands hired to erect them not unlike the hands that originally built the Misión San Antonio de Valero in 1718. When he asked me to Remember the Alamo, I wish I could have asked him to remember that my people have always been here. Further back than the memory of that rhetoric might allow. In his mind I know he’s imagining a great invasion. It has never occurred to him that my existence and his are not mutually exclusive. To that end, I wonder if there’s a sliver of him that wants me dead. Exterminated, sliced open by canon fire or bullets. Or simply put away like they put everyone away who arrives at our border in search of asylum. Never mind that I’m from here, that I’ve always been from here. My body is threat, my brownness an insult to the monument of post-truth, to that monument of American exceptionalism.

I might be the only person in the world to grasp some kind of hope from Wolfgang Hilbig’s Old Rendering Plant. It’s hard to articulate the gravity one feels when they’re about to be physically assaulted. But in that moment there was some kind of dark comfort in knowing, if only in my heart, that whatever happened, this man couldn’t deny me the fact that I belonged to this place. As it’s said in many parts of Mexico, you never really belong to a place until you’ve buried someone there. And I have bones and blood and slag buried just above the limestone of San Antonio. Not too far, actually, from the site where the fat of that battle was rendered.