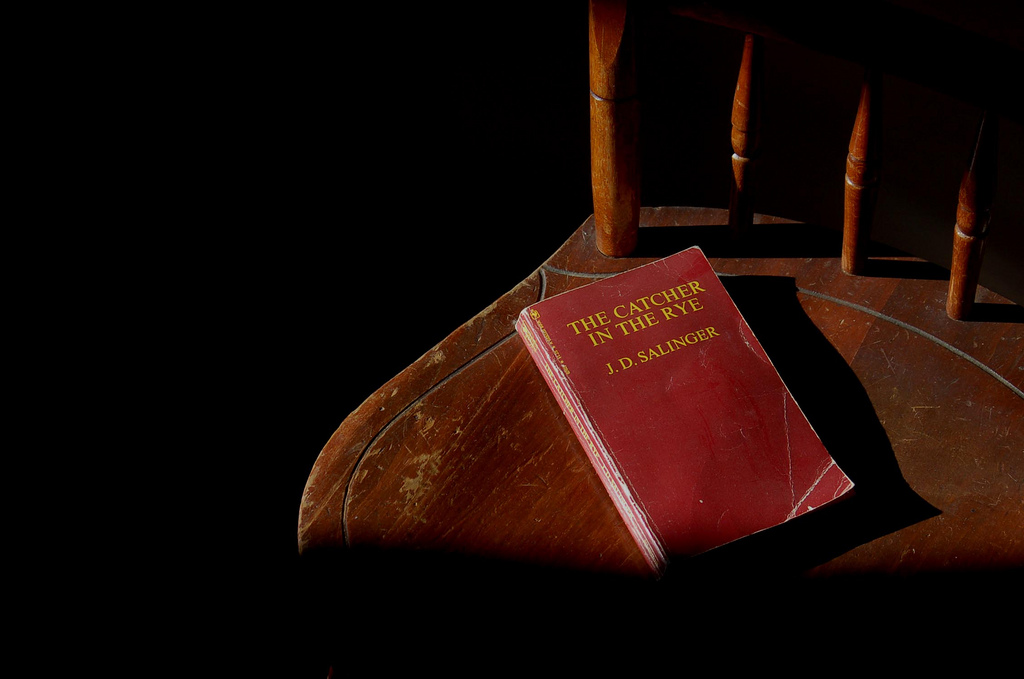 When Joyce Maynard’s 1998 memoir At Home in the World was released, the country was preoccupied with whether the president had, in fact, had an affair with a twenty-two-year-old intern. At Home in the World chronicles Maynard’s own eleven-month relationship with JD Salinger when she was nineteen and he was fifty-three, and the reviews at the time were no more compassionate to Maynard than the media was to Monica Lewinsky. Soon after the book’s publication, critics condemned it as self-serving. When I read this memoir on its twentieth anniversary, though, I understood it as a nuanced exploration of power dynamics in a relationship, similar to the more publicized Clinton-Lewinsky affair.

One critic, who seems to have a personal axe to grind with his old Yale classmate, wrote in an article for Slate, “A friend who has seen her book proposal reports that it is classic Joyce: gossipy, un-prudish, and self-indulgent, with very little information about Salinger’s literary pursuits.” In fact, as Maynard admits, she had never read any of Salinger’s books when she knew him—after all, she was eighteen. This same critic also notes she’s aiming for “the vast, self-regarding ‘victim’ audience.” The New York Post called Maynard’s memoir “shameless.” Twenty years after its publication, though, this memoir is a key text to help us navigate the #MeToo movement’s more important questions—who can give consent, and under what circumstances? Why should Maynard feel shame for being assaulted, manipulated, and controlled by the famously reclusive literary giant? Her choice to write about her lived experiences is not trumped by Salinger’s right to privacy. In its exploration of these issues, At Home in the World is important to our broader cultural reexamination of famous men who abused women without accountability.

Maynard’s story is well-known by now: When Joyce Maynard was a freshman at Yale, she wrote a piece in the New York Times called “An 18-Year-Old Looks Back on Life.” In the days following this publication, Maynard was flooded with fan mail, which she poured over in her dorm room. Among the letters was one from Jerry Salinger, who praised Maynard’s writing. The letter kicked off an eleven-month long relationship between the famously reclusive writer and the young Maynard. After two months of correspondence and visits, she dropped out of college and moved to be with him in Cornish, New Hampshire.

Maynard lived with Salinger, or as she knew him, Jerry, after he had retired from literary acclaim in New York, and right as Maynard was getting a taste of her own literary success. Salinger, much like his beloved character Holden Caulfield, is suspicious of adults’ pretension, and warns Joyce not to sell out, which he defined as attending press events her publisher scheduled for her before her first book’s release. In addition, Salinger systematically isolated and alienated Maynard from her support system. “Jerry Salinger was,” Maynard writes in the book’s preface, “the only religion I ever knew.”

Salinger’s list of rules for Maynard grew throughout the nine months she lived at his Cornish house. “Don’t trust doctors,” he told her. “Less so, psychologists. Don’t trust food cooked over a hundred and ten degrees, people who use the word ‘grand’ to describe something they like a lot. Don’t trust what you read in the New York Times, or the writing of John Updike, anybody who made a movie in Hollywood after the year 1960, or so-called jazz improvisation, or your mother.” These rules haunted Maynard for years after Salinger asked her to move her things out of his house. Salinger was so convinced of his own tastes and preferences as code for more authentic living that Maynard had to learn to trust her gynecologist or to have a healthy relationship with food as an adult.

Salinger was the first man Maynard tried to sleep with, something she wanted to do with him but was never able to—her body clamped up each time, making any attempt excruciatingly painful. He took her to specialists, and in one disturbing scene, forces her to perform oral sex on him. Maynard writes about a naturopathic doctor Jerry took her to see. The appointment was entirely mediated by him: “My friend here,” he tells the doctor, “is anxious to consult you about a problem she’s experiencing that I have been trying to assist her with.” The doctor studies the questionnaire Maynard has filled out for the visit. “Female. Nineteen years old. 110 pounds. Five foot six inches. Experiencing difficulty having intercourse. Frequent headaches.” It’s clear to the reader Maynard’s body is not ready for what Salinger wants, but none of the adults around her seem to recognize her real problem is the controlling older man in the room.

The doctor notes Maynard is tense, instructs her to strip down to her underwear and lie still while she performs acupuncture on her. “Grim-faced, Jerry pays the bill,” Maynard writes. “We hurry out the door. In the cab I cry a little…Jerry puts his arm around me. We say nothing about the experience.”

In an article for Jezebel earlier this year, Frida Garza wrote, “The criticisms of Maynard were staked on two opposing claims: that she was both unaware and also shameless and selfish. Critics also billed her as an oversharer—an irreparably gendered term.” Garza points out Maynard has built a career on oversharing, from her New York Times column “Domestic Affairs” about her life with her first husband and children to her articles on her abortion for Redbook and her breast implants for Self. But as a writing subject, Salinger, to many fans and critics, is simply out of bounds. Perhaps this is because his work is an established part of the American canon, his idealized young characters so resonant with readers that it’s painful to condemn a writer who made us feel recognized during our own adolescence. For many, the art is simply more important than the writer’s own transgressions.

Maynard herself wrote a piece about her memoir for the New York Times earlier this year, and responded to the criticisms of her “oversharing.” She wrote, “What does it say about us that a woman who speaks the truth of her experience should be dismissed for telling more than the world feels comfortable hearing?” The problem is not the individual stories Maynard has told, but that she’s writing at all—at the expense of Salinger.

At Home in the World is striking in the ways all the adults within lack self-awareness, from the former English teacher who drove Maynard to Cornish the first time, to her parents, who felt more flattered than alarmed by Salinger’s attention to their daughter, to Salinger himself. I found the memoir utterly gripping, precisely because of Maynard’s voice, and the story she’s telling, both to herself at the time and to readers now. Maynard is, of course, entitled to use her voice to tell her story.

Today, it’s clear what the critics missed. At Home in the World can tell us a story that would have been lost in the annals of literary history had the world convinced Maynard to remain silent. Lucky for us, she didn’t listen.