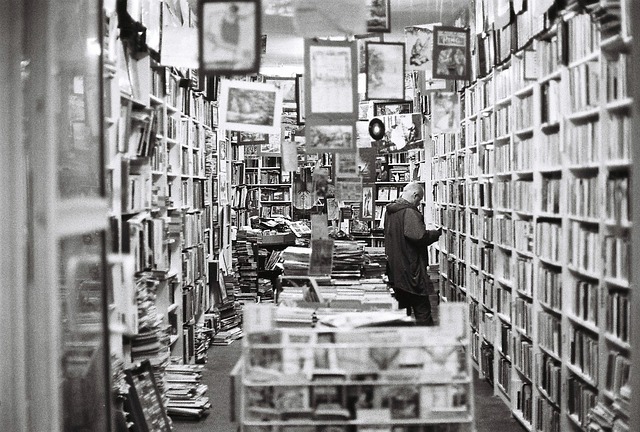 A recent article in the San Francisco Gate announced the imminent closing of yet another bookstore–Borderlands Books, which exclusively sells, according to its website, science fiction, fantasy, mystery, and horror titles. It’s sad news, no doubt, but it’s also—pun unintended but liked—downright scary news.

On its current home page, which you can visit here, Borderlands has written at length about its choice to close. We learn in it the various and considerable trials the bookstore has seen through its eighteen-year history. Also provided is the reason for the closing, the bookstore’s final and insurmountable obstacle: “In November, San Francisco voters overwhelmingly passed a measure that will increase the minimum wage within the city to fifteen dollars per hour by 2018.  Although all of us at Borderlands support the concept of a living wage in principal and we believe that it’s possible that the new law will be good for San Francisco–Borderlands Books as it exists is not a financially viable business if subject to that minimum wage.”

We see independent bookstores closing their doors all across the country, and we understand many of the reasons–the common challenges these stores see in the face of a digital world in which the push of a button is not only an easier but sometimes cheaper means of getting the book. Amazon is of course widely cited as a primary cause for drops in sales, as Borderland mentions in its announcement.

Judith Rosen at Publisher’s Weekly writes on the nuance and a possible solution to the problems bookstores are seeing today. ABA president Steve Bercu, owner of BookPeople, had the “epiphany” to reduce collecting sales tax on bookstores. But one thing is for certain: there are no easy solutions. Rosen ends her piece with a sobering quote from Michael Tucker, owner of Books Inc.: “[This trade] is always going to be in crisis.”

It would seem almost insulting for me make a case for the vitality and necessity of bookstores—that’s just so apparent. But what I’m grappling with, in the case of Borderlands and more closings likely to come, is that I can’t see myself arguing against either thing—a higher minimum wage, or anything that would threaten the often already fiscally precarious bookstore. We have a responsibility to be patrons of these bookstores, to be literary citizens. The reality seems grim–but if books have taught me anything, it’s that there’s nothing that can’t be overcome.