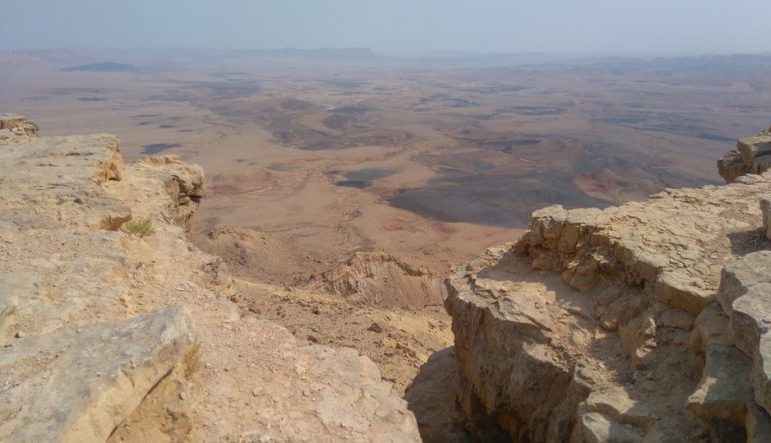 This month marks my eighth anniversary of living in America.

When I moved here from Israel in 2010, as an American citizen who is fluent in English, I assumed fitting in would be a cinch, but I was constantly surprised by the little things that threw me off: forgetting to calculate sales tax, exchanging phone numbers with new friends who then never responded to texts, and the overwhelming need for Hebrew. This need had me calling up the one other Israeli I was close with to ask her to please meet me for dinner so we could talk in a language I couldn’t just read and write but truly understood.

These dinners had me falling into rabbit holes of Israeli music on YouTube, and had me nostalgic for the poetry I liked in high school—modern Israeli poetry, groundbreaking in its time, now slowly growing obsolete. I’m clingy toward the art that made me, the works I first saw when my eyes allowed me to begin seeing clearly. Though my translation work introduces me to new writing from Israel all the time, part of me holds on to what I loved before I moved as the last art to be produced in Israel.

But the new can’t help but explode its way in, and that’s what happened this month with the poem “Ewer Toccata” by Saar Yachin. (The title and all following excerpts are translated by me. It’s still a work in progress, and it’s a challenging translation, so bear with me here.) The poem depicts the surprise that Yachin—a poet, translator, and musician—experienced when he moved to the desert town of Mitzpe Ramon in southern Israel and was hit by divine inspiration. “I went to the desert to find quiet,” he writes. “Boom! Ewers of poetry.”

When I moved in with my Israeli husband, Hebrew became the ruling language in our home, and, with it, the craving abated. We listen to music in Hebrew, English, and other languages; read plenty of new Israeli literature; and even occasionally watch Israeli television. Now that we have a child, we read him the same Hebrew books that were read to us as children and sing him the same songs we’ve known by heart since kindergarten.

Sometimes my disillusionment with so much of what Israel stands for, my aggravation with how its politics, social hierarchy, gender relations, financial corruption, and growing bigotry have made its future murky, manages to taint my enjoyment of all the beauty its landscape, culture, and art has to offer. This summer, as I visited my homeland, I was surprised by how much of what is lovely about it I’d managed to suppress in the years since moving to the US. The heat at the beach was not so intense as to eliminate the gorgeous serenity of the Mediterranean. The sun around the Sea of Galilee is not so blinding as to bleach out the beautiful banana trees and pillowy mountains. The aggressive traffic does not make an afternoon spent in downtown Tel Aviv anything less than brimming with subversive creativity.

Moving away from something, both physically and emotionally, does not lift the weight it places in your heart. The palm trees, the blue on blue of the shoreline, the crumbling houses of southern Tel Aviv, the languid cats on kibbutz lawns. They are not lost, and one look at them makes my heart jump and my mind start racing with memories of the old and inspiration of the new. Similarly, parting from his urban life of bohemian creation in favor of life in the desert does not pull the need to write out of Yachin’s heart. On the contrary, the need to write has beaten him there. To Yachin, moving to the desert to try and rest his mind is like dropping a child in a room full of toys and telling him, “Just sit quietly.” He cannot leave a stone unturned:

Picking up and flying off through crevices, cliffs, and inlet
That crevice and cleave and alight
Between bluffs and angels.
I picked up a stone to stay on, carried it to comprehend,
Struck ewers, was manipulated by measures.
I went to the desert.
I saw mad images.
And what does a madman do?
You’re looking at it.

This month I also read The Dharma of the Princess Bride: What the Coolest Fairy Tale of Our Time Can Teach Us About Buddhism and Relationships by Ethan Nichtern. For anyone interested in meditation and fostering compassion, and anyone fond of The Princess Bride, The Dharma of the Princess Bride helps the reader navigate the mellifluous seas of new age mindfulness overload and find some simple, solid reasons to bring more compassion and intention into one’s life. One of my favorite chapters deals with the myth of romantic salvation fed to us by classic fairytales and Hollywood comedies. Nichtern argues that the image of “the one,” our eternal true love, has become an atheist stand-in for the concept of god: a singular character that can offer salvation, absolution, and the elimination of all shortcomings. When we imagine ourselves in the throes of true love, the image comes fully equipped with a new and improved version of us, one that lacks all those pesky little flaws and idiosyncrasies that make us us. “At one time or another,” he remarks, “you fall victim to the myth that the perfect person might just come along and save you. Save you from what? What do you need to be saved from? The only thing that any human being has ever really wanted to be saved from: dealing with your own mind.” As Nichtern points out, there are no real Buttercups, no quick fixes. We carry our weight with us wherever we go, and the only thing we can do about it is try to live in peace with ourselves, to do a delicate dance of acceptance and transformation, and try to make friends with all those madmen in our heads.

I’m not sure if Yachin was trying to fix himself, or what weight he hoped would be lifted. But when he went to the desert and saw that it was full of all the lunacy of his mind, he leaned in. “I went to the desert to search for a forecast for the feasibility of the possibility of quiet,” he writes. And elsewhere: “Not even close. I was showered with ewers.” And again: “I saw mind-boggling images. I saw nine measures of poetry, streaming foaming breaking and refracted. Nine measures of poetry pouring to pull out any root of understanding.”

The different parts of me have no other way to live but side by side. The leftist liberal that watches with horror as my birth country spirals into an oblivion of intolerance and balks at the aggressive discourse out on the street as well as on the news shares my mind and heart with the softhearted patriot that loves the intimacy of direct speech and superfluous physical touch, that feels protective of her country whenever it is criticized by the world, that enjoys being teased for how “American” (read: vegetarian, feminist, politically correct) I’ve become. I can grow detached from this country that I love and fear; I can look elsewhere for a home and decide not to return to it. But that doesn’t mean the thirst for it isn’t there.

Nichtern says, “It is true: nothing is going to ‘work out.’ Or, rather, whatever does work out will eventually come unraveled…. You win, impermanence. You will always win.” And Yachin seems to lament and celebrate all at once: