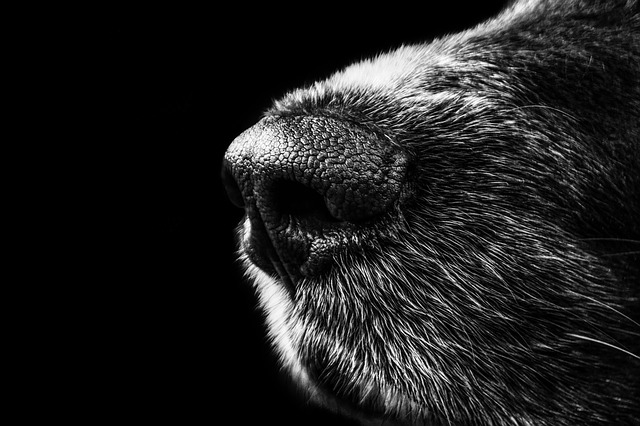 How to express the unsayable in language? If there is one shared pursuit among writers, it is perhaps this: to capture an elusive essence, to paint emotion with words. In her debut novel Spill Simmer Falter Wither, Irish author Sara Baume meets this enduring challenge to astonishing effect, adeptly portraying the searing core of loneliness, the bright pulse of resilience, and that most heart-expanding act, empathy. Like her contemporary Eimear McBride, Baume sketches the contours of such vast sentiments with a slantwise brilliance that defies expectation. Employing exceptionally original prose and a fluid point-of-view, Baume elevates a seemingly simple story about a misfit and his one-eyed dog into a profound depiction of the harsh reality and strange beauty of being alive.

Released this spring from the new independent Irish publisher Tramp Press, Spill Simmer Falter Wither was later acquired by Windmill Books, which will publish a trade paperback of the novel next month. Most recently, it was named the Readers’ Choice nominee on this year’s longlist for the Guardian First Book Award. Such attention is undeniably deserved, albeit surprising in that, at first consideration, the book should not work as well as it does: it breaks rules, the sort generally considered to be fixed. There are frequent dream sequences. There is a paucity of action. Rather than chapters, the story is divided into the seasons evoked by its title, and portrays events at a corresponding pace. Perhaps most audacious is that the novel contains almost no conventional dialogue; rather, it charts the inner consciousness of a recluse who lives in a ramshackle house on the edges of an Irish fishing village. Following the death of his father, he adopts a mutilated dog bred for badger baiting, to whom the bulk of the novel is addressed. This monologic structure emphasizes the narrator’s alienation, forming something of an echo chamber for his singular voice as it swoops, uninterrupted, between first and second person: “I’m fifty-seven. Too old for starting over, too young for giving up. My name is the same word as for sun beams, as for winged and boneless sharks. But I’m far too solemn and inelegant to be named for either, and besides, my name is just another strange word sent from the mouths of men to confuse you, to distract from your vocabulary of commands.”

Yet what flows forth in the absence of traditional conversation is precisely what makes the book so powerful. Through Ray and his mongrel companion, Baume illuminates essential aspects of life that are often drowned out in busy chatter, or overlooked in our haste to self-project. An urgency for observation arises in Ray’s empathetic identification with the literally-named One Eye, who possesses an awareness of the slightest sights and sounds: “You know the curt compression of air which signals the opening of the fridge, the click of the cupboard’s magnet, the whirr of the springloaded drawer. You know the screech of the spatula against the base of a margarine carton, and you know this means it’s ready for you to slather out. You know, when I eat an apple with a paring knife, the exact angle my hand takes when I pare a piece especially to toss to you.” During a trip to the beach in which One Eye cavorts across the landscape, following a labyrinth of invisible smells, Ray reflects on the dog’s behavior: “How can you be so unremittingly interested? How can every stone be worthy of tenderly sniffing, every clump of grass a source of fascination?…I wish I’d been born with your capacity for wonder. I wouldn’t mind living a shorter life if my short life could be as vivid as yours.”

Of course, in considering the world from One Eye’s physically limited view, Ray has already expanded his own curiosity. This effect extends to the reader, as well—through the sustained use of second person, I found myself drawn into intimate association with the canine mind: “Listen to the blackbird bug-hunting beneath the celandine, to the tap of the mussel dropped by a hooded crow against the tarmac;” “See the rhododendron and laburnum getting ready to rupture, the forsythia and the willow, weeping;” “Smell the rot and fish and tang and wet…taste the salted spray of crested waves on the buds of your lolling tongue.” When Ray dreams, it is not as himself, but as One Eye. In a similar way, Baume’s precision of detail shaped my own attention, providing a quiet reminder of how dull and one-dimensional it is to reflect upon the world through the human gaze alone. “I have inadvertently trained you,” Ray tells One Eye. “But you have trained me too.”

Ray and One Eye form two poles in their shared world: man and beast, withdrawn and wild, abandoned and adopted. Only in each other do they find balance. Such companionship inclines toward the saccharine, yet Baume’s unflinching descriptions likewise ensure equilibrium in tone; One Eye, with his aggressive behavior, twitching “maggot nose,” and scarred lip from which “gossamer ribbons swing…and form a viscous puddle of drool” can hardly be equated with a lovable pet. In the same way, Baume eases Ray’s melancholic musings with attentively placed notes of whimsy: though his salmon-colored home carries memories of an intensely painful past, Ray nevertheless notes how the roof is “dusted with green down and rimmed by tiny hedgehogs of moss.” Despite being consumed by sorrow, anxiety, and anger, Ray never turns so far inward as to lose sight of his surroundings. Like the rhythms of the landscape that trace the self-aware characters in Virginia Woolf’s The Waves, the four sections of Spill Simmer Falter Wither carry the movement not only of the seasons, but of life itself: ever-changing, and yet caught in recurrence. Even when a traumatic incident sends Ray and One Eye driving across the countryside, they move at a rambling pace—a stillness rarely embraced in fiction, though it is precisely this absence of action that creates room for Ray’s thoughts to resound: “When I was about as tall as the letter slot and riding in the back of my father’s car, we were passing through town one day, driving along the main street, and I remember seeing a woman through the window, standing in her doorway. After a moment, she turned and went back inside, closing the door behind her, and then of course I couldn’t see her anymore. I know it doesn’t sound like much, but it was the first time I realised that other people’s lives go on. All of the time, out of sight and without me.”

Like One Eye—like all of us, really—what Ray experiences remains unspoken, unknown to those around him: the regatta revelers and the old postmaster, the “wearers of swimsuits and preparers of picnics,” the families “zipping through the village in their fat cars.” To reveal the depth of his being thus requires rare perception—in this case, a dog with a “lonely peephole” and native language of scent, who can “hear all the things I can’t anymore, all the things rendered soundless by familiarity.” Eschewing a traditional approach to language, Spill Simmer Falter Wither gives utterance to experiences that hover beneath speech, transporting the inner life of an outsider onto the page by projecting through an animal eye: “Do you remember the lichens, limpets, barnacles, periwinkles, anemones? The sea pinks and chamomile? Do you remember the rocks? Now remember how everything clings to them, how every surrounding life-form must hold fast to the nearest solid thing in the modest hope that it will sustain them.” With unusual discernment and unsparing honesty, Baume creates something larger than any direct approach to emotion could accomplish. Like all great literature, Spill Simmer Falter Wither is not a book to be read, so much as felt.