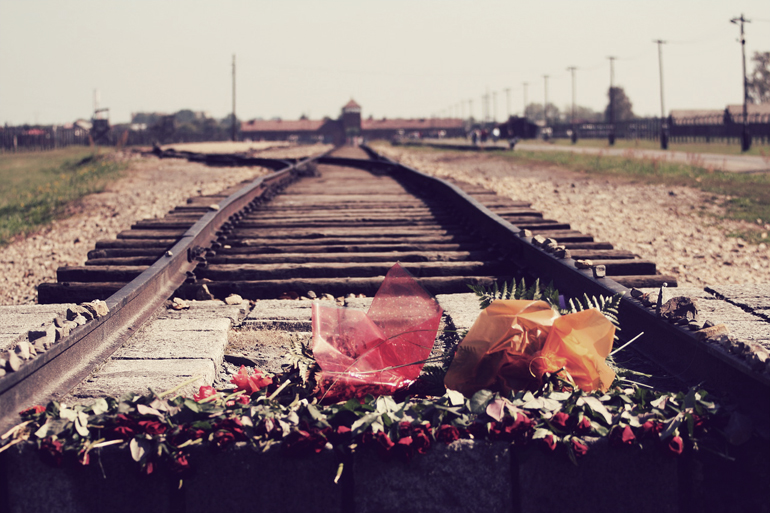 I first read Sophie’s Choice the summer after I graduated from college. I don’t know why I waited so long. I had spent large portions of my childhood compulsively reading Holocaust memoirs. My mother, a children’s librarian, made phone calls and drove me to libraries in other towns to find more. I had a strong preference for memoirs over fiction because I knew the narrator would survive. Almost everyone she loved would die, but she would live and eventually write the book I held in my hands.

In Sophie’s Choice, the narrator lives, but he’s not a Holocaust survivor. Stingo—an aspiring young novelist—is a white Protestant Southerner racked with guilt over slavery, the continuing subjugation of black people in his home state of Virginia, and the fact that although he enlisted to fight in World War II, he did so mainly to fight the Japanese, a foe characterized by Americans in a distinctly racist way. He meets Sophie, a Polish Catholic survivor of Auschwitz, in Brooklyn after the war.

Who was Stingo to write about the Holocaust, to tell Sophie’s story? And who was I, a Catholic growing up in a Boston suburb in the 1980s, to devour the distinctly Jewish stories told in the memoirs I read, to dwell on them as I did? I recognized in Stingo a shared, possibly inappropriate interest.

Sophie’s Choice remains one of my favorite novels, but it’s deeply controversial. A major critic of the book, Alfred Rosenfeld, viewed it as revisionist and disagreed with Styron’s decision “to take the Holocaust out of Jewish and Christian history and place it within a generalized history of evil.” Rosenfeld’s arguments and the ethical implications of Styron’s approach are explored thoughtfully by Sylvie Mathé in “The ‘grey zone’ in William Styron’s Sophie’s Choice.” She concludes that “Styron . . . lets himself get caught in a double bind, privileging the literary imagination and the process of interpretation over the rights of history.”

I find Rosenfeld’s and Mathé’s arguments compelling, but the tale of Stingo, Nathan, and most of all Sophie—with its excruciating pain and unlikely humor—still absorbs me utterly. I reread it in the days following the attacks on the World Trade Center. I reread it again after my father died. Recently, as the government of the United States took a sharper turn toward authoritarianism, I reached for it again.

That same week, I also clicked on an article by Robin Chancer, “How to Stay Sane if Trump Is Driving You Insane: Notes from a Therapist.” I know the eye rolls a title like that might earn. And I know this administration isn’t just happening to me, that it is in fact directly affecting me way less than it’s affecting lots of other people. But still I clicked, and I’m glad I did, because there was Chancer, a therapist, saying:

Individual psychology is hugely influenced by political realities. Many of us feel insane right now because our world is not sane. Current events are very much at odds with our natural optimism, and our belief in human goodness and progress.

I can’t remember a time when I believed in human goodness and progress. That probably has something to do with my early choices in reading material. Chancer goes on to argue, “History teaches us that many arcs of history did not ‘bend toward justice.’” And that “blind faith in progress” is not helpful.

One of her suggestions for coping with this administration is “radical acceptance and dialectical thinking,” using concepts from Dialectical Behavior Therapy (DBT).

Remember that acceptance is not condoning. To accept is not to say, “This is okay.” It is to say, “This is what is.” Notably, radical acceptance often drops us into a state of grief, as we come to terms with hard realities. We may find ourselves in a place of deep sadness. If so, allow time to feel and honor it.

Much has been written about the capacity of literary fiction to teach readers empathy. I believe reading complex stories can also be a road to the radical acceptance Chancer describes. “This is what is,” I learned again and again, as I read memoir after memoir. Humans had really done this to other humans. It was something I needed to learn, to integrate into my understanding of the world I lived in, and one book was not enough. My mother knew that, and I’m grateful. I return to Sophie’s Choice when I need to integrate a new and terrible reality—a personal one like the death of my father, a national tragedy like 9/11, a government that hurts more people every day. I don’t mean that any of these events are equivalent to the Holocaust. I only mean that they are hard to accept.

Chancer urges dialectical thinking as a way of moving toward acceptance:

People are complex webs of goodness, love, selfishness, and aggression. Allowing the co-existence of opposites is the essence of dialectic. Individuals are not selfless or selfish; they are selfless and selfish. . . . Embracing ambivalence, paradox, and shades of gray promotes a sense of wholeness and flexibility.

[Experiences] presented in literary fiction often disrupt our expectations. Readers of literary fiction must draw on more flexible interpretive resources to infer the feelings and thoughts of characters. That is, they must engage [Theory of Mind] processes. Contrary to literary fiction, popular fiction, which is more readerly, tends to portray the world and characters as internally consistent and predictable.

The characters in Sophie’s Choice are full of contradictions. Stingo is motivated to help and listen to Sophie largely because he is attracted to her. Nathan, Sophie’s abusive, drug-addicted lover, has transcendently kind moments. And of Sophie, Stingo writes:

If Sophie had been just a victim—helpless as a blown leaf, a human speck, volitionless, like so many multitudes of her fellow damned—she would have seemed merely pathetic, another wretched waif of the storm cast up in Brooklyn with no secrets which had to be unlocked. But the fact of the matter is that at Auschwitz (and this she came gradually to confess to me that summer) she had been a victim, yes, but both victim and accomplice, accessory—however haphazard and ambiguous and uncalculating her design—to the mass slaughter whose sickening vaporous residue spiraled skyward from the chimneys of Birkenau . . .

Chancer cautions against both optimism and pessimism, advocating mindfulness instead: “shifting our attention—repeatedly, resolutely—back to the present moment.” This is what Stingo does at the end of the novel. After a drunken, grief-stricken evening at Coney Island, he wakes up on the beach to “the blue-green sky with its translucent shawl of mist; like a tiny orb of crystal, solitary and serene, Venus shone through the haze above the quiet ocean.” He realizes some children have covered him protectively with sand.

“Mindfulness is not about forgetting,” Chancer says, and Stingo doesn’t forget. As a much older man, now a successful writer, he looks back at his journal from that summer:

At this point in my reading and writing life, I can’t ignore the problems with Styron’s approach. At the same time, the book continues to move me and will always be a touchstone. This is dialectical thinking, too, and it’s uncomfortable but necessary.

I return to Sophie’s Choice because of the journeys contained within it, and because I know it ends on the beach with this brief paragraph, a hard-earned new starting point:

This was not judgment day—only morning. Morning: excellent and fair.