Home
»
Uncategorized
»
The Art of Wikipedia 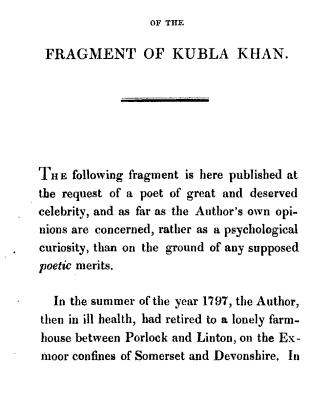 Samuel Taylor Coleridge’s poem Kubla Khan, only fifty-four lines long, was never completed. The reason? According to Coleridge, he was interrupted by the Person from Porlock and subsequently lost his inspired creativity.

“Though he still retained some vague and dim recollection of the general purport of the vision,” Coleridge wrote of the incident, “all the rest had passed away like the images on the surface of a stream into which a stone has been cast…”

While this story is not universally accepted as fact, it’s one of the many interesting ones that I found through an excerpt of Ray Cadaster’s most interesting articles on Wikipedia. (The full list is unfortunately a secret, and Cadaster’s Wikipedia page has been removed.) I soon found myself losing hours exploring even this truncated version of the list, and the other entries provided by dozens of commenters.

Ever heard about the Indian bandit Veerappan, who evaded arrest for over twenty years while maintaining a small army? Or John Cage’s composition Organ²/ASLSP (As SLow aS Possible), which began its performance in 2001 and will continue until September 5, 2640?

Some rang surprisingly close to home. Raymond Robinson, for example, also known as The Green Man, was an urban legend in a town close to my fiancee’s family, a severely disfigured man whose years of nighttime walks grew into a Pittsburgh legend. And how many friends’ parents have I found out to be involved in the Ivy League nude posture photos, where all the incoming freshmen at certain Ivy League and Seven Sisters colleges during the 1940s through the 1970s were photographed to gauge the rate and severity of rickets, scoliosis, and lordosis in the population? 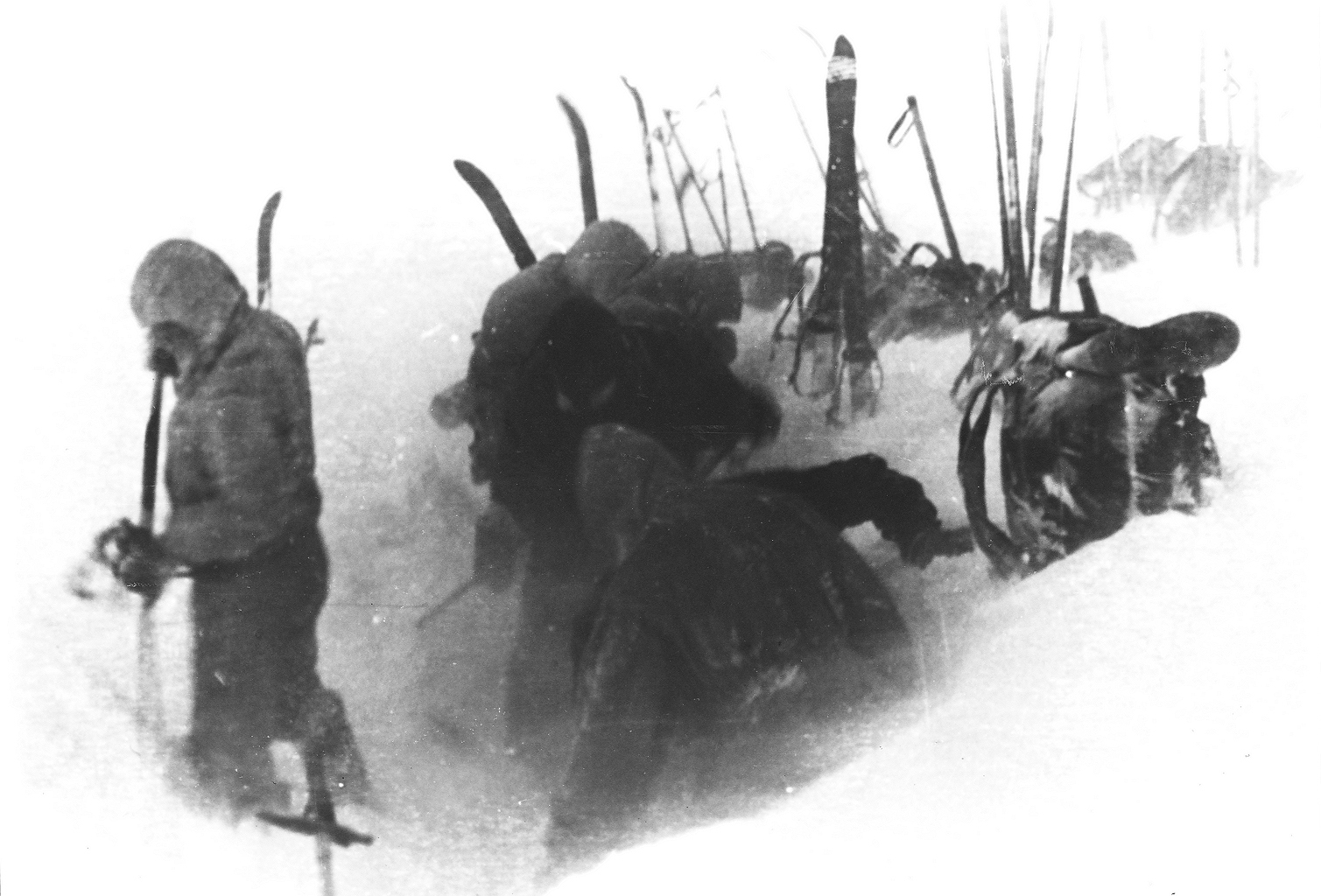 Skiers setting up camp at about 5 P.M. on Feb. 2, 1959. Photo taken from a roll of film found at the camp of the Dyatlov Pass incident and annexed to the legal inquest that investigated the deaths.

One thing that surprised me was the lack of outside creative work covering most of these topics. Many of the articles on the list write their screen adaptations themselves, including the Dyatlov Pass incident, where nine ski hikers mysteriously died in the northern Ural mountains. Although the corpses showed no signs of struggle, many of them were undressed, one had major skull damage, and two had major stress fractures.

Or there’s the mysterious disappearance of twenty-year-old Frederick Valentich while piloting a Cessna 182L over Australia’s Bass Strait—who first reported to Melbourne air traffic control that a “strange aircraft is hovering on top of me again. It is hovering and it’s not an aircraft.” And then there’s the Boston Molasses Disaster of 1919, when a large molasses storage tank in the North End burst and sent a wave of molasses through the streets. That could be the most bizarre disaster film ever made.

Wikipedia co-founder Jimmy Wales once said that the real reason the site grew so fast was that “it is fun and addictive.” While it is indeed an encyclopedia, in many ways it also resembles a game. “It’s a community where you hang out a bit, and do something that’s a little bit of fun,” Brion Vibber once remarked at Google. “You whack some trolls, you build some material, etcetera.” I can’t begin to imagine the thousands of users and “editors” who have provided some of the most idiosyncratic, messy, funny, and shocking historical tidbits, most expertly researched. 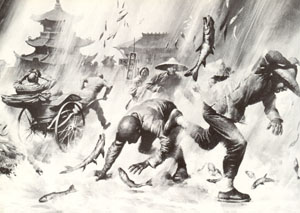 Rain of fish in Singapore, as described by local inhabitants

The good news for writers is that all this is a great creative prompt—one I may well use myself in the future. I could write a story involving raining animals or a serial killer who practiced anthropodermic bibliopegy (the practice of binding books in human skin). Maybe even a story from the point of view of Saint Dismas, the unnamed thief who was crucified alongside Jesus. As Nicholson Baker wrote, “It’s like some vast aerial city with people walking briskly to and fro on catwalks, carrying picnic baskets full of nutritious snacks.”

So tell us: what’s your favorite Wikipedia article? List in the comments below.

Until then, here’s an extra time-sucking bonus found on Wikipedia, the motivational video Be Somebody … or Be Somebody’s Fool, hosted by Mr. T. You can watch the entire video here.