What should you be reading this year at the beach, on the road, and on vacation? Check out our list for this summer’s best picks. 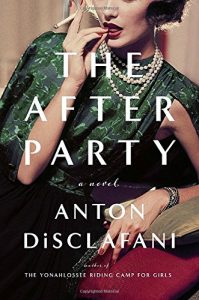 The After Party
Anton DiSclafani
Riverhead
May 17
$26

Anton DiSclafani’s writing could make even a grocery list sexy, and her sophomore novel does not disappoint. In The After Party, DiSclafani takes us back to 1950s Houston where the oil flows as fast and as strong as the booze. In a culture where men prefer to seize women just as they do oil profits at the bank, it becomes a matter of eternal consequence for a young woman to choose her friends wisely—and to do what she must to keep them.

Joan Fortier and Cece Buchanan are such close companions, they even share the same first name. They’ve both witnessed each other’s most severe and secretive moments, from the death of Cece’s mother to Joan’s appetite for wild and indiscreet men. But as they grow and Joan starts to buck beneath the social confines that Cece has learned to live by, the bond between them cracks and fissures. Joan has secrets to keep, and Cece becomes increasingly determined to expose them, even at the expense of her husband and child. No longer young girls at play in the shadow of towering Texas mansions, both Joan and Cece must choose whether to sacrifice what they hold most dear in order to survive the labyrinth of wealth and privilege that grew them.

In a moment of intimate honesty between the deepest of friends, Joan tells Cece that she “had never been anything more than a girl whose entire life had been paid for by men.” DiSclafani writes about the tangles of devotion with flourish and candor, and The After Party celebrates the adamant and tender flame that passes from one female heart to another. 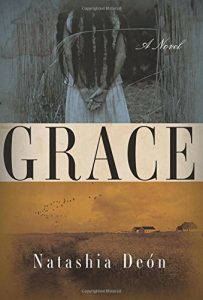 A novel of subtle daggers, Natashia Deón’s Grace begins before the Civil War with fifteen-year-old Naomi, whose mother offers her own body to fulfill Massa Hilden’s breeding schemes in order to spare her daughters. Once Naomi is discovered, she runs out of Alabama and into Georgia, where she finds refuge in a brothel run by a white woman. There Naomi falls in love with the fair-skinned pianist by the bar, who ultimately turns her into a mother—and a ghost—of her own.

Deón knits together two parallel time periods—before the war and after—into a story that reverberates against itself, as so many tales of mothers and daughters do. After Naomi’s death, her spirit remains behind as she witnesses her daughter Josephine grow into a young woman whose fair skin catches the wicked eye of the plantation mistress’s brother. Without the strength of a beating heart or the weight of a body, Naomi hunts for a way to protect her daughter and reckon with what it means to be free.

Grace is a spellbinding debut about race, the abiding bond between mother and child, and the tenebrous question of how the dead remain. 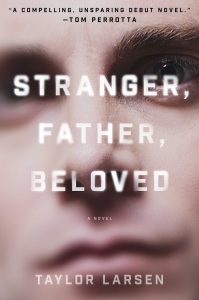 Stranger, Father, Beloved  is part psychological inquest, part intimate portrait of a well-to-do family in Rhode Island with an ineffectual and miserable father at its helm. Michael longs for the days of intellectual solitude he spent with his roommate Alex at Yale, and no one in the family—not his doting wife Nancy, his skeptical daughter Ryan, nor his sweet son Max—is able to satisfy the desires even Michael himself can’t understand.

When Michael spies his wife talking to a landscaping contractor at a party, he thinks he’s found the solution. John—a compassionate man still healing from the wounds of a divorce—seems to be the perfect man to replace Michael in the family he feels he’s failed. As Michael invites John into his home, he embarks on a psychological bender he and his family may not recover from.

Larsen has created a mercurial and sympathetic almost-villain in Michael, of whom she writes that “a life of pretending had spawned an evil twin who would not leave his side.” A book of duplicities, secrecy, and ultimately love gone awry, Stranger, Father, Beloved charts the course of a man’s psychological descent with a meticulous eye and a ruthless hand. 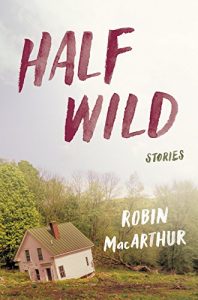 In her debut work, MacArthur delivers a fierce story collection set in the heart of Vermont. Half Wild features a cast of characters that range from adolescent girls on the verge of self-discovery to nostalgic hippies to men broken by their regrets. MacArthur’s Vermont is a wildland in which the landscape itself becomes an act of memory, and the characters must reckon with all the ways the past strangles the present.

In “Maggie in the Trees,” a loner explores the woods and his heart with his best friend’s wife. Two friends weather the Vietnam War in a brokedown ‘57 Ghia named “Karmann” while they wait to see if a beloved will return home. A grandson’s hateful crimes lead his grandmother to remember a youthful love that never got a chance in “God’s Country,” and a brother returns home twenty years after his family splintered “Where Fields Try to Lie.” Each powerful story in this collection becomes part of a fearsome whole, one that celebrates the ways in which memory itself is half wild.