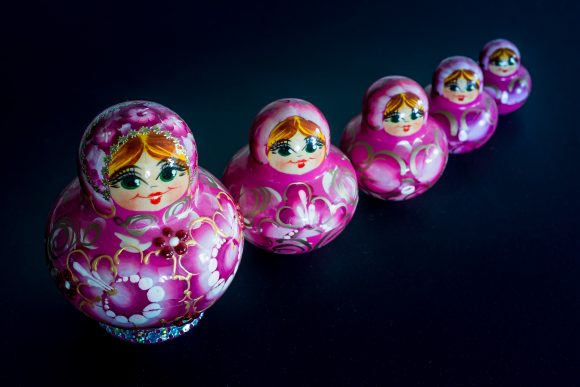 Every word carries with it a connotative meaning, a definition that stretches beyond what can be found in the dictionary, and takes into account the situation the word is used in, and the experiences of the person hearing the word. Edwin Madu uses this notion to his advantage in his short story “Missing Things” published by Okey-Panky in July of this year. By continually shifting the connotations surrounding the word “missing,” Madu expertly reveals the secrets lacing a family’s past.

This piece of flash-fiction starts off with a statement: “Things go missing all the time in our house.” Immediately, the reader wonders what has disappeared. And why? But beyond this initial reaction, the connotations surrounding the idea of missing objects can cover a wide spectrum. For some readers, the first sentence may lend an air of mystery, leading them to believe something sinister or otherworldly is making these objects disappear. For others, this line may evoke a domestic scene, where misplaced items are a part of everyday life. Whether it is frustration, familiarity, or something a bit darker, every reader, whether they’re conscious of it or not, has already begun to put themselves into the story.

It’s in the second sentence that the reader gets their first indication that the word “missing” is all relative. The narrator, Rumi, says that these disappearing objects are being taken out of the house as part of a game he and his little brother, Kaito, play at night. “The rules of the game are simple; grab something and throw it as far as possible into the bush in front of us.” The reveal of the game snaps the reader away from their own connotations and brings them into the world of story. Something that seemed normal, annoying, or sinister in one sentence, turns into child’s play in the next.

These items that have been tossed into the field behind the brothers’ house are not chosen at random: “The things we throw are usually the things we do not like seeing in the house anymore, like the cane my father used on us, or the cigarette packets my mother hid in her panties drawer.” And just like that, Madu morphs what these discarded objects mean. The game is no longer just a game. It’s a survival tactic.

When Kaito throws a Russian nesting doll into the field, Rumi becomes angry with his little brother. The doll was a gift to Rumi from their father, “from a time when he used to travel, a time before he lost his job and started drinking and beating me and our mother.” And there the reader has it, the original “missing thing,” which is something much less tangible than a cane or a doll, but no less real.

In the end, at Rumi’s urging, Kaito ventures out alone into the bush behind the house to retrieve the nesting doll. Here, he not only finds the doll, but the cane and the cigarettes and a hole filled with everything else the two brothers have tried to expel from their life. Rumi, who remains standing on the edge of the bush, has still not seen these found objects with his own eyes—it’s still possible for him to keep these things hidden. But instead, he follows in the footsteps of his little brother. “I hesitate but soon I start to move in the direction of his voice, he is giggling now as I draw closer.” Kaito, who is too young to remember any happy memories of their father, looks upon these items with glee, climbs right down in the hole with them. Through his eyes, this is all part of the game.

But we don’t see or hear how Rumi reacts to the discovery of everything he’s worked so hard to banish. Madu has done such a magnificent job of never letting the ideas behind these missing objects rest—the reader can only imagine that this discovery will reshape Rumi’s world view again. Into what? That remains to be seen. This deliberate ambiguity brings the final shift back out onto the reader. Once we’ve let something into our life, can we ever truly forget it? Or are all of our missing things sitting in a hole in the ground, waiting to be stumbled upon?